Social housing agency has proposed a raise of 1.2 per cent in 2021 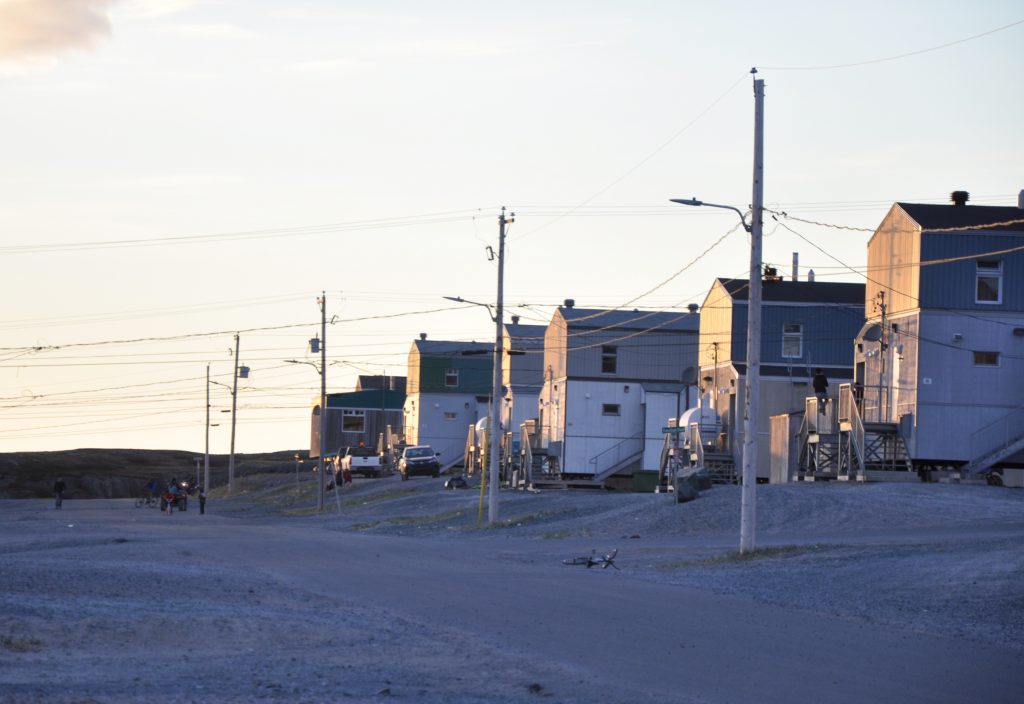 A quiet street in Umiujaq. Nunavik’s social housing agency said tenants in the region will not see any rent increase this year. (Photo by Sarah Rogers)

Nunavik’s social housing agency says tenants will not see an increase in their rent this year, thanks to a gesture from the province to ease pressure on renters during the COVID-19 pandemic.

The Kativik Municipal Housing Bureau said it has been in ongoing talks with the Quebec government and its social housing agency, the Société d’habitation du Québec (SHQ), in an effort to lower the amount by which rent increases each year for social housing tenants.

Although the organizations have not yet come to an agreement on a new scale, the KMHB said the province has agreed to leave rent as is for 2020-21.

“Andrée Laforest [Quebec’s Minister for Municipal Affairs and Housing] heard the message of the Quebeckers,” the KMHB said in a news release on Tuesday, May 19.

“She announced that there will be no rent increase for social housing in the whole province of Québec to give a break to tenants during this crisis.”

The KMHB houses about 98 per cent of Nunavik’s population—roughly 14,000 people—in about 3,468 housing units.

The KMHB has been in talks with the province as far back as 2013 about a rent freeze for Nunavik, where social housing tenants have seen increases to their rent of eight per cent a year since 2010.

The parties finally agreed on a revised rent scale for the region in 2017, which saw annual rent increases drop from eight to six per cent per year until 2019.

Without a new agreement in place, the KMHB will maintain that rent scale until June 2021, at which point they’ll have to renegotiate.

“SHQ showed openness and came with an appreciable proposal of 1.2 per cent rent increase [for next year], which is lower than the actual consumer price index,” the KMHB said in its release.

Earlier this month, the SHQ announced an interest-free loan of $1,500 in rent payment support for tenants whose incomes have been reduced due to the pandemic.

For its part, the KMHB said it has seen a slight drop in rent payments over the last couple of months, something the agency believes could be due to reduced services and office closures.

Typically, eviction notices start to go out this time of year to non-paying tenants. This year, however, the Quebec government has suspended all evictions until further notice due to COVID-19.