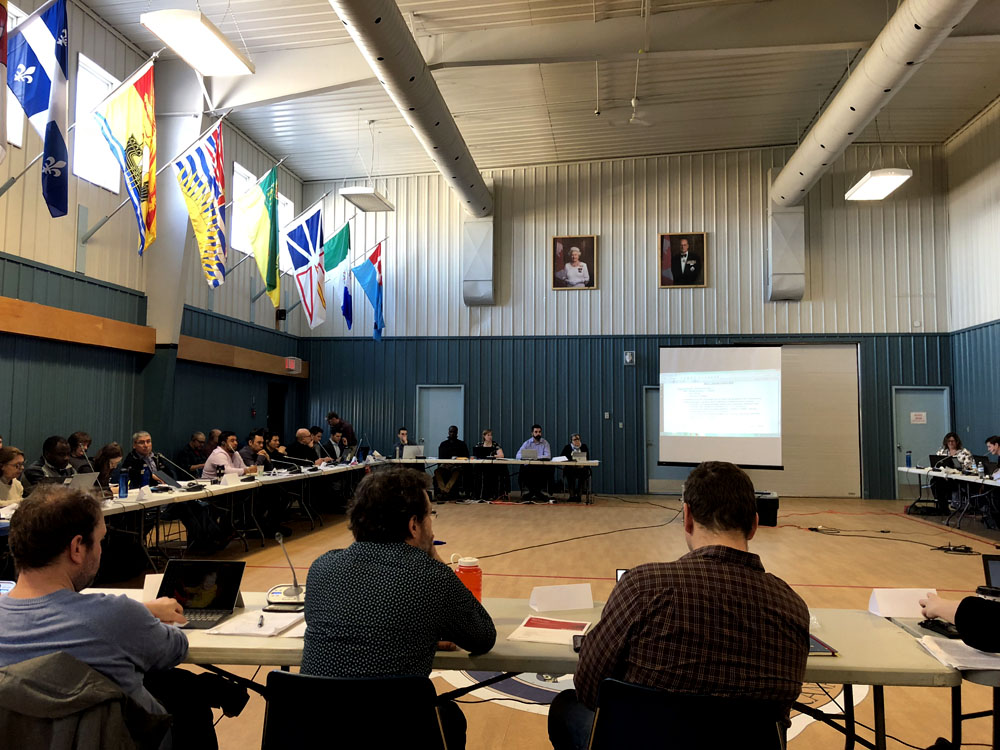 The Nunavut Impact Review Board has dismissed a motion from Baffinland Iron Mines Corp. to restart the final public hearing for the expansion of its Mary River mine on Oct. 30 for two weeks. (File photo)

The Nunavut Impact Review Board has rejected a motion from Baffinland Iron Mines Corp. to hold a two-week final public hearing on the phase two expansion of its Mary River mine, starting on Oct. 30.

The NIRB outlined its reasons for the decision in a news release issued on the evening of Monday, Aug. 24.

“The NIRB’s decision for not granting Baffinland’s motion to schedule the reconvened public hearing to commence on October 30 was based on the materials received by Baffinland, comments received by parties, and the current public health and the legal context resulting from the COVID-19 pandemic,” the release states.

The board also acknowledged that North Baffin community members and organizations need more time to prepare for the next steps in the process and discuss the new Inuit Certainty Agreement, as outlined in a letter sent to the NIRB from HTO chairs and mayors.

“Reconvening the public hearing on October 30, 2020 would not allow sufficient time for these important discussions to take place,” the release states.

A July 24 letter from Baffinland CEO Brian Penney to the NIRB states that further delaying the review process would be a “breach of procedural fairness.”

The board also said the time between the pre-hearing conference, scheduled to conclude on Oct. 1, and the public hearing on Oct. 30 would not give the NIRB enough time “to identify if any substantive changes are necessary” to the modified hearing process.

Because of restrictions related to the pandemic, the hearing will be held both in-person and by teleconference.

The release also said the board “cannot suspend the proceedings indefinitely” because of the pandemic and committed to advancing in a “timely manner as the current circumstances will allow.”

In their letter, the North Baffin communities affected by the project had also requested that the technical meetings be pushed back to have additional time to prepare.

The board granted the communities’ request, pushing back the technical meetings by two weeks to Sept. 14 to Sept. 18. Those meetings will take place by teleconference.

Technical meetings were originally set to be held in March, but were cancelled due to the COVID-19 lockdown.

The meetings were supposed to resume on April 24 via teleconference but were cancelled again because of opposition from interveners.

An in-person community roundtable will take place from Sept. 28 to Sept. 30 and a pre-hearing conference will be held on Sept. 30 and Oct. 1.

The NIRB did not offer a date for when the public hearing might resume, but said it “may issue a tentative timeline” to reconvene the public hearing shortly after the technical meetings, rather than waiting for the completion of the pre-hearing conference.