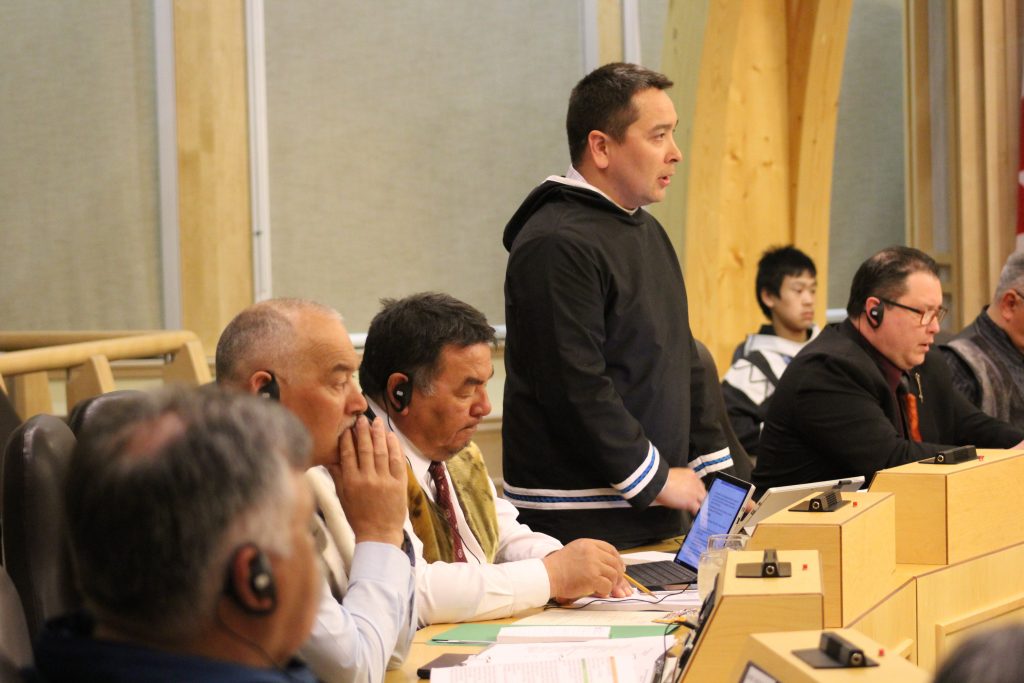 Education Minister David Joanasie says that his department has been unfairly criticized for its consultations leading up to the creation of Bill 25, An Act to Amend the Education Act and the Inuit Language Protection Act. (File photo)

When Nunavummiut only hear one side of a story, it can have major consequences.

Despite the Department of Education’s best efforts to inform the public about our activities in an open and transparent manner, and to provide Nunavummiut with verifiable facts, this newspaper published an article, “Nunavut groups submit concerns, propose alternatives ahead of Education Act hearing,” which contained inaccurate information about the Department’s collaborations with our valued partner the Coalition of Nunavut District Education Authorities during the creation of Bill 25.

The department was never contacted by Nunatsiaq News to offer our side of this very important issue that touches the lives of all Nunavummiut. Instead, the Department of Education was asked by this paper to write a letter to the editor to correct the claims made by our partners.

The Nunatsiaq article refers to a letter written by the chair of the Coalition of Nunavut District Education Authorities, Jedidah Merkosak, in which she calls on the standing committee on legislation to reject Bill 25. That part is factual—she did submit a letter to the committee with that statement.

However, a claim she makes within her letter is inaccurate.

Merkosak’s letter was quoted in the article:

“We have never been invited to an open conversation about legislation that would address our member DEA concerns, goals and priorities, or the possibilities we see in the Nunavut schools and community.”

The newspaper did not ask the Department of Education to comment on this claim before publishing the article.

If it had, the article would have included the fact that Merkosak’s claim is not true for the following reasons:

• The CNDEA was invited to all 25 community consultations held for Bill 25.
• At least one representative of the CNDEA attended all 25 of the community consultations held for Bill 25.
• Merkosak herself attended and participated in at least three of these meetings.
• The CNDEA was also invited to the additional education partner meetings on Bill 25 that took place in the Department of Education’s board room.
• At least one CNDEA representative attended every one of those additional education partner meetings.
• We have archived meeting notes that include quotes from CNDEA members at those meetings.
• Those additional education partner meetings included: a “kick off” meeting which was held Sept. 11, 2018; a follow-up meeting held on Nov. 22, 2018; and a “what we heard” meeting held on Jan. 24, 2019.
• Merkosak herself attended at least one of the additional education partner meetings via telephone (she is not Iqaluit-based).
• There was also a meeting that was primarily an Iqaluit DEA consultation, which the CNDEA was invited to participate in.
• The department also offered to continue collaboration efforts by presenting at the CNDEA’s annual general meeting and furthering the discussions.
• The department has these invitations archived.
• The community consultations were structured to allow collaboration: they began with a presentation from the deputy minister, followed by an opportunity for Nunavut Tunngavik Inc. to present, then an opportunity for CNDEA to present, and finally an open discussion period where all parties in attendance were able to engage in dynamic dialogue.

Several of the changes proposed in Bill 25’s amendments came directly from those roughly 30 collaborative meetings the CNDEA were invited to and attended—especially the changes involving the CNDEA.

One such change is how the Department of Education is increasing the funding it provides to the CNDEA to enable it to go from two to six staff. This increase in staff will ensure local DEA members get the training they need.

NTI was included in just as many collaborative discussions.

As well, our valued partner NTI has made similar claims to the media about a lack of collaboration during the creation of Bill 25. Again, the media has repeatedly not asked the Department of Education about the accuracy of those claims.

A fact check is needed.

NTI was also invited to all of those meetings.

At least one representative of NTI attended 22 out of 25 community consultations on Bill 25, as well as the same additional education partner meetings held in the department’s boardroom that CNDEA attended.

NTI was also in regular correspondence with the Department of Education about Bill 25 during the collaboration process and accepted the department’s offer to present and further the dialogue at NTI’s board of directors meeting in Resolute Bay this summer.

The Department of Education has collaborated with our valued partners in good faith. We have provided ample opportunity for them to make their voices heard during the consultation period for Bill 25. Many of their points have resulted in changes found in the proposed amendments.

Part of improving education in Nunavut is ensuring the Department of Education remains open and transparent. We want to make sure that Nunavummiut get the facts on Bill 25.