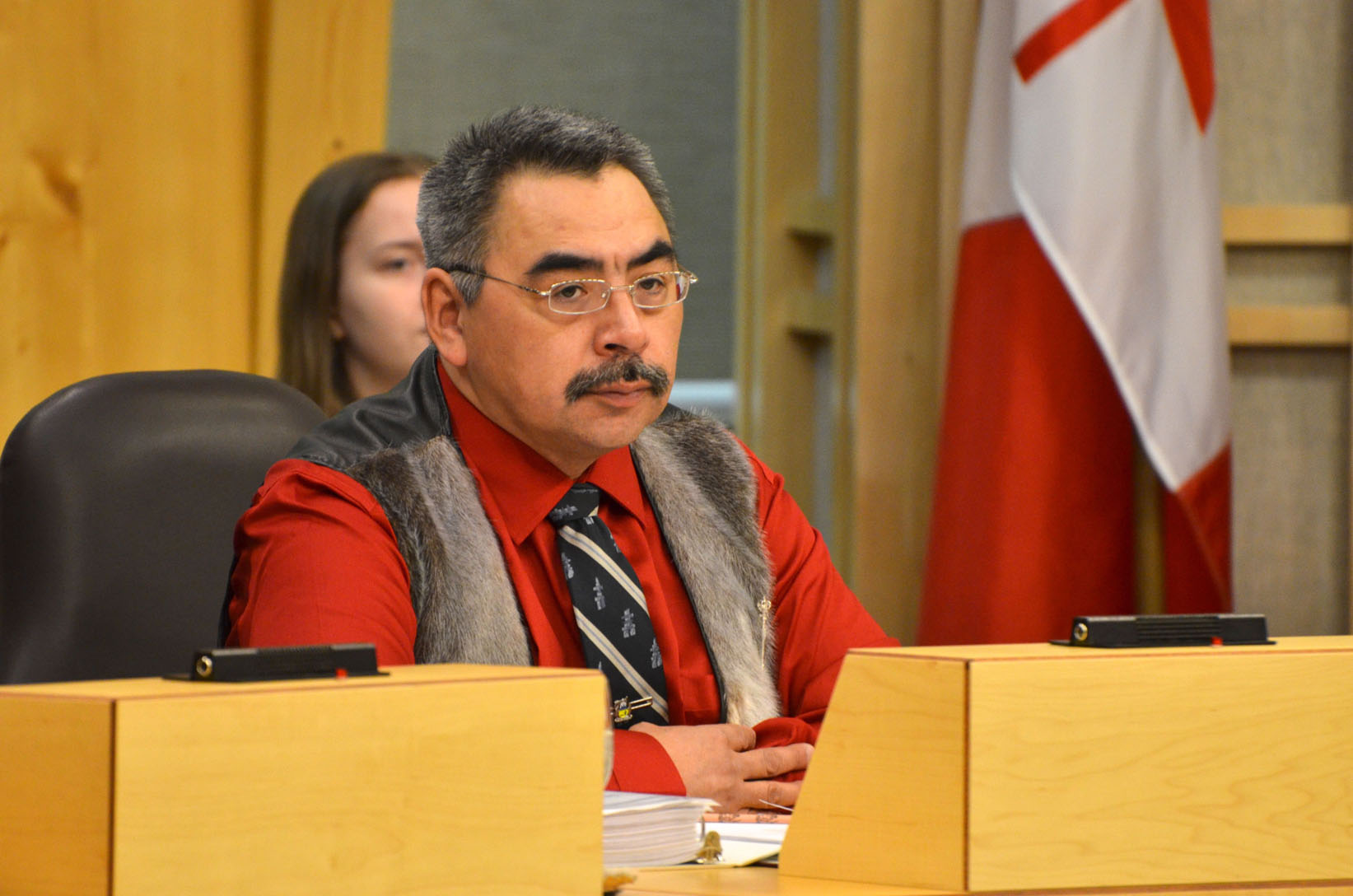 Nunavut’s minister of economic development and transportation, David Akeeagok, says a new pilot program in Taloyoak will speed up the process to get a licence to operate a motor vehicle. (File photo)

The Government of Nunavut says it “remains cautious” about the impact a newly approved airline merger could have on the territory.

On June 19, following a months-long review, Transport Canada gave the green light to Canadian North and First Air’s bid to become one. The approval is subject to a number of terms and conditions set to prevent the new airline from hiking airfares or reducing flight schedules.

The territorial government has not said much publicly about the merger, instead saying its focus is keeping air travel accessible and affordable for Nunavummiut.

The GN did make a submission to Transport Canada during its review process, a document the government said it will table in the legislative assembly this fall.

Akeeagok has raised concerns that Nunavut Inuit have a huge stake in air travel, but little leverage in the new venture, which is owned by Inuit organizations in Nunavik and the Inuvialuit region.

“Given how critical this issue is for Nunavut, the GN asked the agencies to use their full regulatory authority to ensure the effects on routing, pricing and scheduling were minimized,” Akeeagok said on June 20.

“The GN has also requested comprehensive monitoring of operations after the merger, to ensure all terms and conditions are met.”

In fact, Transport Canada’s approval is subject to a monitoring agreement to ensure the merged airlines comply with those conditions, one of which requires regular financial reporting to the minister.

The merger also comes as the GN is about to award a new contract for its medical travel, duty travel, air freight and a newly added component—public travel—which requires bidders to include a percentage of seats to be made available to the general public at an economy class fare.

“We will continue our ongoing efforts to secure reliable, affordable government airline services for Nunavut, and we will not hesitate to voice our concerns if we see deterioration in service to our communities,” Akeeagok said on June 20.

Officials from the new Canadian North are expected to provide details about its new operations sometime next week.