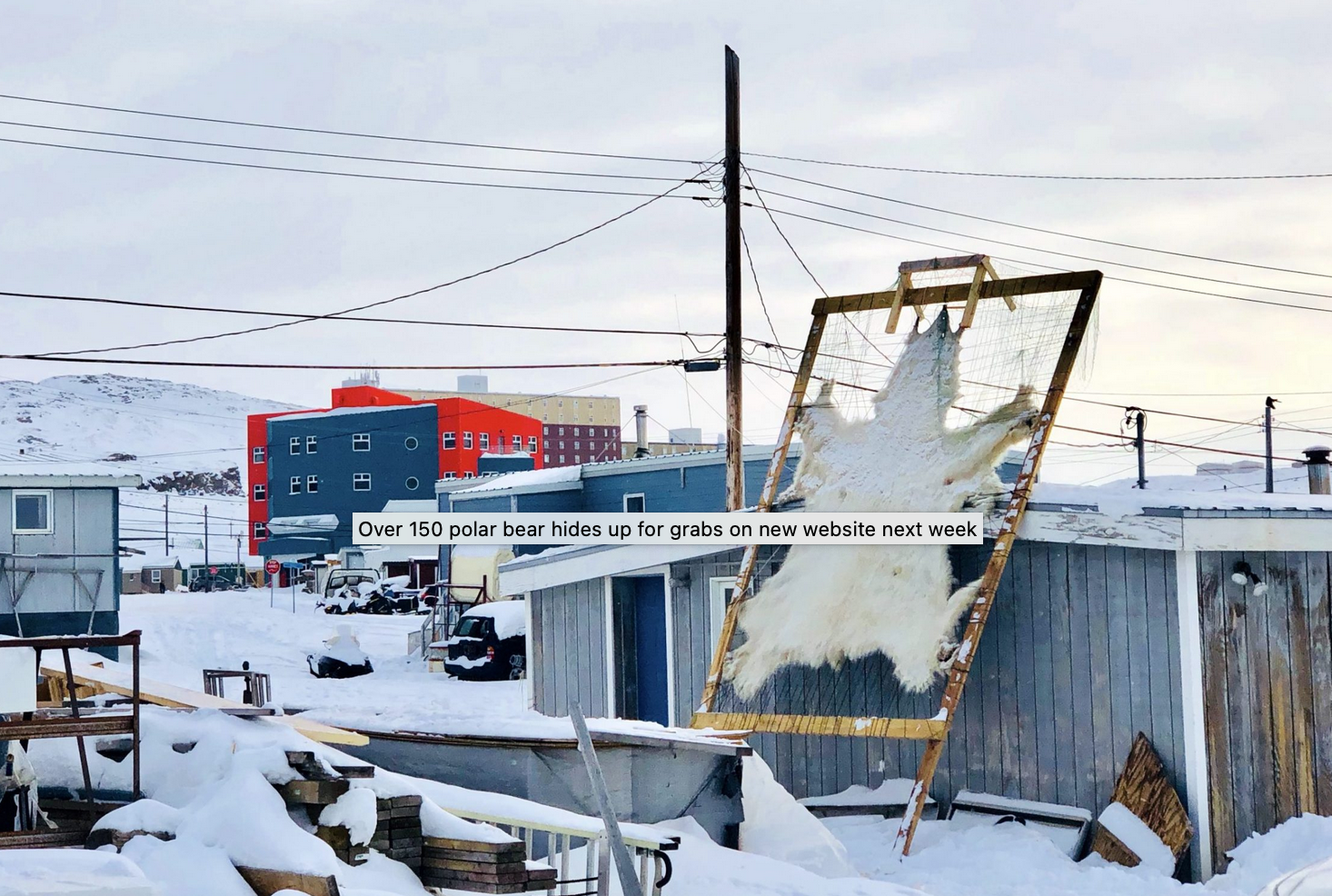 Polar bear hides will go for $200 to $800 on a new website being launched by the Government of Nunavut on Sept. 21. (File Photo)

Nunavummiut will be able to bid on polar bear hides online at discounted rates next week with the launch of a new website.

Joe Savikataaq, the minister of environment, confirmed in an interview that the website, nanuit.ca, will go live Sept. 21.

“Half the hides will be for beneficiaries only and all the hides are for Nunavummiut only,” Savikataaq said.

If there are more people interested in buying than there are hides available, he said there may be a lottery system.

The website won’t look like a typical online store with photos of each specific fur, he said, but Nunavummiut will be able to choose which price range and quality of hide they want to purchase.

“Some of the hides are good and some of them are poor,” he said. “There’s quite a variety of quality.”

The Department of Environment will cover shipping costs for the hides to be sent anywhere in the territory, Savikataaq confirmed.

In total, 235 polar bear hides were returned to Nunavut and are being stored in Iqaluit, Savikataaq said in the legislative assembly on Monday.

The hides were returned to Nunavut from an auction house in North Bay, Ont., because of low demand and low sales prices.

Hides used to sell for about $3,000 each, Savikataaq said, but that’s no longer the case.

Hunters were paid $3,000 up front for their hides when they were hot sellers, and have since had the option to buy them back, but without inspecting them.

If they didn’t want them, they now belong to the department.

If a harvester has died since sending a hide to auction, it will be returned to their family, Savikataaq said.

Fox, wolf and wolverine pelts are still selling well at the auctions, he said.