Nunavut government to look at feasibility of a guaranteed basic income

“There is a need for a long term, simplified and sustainable solution to providing financial supports to those most in need” 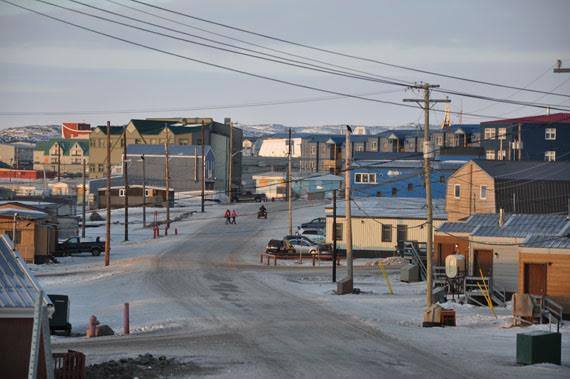 The Government of Nunavut plans to explore the possibility of introducing a guaranteed living wage or basic income as one way to ensure all residents have enough to live on. (File photo)

The Government of Nunavut plans to explore the possibility of introducing a guaranteed living wage or basic income as one way to ensure all residents have enough to live on.

The Department of Family Services has launched a request for proposals for a feasibility study to look at different models for a guaranteed basic income, and recommendations on how it could be implemented in Nunavut.

Roughly four in 10 residents of Nunavut are on social assistance, the highest proportion in the country.

“There is a need for a long term, simplified and sustainable solution to providing financial supports to those most in need, while not creating a disincentive to participate in the economy,” said the request for proposals, which closes on Oct. 9.

In recent years, the Department of Family Services has done territory-wide consultations on income assistance and, as a result, has made some reforms to its assistance programs. Those include additional support for recipients living with disabilities, incentives to earning income and simplified categories.

The concept of a guaranteed basic income for Nunavut is not new; a report commissioned by the territory’s anti-poverty secretariat in 2013 found there was too great a reliance on welfare across the territory.

The report, prepared by the Caledon Institute of Social Policy, urged the government to gradually wean its residents off social assistance, while beefing up income programs and child tax benefits to eventually replace welfare with a basic income.

The paper suggested that in Nunavut, the program should deliver benefits on a sliding scale to people with low or modest incomes and, unlike welfare, a basic income would not force applicants to lose or divest their assets in order to qualify.

“Poverty in Nunavut is a difficult problem that must be tackled from the perspective of both income support and services, and work and learning capability,” the report concluded.

A new guaranteed basic income program would eventually replace most welfare, the report suggested, while increasing incentives to work and improving living standards for low- and modest-income residents of Nunavut.

Earlier this year, Arviat North-Whale Cove MLA John Main raised the issue with Family Services Minister Elisapee Sheutiapik, inquiring if and when the GN planned to pursue the idea.

At the time, Sheutiapik said the focus was on reforming existing income assistance programs.

The request for proposals closes on Oct. 9. An initial report on the feasibility study would be due by the end of January 2021.