“The risk of coronavirus arriving in Nunavut, certainly in the near future, is very small” 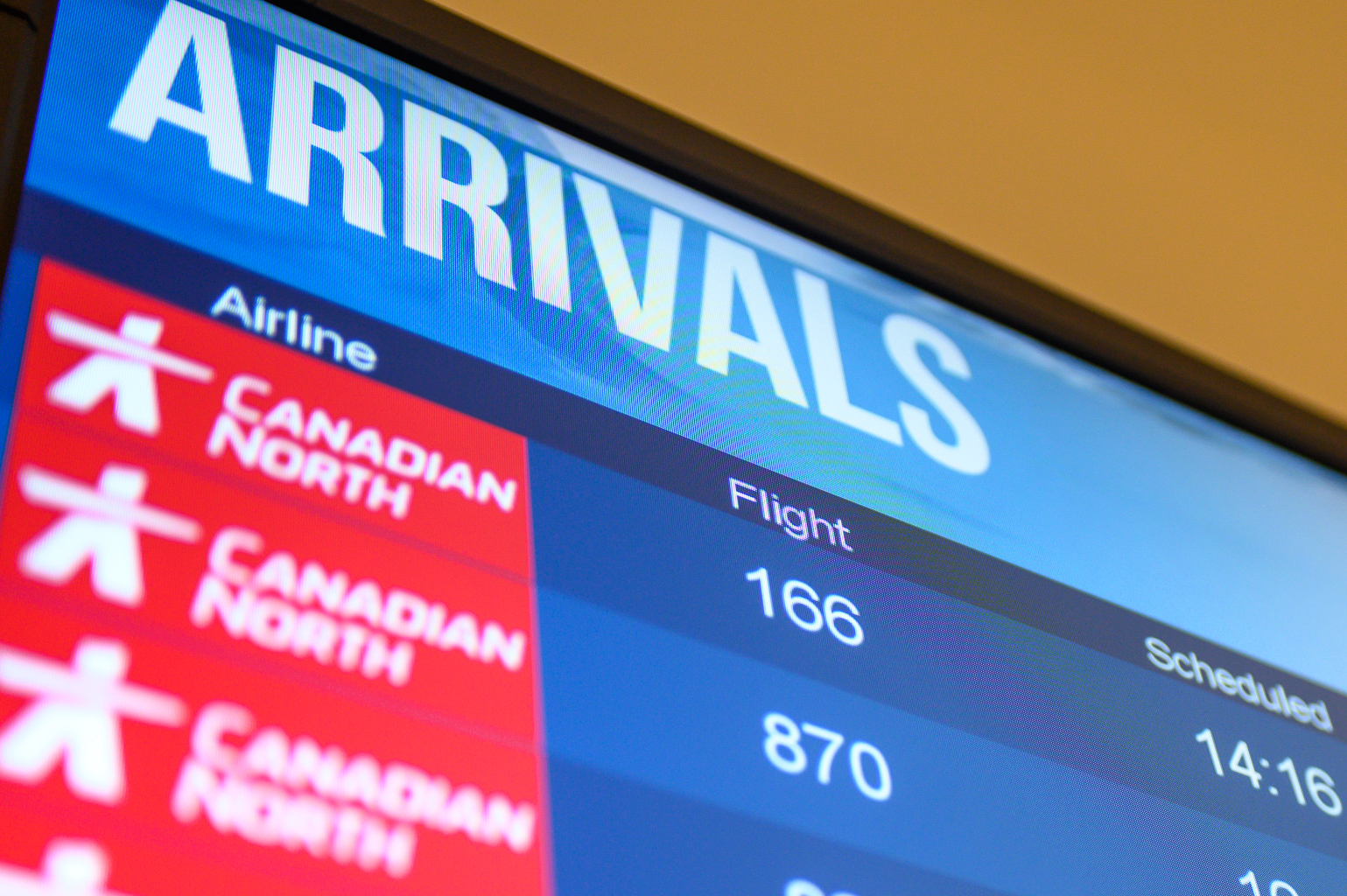 Despite Nunavut’s reliance on air travel, Chief Medical Officer Michael Patterson says that the spread of the coronavirus to Nunavut is highly unlikely. (Photo by Dustin Patar)

The threat to Nunavut residents posed by coronavirus remains a small one, says the territory’s chief medical officer.

Following the second presumptive case of the fast-spreading virus being confirmed in Toronto on Monday, Michael Patterson said the Nunavut Department of Health has been monitoring the situation for a while now.

“We’ve been liaising with all of our counterparts, including federal and territorial public health experts and communicable disease experts,” Patterson told Nunatsiaq News.

“To the best of our knowledge, the risk of coronavirus arriving in Nunavut, certainly in the near future, is very small.”

According to the World Health Organization’s website, “Coronaviruses are a large family of viruses that are known to cause illness ranging from the common cold to more severe diseases such as Middle East Respiratory Syndrome (MERS) and Severe Acute Respiratory Syndrome (SARS),” the latter of which Nunavut prepared for in 2003.I
The current coronavirus was first discovered by Chinese authorities in late December, and a Jan. 27 WHO situation report now indicates that 2,798 cases have been identified globally causing 80 deaths, all within China.

Last week, the WHO, based on the feedback of an advisory committee, declined to declare the coronavirus a public health emergency of international concern, citing that it is still too early.

The committee may meet again as early as this week to re-evaluate that decision.

As of yesterday, of all the confirmed cases, only 37 were reported outside China, and of those, all but two had recently travelled to Wuhan, the central Chinese city at the heart of the outbreak.

Although the virus has been spread by travellers, Nunavut, which is connected to the south solely via air travel, doesn’t have much reason to fear.

“There’s limited travel between that region of China at the best of times,” said Patterson.

“But as we’ve seen in Toronto already, it’s happened, so it could happen.”

Nunavut’s Department of Health has prepared by ensuring that facilities across the territory have the mechanisms to swab for the virus, though all tests would need to be sent south for processing.

“We’ve been educating our own staff on those kinds of procedures, but also what’s recommended for personal protection equipment to ensure that they are protected and aren’t going to transmit this from one person to another,” said Patterson.

During previous outbreaks of coronaviruses, such as MERS or SARS, the transmission of the virus occurred through close contact with an infected individual, coughing, sneezing or the sharing of utensils.

“There’s no question that the short supply of housing in Nunavut means that many Nunavummiut are at increased risk of acquiring infections like this if they arrive in the community,” said Patterson.

Much like respiratory syncytial virus, or RSV, and tuberculosis, or TB, which both have a long history in the territory, the coronavirus is a respiratory infection, and all three share the same preventative measures:

If you have questions, you can contact the Nunavut Department of Health at 867-975-5772 or visit the Government of Canada and World Health Organization websites for more information on the virus.