Nunavut MP Hunter Tootoo to call it quits this fall 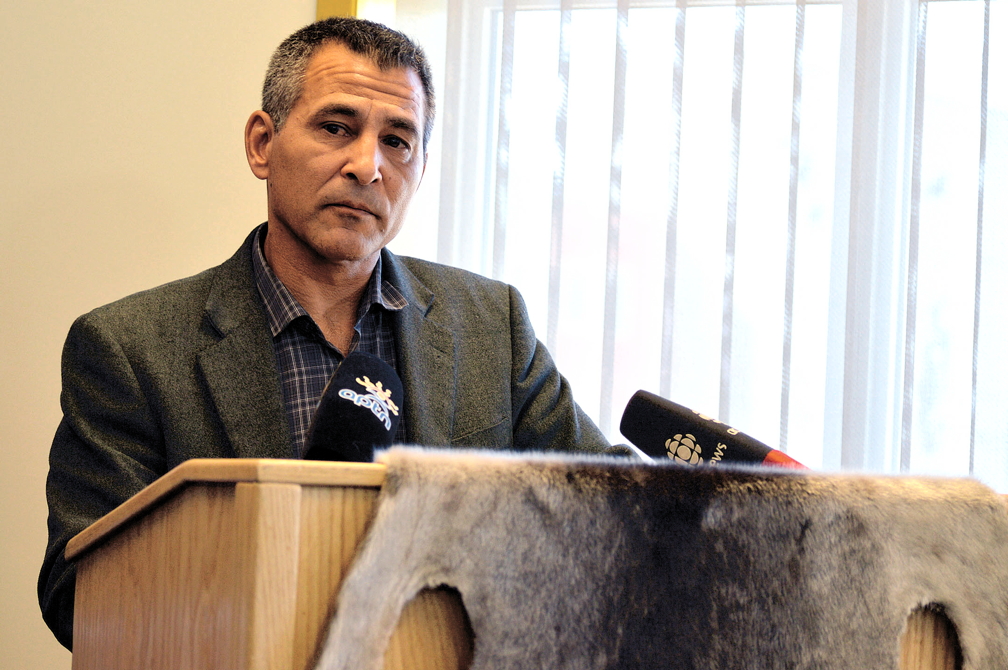 Independent Nunavut MP Hunter Tootoo at a news conference in Iqaluit in July 2016, held after he returned from a treatment centre in Ontario. He announced today he won’t seek re-election to the House of Commons this fall. (File photo)

Nunavut’s Independent MP, Hunter Tootoo, will not run in the Oct. 21 federal election and will leave public life, his office announced in a statement Tuesday.

“I appreciate very much the encouragement and support I have received from Nunavummiut all across the territory over the past months. But after much consideration, I have made the decision to leave public life,” Tootoo said in the statement.

First elected to the House of Commons in Oct. 19, 2015 as a Liberal, Tootoo was appointed minister of fisheries and oceans by Prime Minister Justin Trudeau.

He held that position until May 2016, when he resigned, saying that he was leaving to seek treatment for alcohol addiction. He returned to his job in July 2016, but departed the Liberal caucus to sit as an Independent.

Following his departure from the Liberals, Tootoo admitted to what he called a “consensual but inappropriate” relationship with a junior female staffer.

That prompted some Nunavut residents to call for Tootoo’s resignation. But he stayed on.

Tootoo also represented Iqaluit Centre as a member of Nunavut’s legislative assembly from 1993 to 2013.

In his statement, Tootoo thanked his family, friends and parliamentary colleagues who helped him through “a difficult period in my life.”

“With their support I have grown and healed, and I believe I am a better person for it. I encourage anyone who suffers from addiction, mental illness, or trauma to seek the help they need to heal,” his statement said.

Tootoo also praised Nunavut’s consensus government system, an experience that allowed him to work with “members of all stripes” during his time in Parliament.

“To all Nunavummiut, I think you know how much I love our territory. My commitment to Nunavut will never waver. Wherever the next path in my life leads, I will continue to work for a sustainable economy that will secure a prosperous future for Nunavut.”

Leona Aglukkaq, the former Conservative MP, has already declared that she will contest the Nunavut seat for her party this Oct. 21.

The Elections Canada nomination contest database says that Peter Scholz of Arviat was chosen as the People’s Party of Canada candidate for Nunavut in a nomination contest held this past June 6, but the PPC website now says “announcement pending employer approval.”

However, Scholz, in an email to Nunatsiaq News said, “I am not and have never been declared a candidate.” As of the morning of July 31, he had not explained why Elections Canada still lists him as a nominated candidate for Nunavut.

Megan Pizzo Lyall, a former Iqaluit city councillor who works for Atuqtuarvik Corp. in Rankin Inlet, has announced that she’ll seek the Liberal nomination in Nunavut, but the party has yet to announced a nomination meeting in the territory.

The Nunavut New Democratic Party electoral district association has not yet announced a candidate.