‘These activities put people at risk and will extend the outbreak if they continue,’ Patterson says 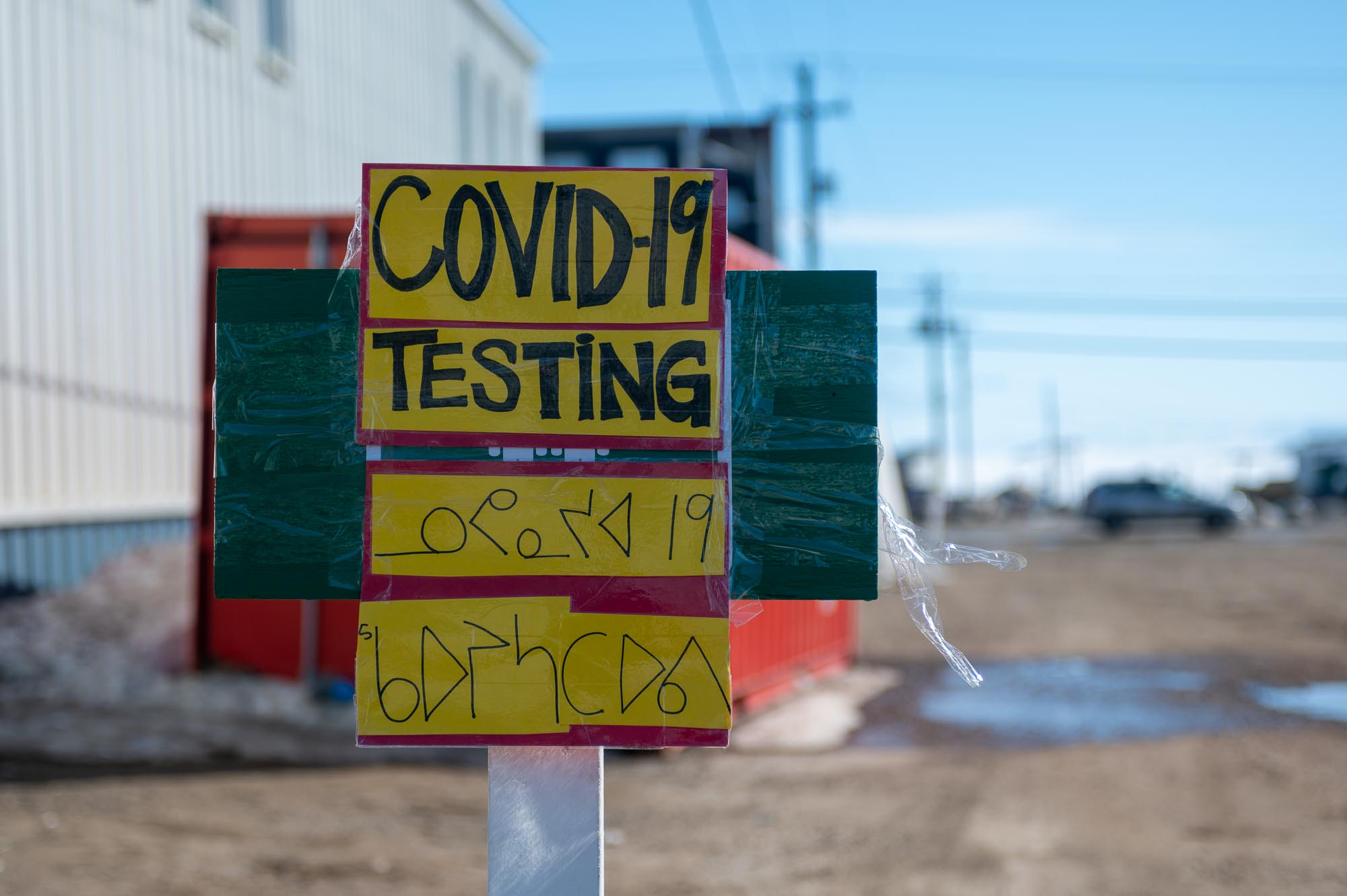 Cases of COVID-19 in Nunavut continue to trend downward, five weeks into an outbreak in Iqaluit. (Photo by Dustin Patar)

Social gatherings, such as parties, are now the main factor contributing to the further spread of COVID-19 in Iqaluit.

“These activities put people at risk and will extend the outbreak if they continue,” said Nunavut’s chief public health officer, Dr. Michael Patterson, during a news conference on Thursday.

Patterson said he is aware of at least three such events, but there may be others contact tracing teams are not aware of.

Patterson clarified that this isn’t for enforcement purposes.

“We will test them, we’ll work with them to reduce this risk of spread and transmission but we will not be passing that information on to law enforcement,” he said.

In addition to avoiding interactions with other households, Patterson reminded residents that the territory’s public health measures include wearing masks when in public, including when alone outside on a walk or a run.

Tuesday’s announcement comes as eight recoveries and a dozen new cases were reported in Iqaluit, which ties April 16 as the highest single-day increase since the outbreak in the city began.

There are currently 84 active cases in Iqaluit.

The two people in Rankin Inlet who had COVID-19 have now recovered and were released from isolation.

Although two active cases remain in Kinngait, Patterson says that the outbreak there has been contained.

The outbreak at Baffinland’s Mary River mine, which suspended operations yesterday as a result, has worsened. There are now 23 active cases of the virus at the mine and staff there will be transferred south to complete isolation, Patterson said.

Meanwhile in Iqaluit, another person with COVID-19 complications has been sent to a southern hospital, bringing the total number of medevacs to three.

Although Patterson wasn’t able to provide a breakdown of the ages of infected individuals, he did say that there have now been 30 active cases of COVID-19 in youth, an increase of seven from earlier this week.

Following last week’s announcement that a positive case of the virus had been discovered at the Tammaativvik boarding home, Patterson reassured Nunavummiut that the facility is safe.

“There have been no COVID-19 cases confirmed in clients from the boarding home,” Patterson said.

“The staff who tested positive and those who are high risk contacts are in isolation and will not return to work until they have recovered.”

Other steps taken by the facility to reduce the risk of COVID-19 spreading in the facility include enhanced cleaning, prohibitions against indoor gatherings and visitors, support for guests to isolate in their rooms including the delivery of food and beverages, and restrictions on clients spending time outside of the home unless for appointments or to pick up prescriptions.

The number of infected staff members there is below five, or too few for Patterson to disclose for privacy reasons, but it is not impacting operations at the home.

Two more cases have also been confirmed at Baffin Correctional Centre, where there are now 10 cases.

Most of recent cases involve people who were exposed before health teams knew the virus was present at the jail, said Patterson, who expects that another mass screening, expected to take place before the end of the week, will provide a better sense of whether the virus is still spreading at the facility.

Since the first case of COVID-19 was confirmed in Iqaluit on April 14, there have been 2,049 tests conducted in the city; 149 of those, or seven per cent, have been positive.

“The reality was that it was in a group of individuals, essential workers, who were working two or more jobs,” said Patterson.

“How to track it when it’s moving through groups like that is really difficult.”

Patterson clarified that last week’s statement wasn’t about a backlog of tests awaiting results. “We’re getting all of the tests done either the day they’re collected or the next day,” he said.

Individuals with positive results are notified and contact tracing starts within 12 hours, he added.

Although most transmissions are now happening because of social gatherings, Patterson said that the number of contacts per positive case, which he previously identified as being between 10 or 12 at the beginning of the outbreak, are now either zero or one for non-household contacts.

Even when a party was identified earlier this week, Patterson said that the number of contacts per positive case only increased to three or four.

Following yesterday’s news that fully vaccinated travellers would soon be allowed into Yukon without isolating for 14 days, Patterson said that this was possible because the risks for that territory are much different than those currently facing Nunavut.

“There’s a much greater proportion of the population in Yukon that’s eligible for the vaccine and their uptake [of the vaccine] is over 70 per cent,” he said, adding that increasing the number of vaccinations in Nunavut is the best way to reduce the risk to the territory.

To date, 16,271 Nunavummiut have had the first dose of their vaccine and 12,692 are fully vaccinated.

In Iqaluit, Patterson says that about 80 per cent of eligible adults have received their first dose.

Although the number of people getting their vaccine has leveled off recently, Patterson also said that there’s a large group of residents in Iqaluit who have received their first dose and have to wait for four weeks to get their second dose.

“At the end of the month, we’ll see the numbers start to rise again,” said Patterson.

Those who would like to book a vaccination appointment can call their local health centre.
For updated information and resources on COVID-19, visit the Government of Nunavut’s website.

The government’s COVID-19 updates will continue next week on Monday, Wednesday and Friday at 11 a.m. eastern time.