For “its exceptional merits,” NTI offers the project’s backers a $7.25-million interest-free loan 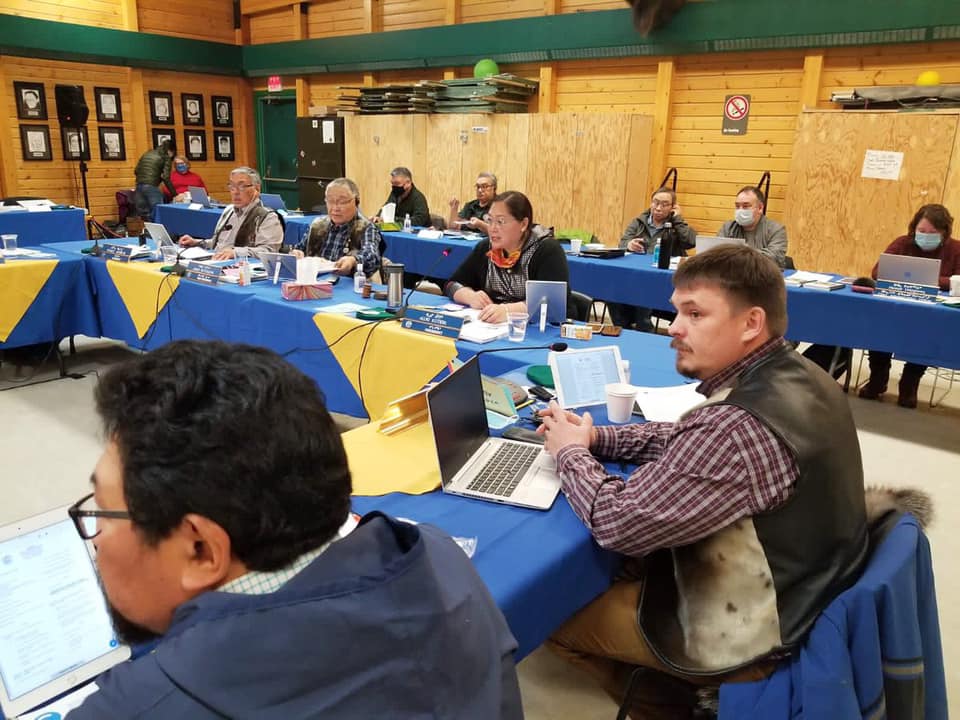 At the recent annual general meeting of Nunavut Tunngavik Inc., delegates approved an interest-free loan of $7.25 million to the Grays Bay road and port project. (Photo courtesy of the Government of Nunavut)

The Kitikmeot Inuit Association is getting a helping hand from Nunavut Tunngavik Inc. to help support the Grays Bay road and port project.

Delegates at the recent NTI annual general meeting in Cambridge Bay agreed to help the KIA move its $550-million Grays Bay project ahead by approving an interest-free loan to the regional Inuit association.

In 2018, delegates at NTI’s annual meeting had agreed to a 10-year loan of up to $7.25 million to the KIA from NTI’s Nunavut Inuit Development Fund for the project.

At NTI’s annual meeting this year in Cambridge Bay, delegates went further, by supporting a resolution to remove the 2.5 per cent interest charged on the loan.

The motion said the money to help KIA with the Gray’s Bay environmental assessment process reflected the project’s “exceptional merits.”

NTI’s contributions will be added to $21.5 million given by the federal government to help make the western Arctic road and deep-sea port project “shovel-ready” for regulators and investors.

Speaking on Oct. 21 to NTI’s annual meeting, KIA President Stanley Anablak talked at length about the Grays Bay road and port project, which he called “our nation-building project.”

Although progress slowed down due to COVID-19, getting the project “shovel ready” should now take two to three years, Anablak said during his report to the meeting.

While admitting that “nothing is guaranteed at this point,” Anablak sounded positive about the future of the project, which the KIA took over from the Nunavut Resource Corp. earlier this year.

The KIA will be the first Inuit association in Nunavut to promote an infrastructure project, he said.

At the AGM, Anablak provided a three-point, two-to-three-year timeline for getting the project to Nunavut regulators.

That, he admitted, would be a “significant challenge.”

The Grays Bay project, which will cost about $525 million to build, would involve a 227-kilometre road and a deep-sea port at Grays Bay on Coronation Gulf.

The all-weather road would run from the site of the defunct Jericho mine, which is located at the northern end of the Tibbitt-Contwoyto winter road, to Grays Bay.

The road would overlap with a road proposed as part of the moribund Izok corridor zinc-lead mining project that’s been promoted by Chinese-owned MMG Ltd., but mothballed since April 2013.

Anablak said the second step, after getting the project “shovel ready” is to convince the federal government to finance the construction costs of the road and port.

The third task: to get people and business ready for the project, which will require “major investments in human resources.”

Anablak said he was encouraged because the Government of the Northwest Territories and the Yellowknives Dene First Nation recently announced they will move forward with their $1.1-billion Slave Geological Province Corridor project.

That would see a 413-km all-season road constructed northeast of Yellowknife to the western Nunavut border.

To move Grays Bay ahead, Anablak said he plans to work with NTI, the Government of Nunavut and the federal government.

The project “means a lot to me personally,” he said.

Grays Bay will transform the Kitikmeot region, he said, adding that it will also benefit all the territory’s regions.

But Anablak said “we have our work cut out for us … it’s going to be a long haul.”