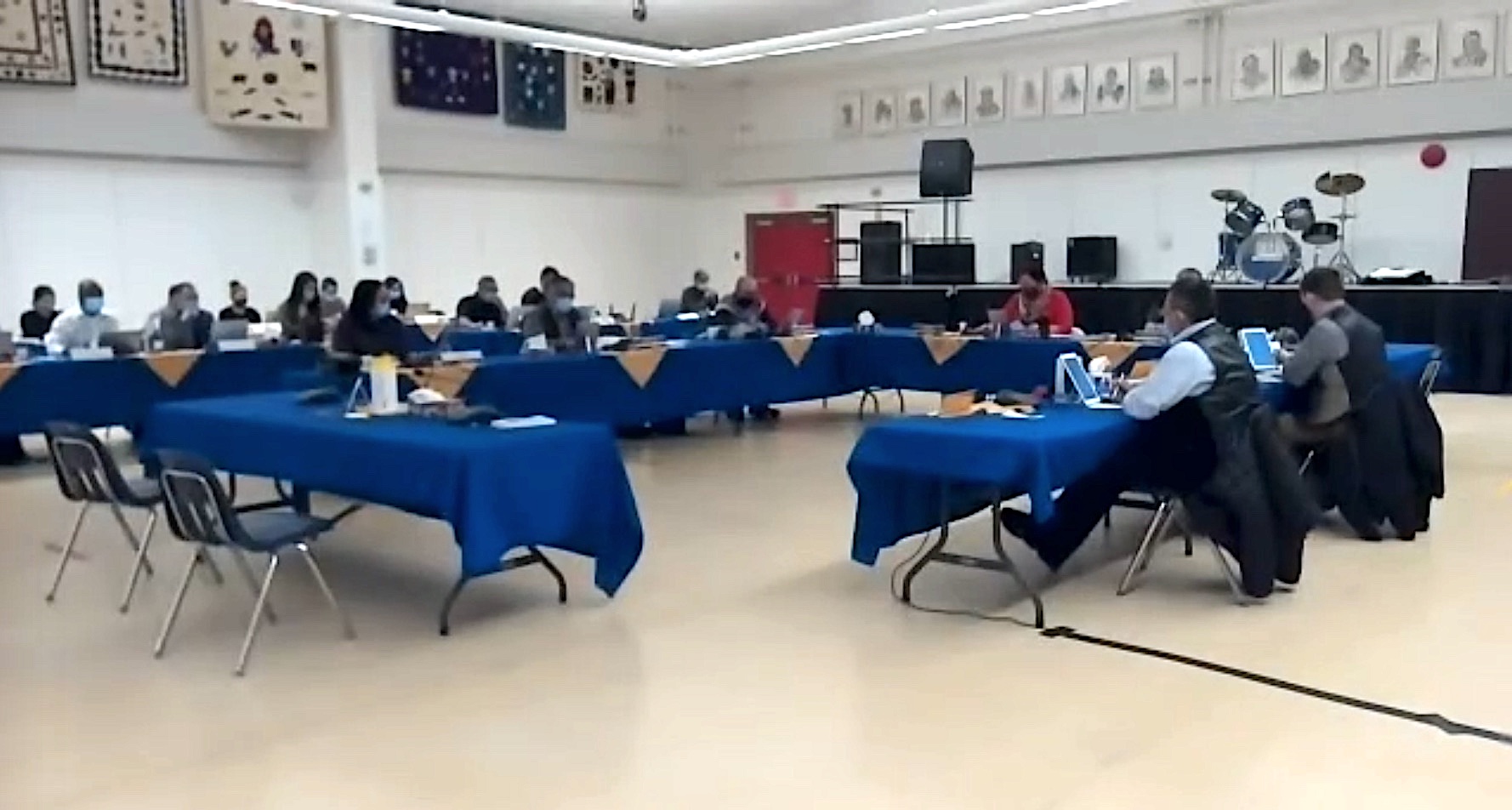 The board of Nunavut Tunngavik Inc. discusses changes in the timing of the National Inuit Health Survey, slated to start later this year. The NTI board of directors meeting continues Thursday in Baker Lake. (Screen shot from NTI livestream)

Nunavut Tunngavik Inc. wants to delay the start of the National Inuit Health Survey in Nunavut.

The health survey would be managed by Inuit Tapiriit Kanatami, in partnership with local Inuit organizations, such as NTI, throughout Inuit Nunangat.

But COVID-19 has made it harder to do the organizational work needed, she said.

NTI had planned to start conducting the survey in Nunavut later this year.

DeCouto said work towards the survey has advanced in many areas, such as content development, decisions on data storage, software, data security privacy and ethics.

Meeting the planned start date now depends on the readiness in each region, including Nunavut, and the evolving COVID-19 situation, DeCouto said in her report to the board.

After a discussion on DeCouto’s report, NTI board members passed a resolution seeking a delay the survey until 2023.

DeCouto said the final decision about whether or not to delay the survey would made in consensus with the Inuit regional organizations, such as ITK.

The survey was funded by a 2018 federal budget allocation of $82 million over 10 years, with about $6 million a year after that to continue the survey.

She did not say why that had changed.

ITK launched the survey at its annual general meeting in Rankin Inlet in 2019.

It’s not the first such survey among Inuit: a 2007-08 survey, called Qanuippitali?, was conducted across Nunavut from aboard the Coast Guard’s research vessel, the Amundsen.

A similar Inuit health survey was also done from the Amundsen in Nunavik in 2004, and again in 2017.