“If this type of investment and shift does not occur, then we can no longer continue to be shocked by staggering youth suicide statistics” 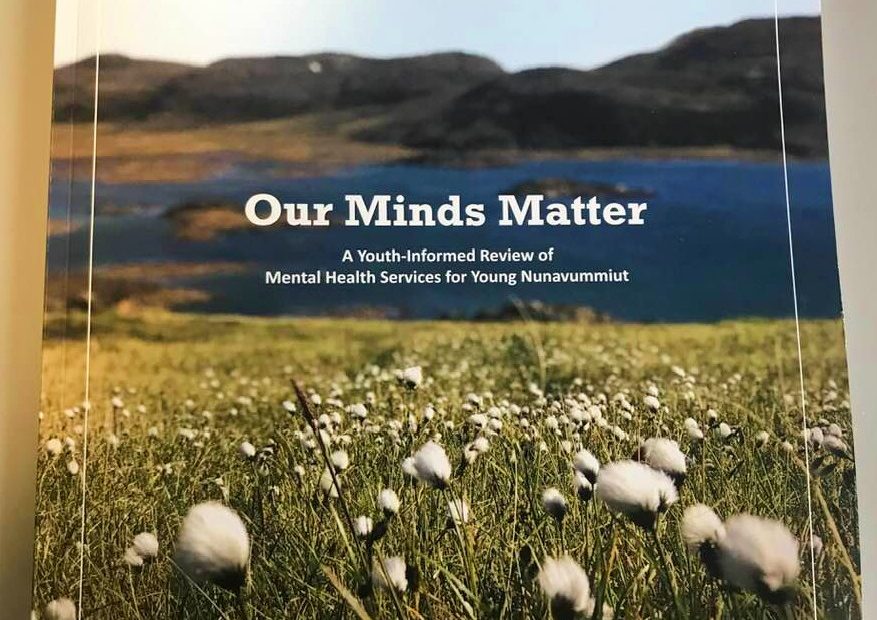 Nunavut’s Representative for Children and Youth’s Office released its first systemic review Wednesday. The report highlights the voices of children and youth across the territory about access to and availability of mental health services.

Young Nunavummiut are speaking out about access to mental health services across the territory in a new report from Nunavut’s representative for children and youth.

On Wednesday, the Representative for Children and Youth’s Office released a 54-page review titled, “Our Minds Matter: A Youth-Informed Review of Mental Health Services for Young Nunavummiut.”

The report, which is the first systemic review conducted by the RCYO, also spells out 15 recommendations to the Government of Nunavut to develop a mental health strategy for children and youth in the territory.

The RCYO is an independent officer of the Nunavut legislature who works to ensure the GN supports and protects the rights of young Nunavummiut.

The office is guided by the United Nations Convention on the Rights of the Child, Inuit societal values and national advocacy standards, the report states.

The office surveyed 475 individuals across the territory, including 225 youth. The survey was administered in person in 11 of Nunavut’s 25 communities and was anonymous, McNeil-Mulak said.

McNeil-Mulak said throughout the review, the office repeatedly heard the need to have mental health services available in schools. Although many schools have Ilinniarvimmi Inuusilirijiit, or school counsellors, it is not their role to provide clinical mental health services, the report states.

The report groups its 15 recommendations into five categories: mental health in schools, residential mental health services and the continuum of care, mental health workforce, awareness and barriers, and recreational, cultural and leisure activities.

Another recommendation calls for an in-territory facility that offers residential mental health treatment for children and youth, which currently does not exist in Nunavut.

“If this type of investment and shift does not occur, then we can no longer continue to be shocked by staggering youth suicide statistics and outraged when hurt and helplessness disguise themselves as undesirable behaviour affecting our communities,” McNeil-Mulak said.

In addition to a transient mental health workforce, the report notes that another barrier Nunavut youth face in accessing mental health services is the stigma toward people with a mental illness.

One youth participant in the survey wrote he or she would feel comfortable asking for help, “if I knew the services were available and I knew getting services wouldn’t make my family life worse.”

The report states that 60 per cent of all health-related cases opened by the RCYO are related to difficulties faced by youth in Nunavut when it comes to mental health services.

In February 2018, the Department of Health announced that one to two mental health and addictions outreach workers, or MHAs, would be allocated to each community. The MHA jobs were intended to be filled by local, preferably Inuktitut speaking Inuit who would receive on-the-job training, the report states.

In another section of the review 82 per cent of the GN’s service providers say they don’t feel the availability of mental health services for young people in the territory is meeting their needs. On top of that, 72 per cent don’t think the quality of those services is adequate.

In a survey of the general population, the report reveals that 91 per cent of participants feel the availability of mental health services for young people in the territory is not meeting their needs.

McNeil-Mulak said her office is aware some of the report’s recommendations have been put forward before.

“Until children and youth in Nunavut are able to access the mental health services that they need, they have a right to, in their own territory, we will continue to urge the government of Nunavut to implement these recommendations,” she said.

Legally, the government has 40 days to respond to the report, making the deadline September 30.

“Each of these recommendations will be closely monitored, and progress will be reported by our office in an ongoing basis,” McNeil-Mulak said.

Nunavut Representative for … by on Scribd