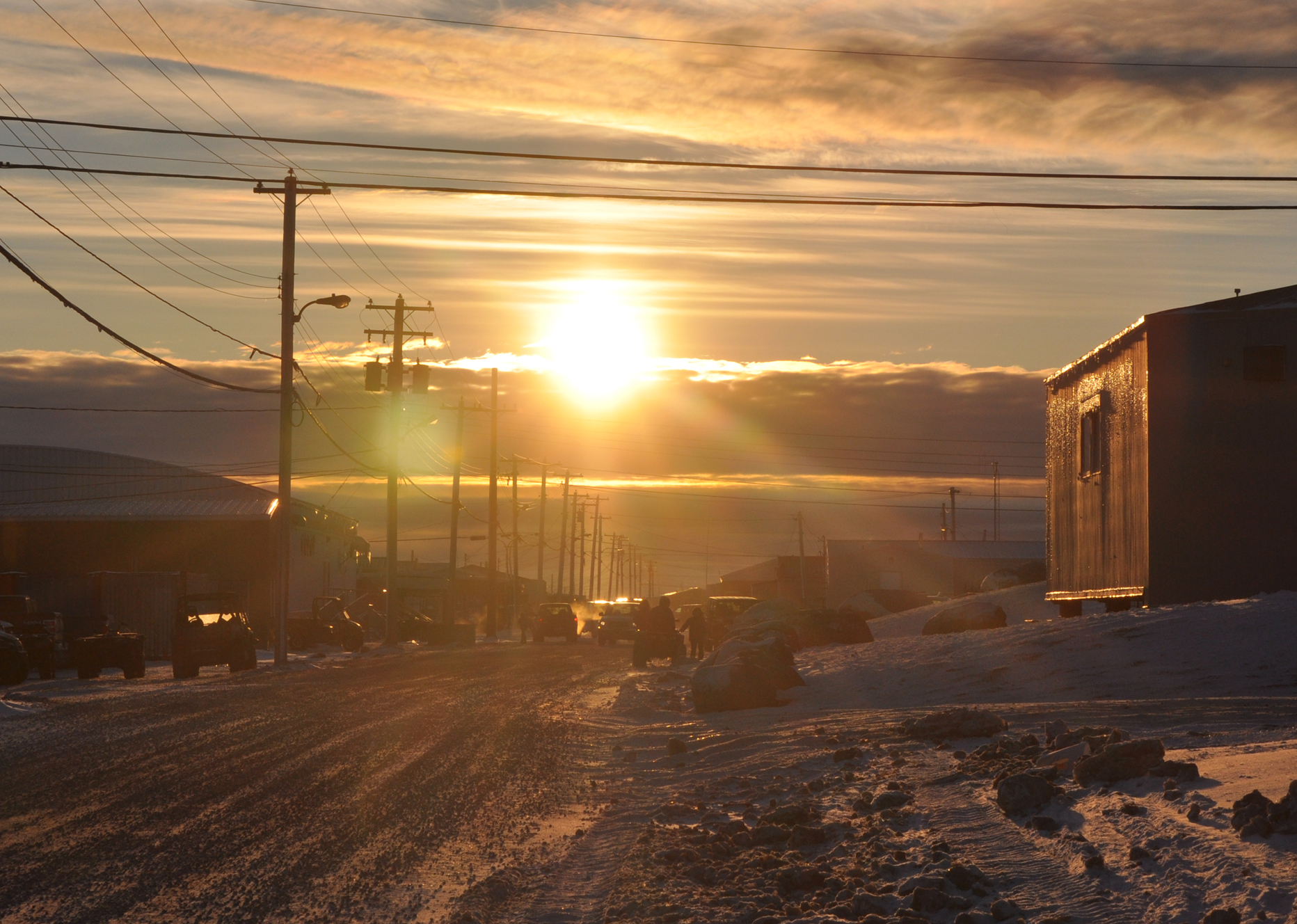 Nunavut’s newest case of COVID-19 has been confirmed in Arviat. (File image)

There is a new case of COVID-19 in Nunavut, this time in the Kivalliq community of Arviat, says Nunavut’s chief public health officer, Dr. Michael Patterson.

“This person returned to Arviat after spending two weeks in one of the isolation hubs in Winnipeg and roughly seven days after returning home they became ill and presented to the health centre,” Patterson said during a press conference on Friday morning, Nov. 13.

As the individual’s symptoms worsened during the following two to three days, they were medevaced to Winnipeg.

At that time, it was not expected that the individual had COVID, Patterson said. “The presentation was atypical.”

It wasn’t until the patient arrived in Winnipeg that they were tested, with the results being received on Nov. 12.

The individual is now out of the hospital and doing well, Patterson said.

Although the individual is not in the community, contact tracing has begun in Arviat and a rapid response team is on standby to support that effort should it become necessary.

At the same time, Patterson confirmed that the positive case in Rankin Inlet had a “similar history.” He also said that the individuals in Sanikiluaq also went through the isolation hubs, though those cases may have other equally plausible explanations, such as the rare case when individuals who isolate together transmit the virus to each other while in quarantine.

“While the common travel history is concerning, we are not yet able to say with certainty how these individuals were exposed to COVID-19,” Patterson said.

“It’s extremely rare to have an incubation period longer than 14 days, that’s why the worldwide accepted standard is 14 days. So to have two people … take 21 days to show symptoms is unheard of.”

Patterson said this likely means that the individual came into contact with the virus at the end of their isolation or after it.

“For the majority of people, the symptoms show up within that four or five to eight-day period after exposure.”

Patterson said that the Department of Health is looking into how this exposure happened, and if they find that it’s related to protocols or policies that can be changed, they will address that.

Patterson had previously declined to release information on the travel history of any of the positive cases.

“We felt with one case we wanted to take the time to sort out what was going on and not make inappropriate or random decisions,” Patterson said.

“But with two cases it raises the concern that there will be more COVID in the regions, so we felt we needed to act before we got all the information.”

Beginning Sunday, Nov. 15, all travel between Kivalliq communities will be restricted, with the exception of cargo and emergency travel.

Anyone who has a critical need to travel out to the Kivalliq after Sunday must apply for a travel authorization letter by writing to cphotravelrequests@gov.nu.ca.

Travellers from outside the Kivalliq who are travelling through the region will still be allowed.

Those travellers staying in the region for longer than 24 hours will be subject to the travel restrictions.

Patterson said that Kivalliq residents currently in isolation hubs will have the choice to either return to their communities or remain in the hubs for a “little bit longer” to see what happens. 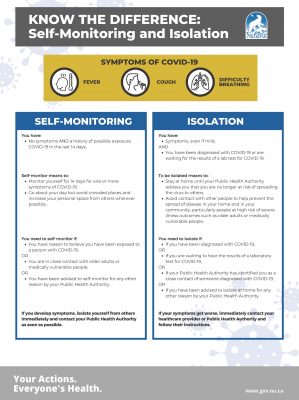 This GN poster outlines the difference between self-monitoring and isolation.

Today’s announcement also says that, across the Kivalliq region, only essential services are to remain open, with grocery stores implementing reduced hours.

Kivalliq residents are required to wear a mask while outside their homes, stay at home as much as possible and limit contact with others, including family members not living in the same household.

The case is the second to be confirmed in that region, and the fourth in Nunavut. The first case in the Kivalliq region was confirmed in Rankin Inlet on Wednesday, Nov. 11.

Since then, schools have remained closed in the Kivalliq and other restrictions have been put in place.

“As we see the numbers of COVID cases rising throughout Canada, it’s critical we maintain our public health measures, act with caution and pay strict attention to our actions,” Nunavut Premier Joe Savikataaq said in a news release.

“To everyone in the Kivalliq, please know we are with you, we’re sending you strength and our government is ready to help. Stay well and care for one another safely.”’

Anyone who has reason to believe they have been exposed to COVID-19 is advised to call the COVID-hotline at 1-888-975-8601 between 10 a.m. and 6 p.m. EST, or notify, but do not go in person to, their community health centre right away and immediately self-isolate at home for 14 days.

Individuals who have spent time at any of the isolation hubs should self-monitor for symptoms for 14 days after returning to the territory.