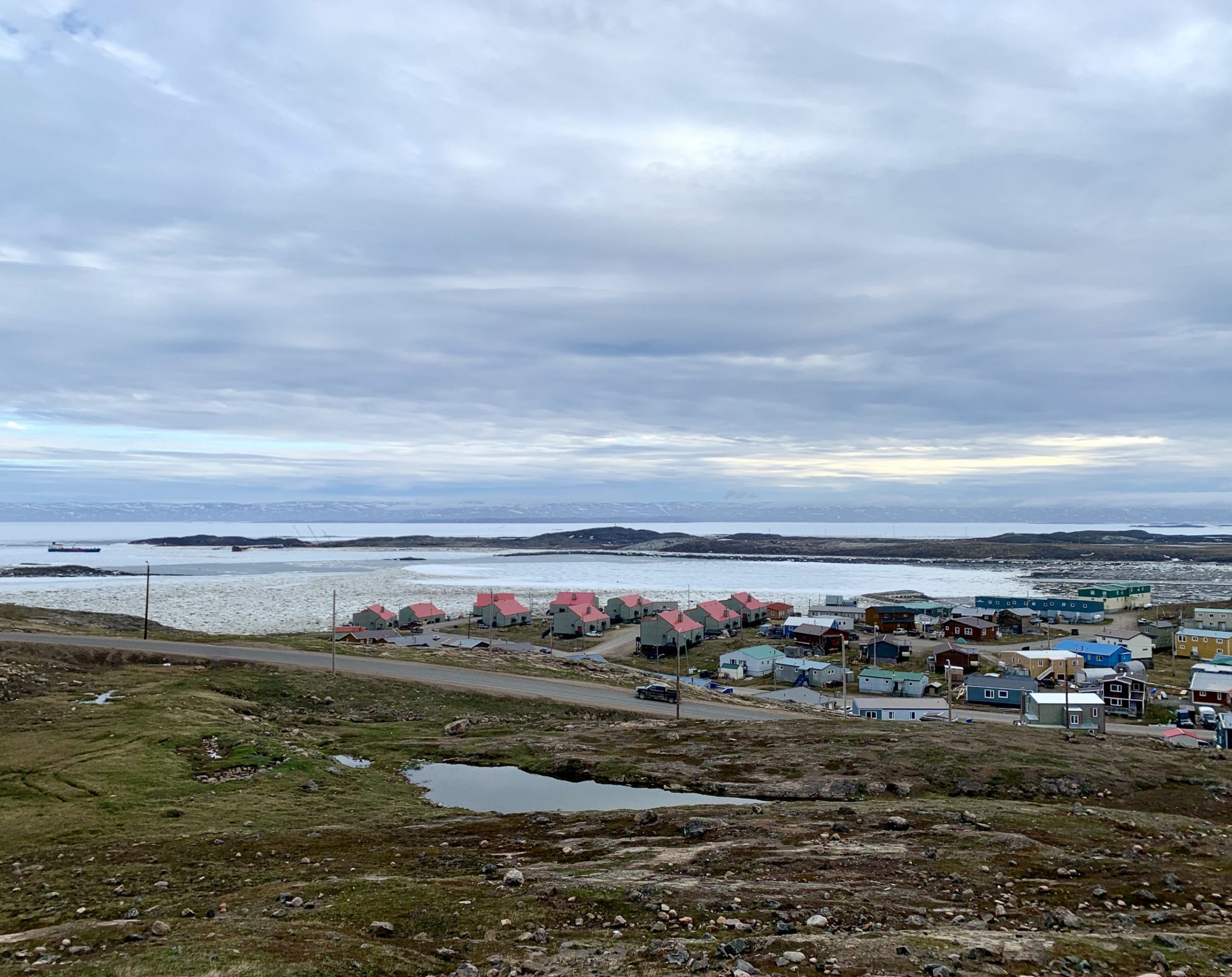 As of Thursday, Nunavut has administered 639 doses of the Pfizer-BioNTech vaccine to youth, mostly in Iqaluit, seen here. (File photo by Emma Tranter) 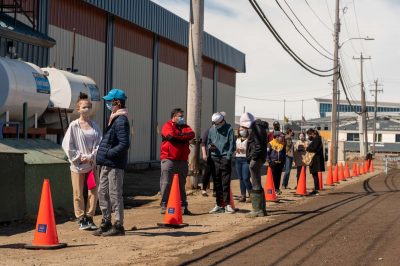 Even before NTI’s walk-in vaccination clinic officially opened on Wednesday afternoon, June 16, the line was already out the door and wrapped halfway down the length of Iqaluit’s curling rink. (File photo)

Nunavut may have only begun vaccinating youth between the ages of 12 and 17 on Tuesday, but the initial response has been positive, according to the territory’s chief public health officer.

During a news conference on Thursday morning, Dr. Michael Patterson, announced that 639 doses of the Pfizer-BioNTech vaccine had been administered in the first 48 hours, mostly in Iqaluit.

Vaccines should be delivered to all remaining communities by June 21, Patterson said.

As of Monday, 18,085 people in Nunavut have received a first dose of the Moderna vaccine and 15,169 are now fully vaccinated.

For the second day in a row, there were no new cases or recoveries reported in the territory.

There were eight active cases in Nunavut as of Thursday, all in Iqaluit.

For Patterson, this is encouraging, given the exposure notices issued at the end of last week and the positive cases confirmed in two students last week.

Although Nunavut’s youth vaccine turnout is off to a strong start, the territory’s overall vaccination rates have found their way into southern commentaries, such as a recent Globe and Mail editorial that noted that “Nunavut, despite its large and early supply of vaccines, has the lowest vaccination rate in the country.”

“Neither of those are true.”

Government of Canada data, as of June 5, indicates that Nunavut ranked third in the country, behind Yukon and the Northwest Territories, in terms of the population fully vaccinated. However, according to that same federal data, Nunavut does rank last in terms of percentage of the population who have received at least one vaccine dose.

“There's a whole bunch of things that affect how likely a person or members of a group are to get the vaccine. Age is one of them,” said Patterson.

“The younger you are, the less likely you are to get the vaccine, and that's an obvious one that Nunavut is different from the other jurisdictions in Canada.”

Even with the territory’s teenage population now eligible for vaccination, just over one-quarter of Nunavummiut fall under the age of 12 and are currently not eligible for any vaccination.

Compared to provinces like Quebec or Manitoba, whose populations of youth under 12 account for roughly 14 per cent total population, the difference is noticeable.

For Patterson, the goal remains the same: “We want everybody who's eligible to get vaccinated.”

Community clinics for youth between the ages of 12 and 17 will continue through July.

In Iqaluit, Nunavut Tunngavik Inc.’s mass vaccination clinic is ongoing through Saturday, June 19. The clinic, located at the curling rink, will also administer the Moderna vaccine to adults.

Outside of Iqaluit, Pfizer vaccinations will be available by appointment only. Those wishing to book an appointment can call their local health centre.

Unlike the Moderna vaccine, doses of the Pfizer vaccine are more difficult to transport and have a much shorter shelf life once they are unfrozen. Because of this the Government of Nunavut cannot guarantee that doses of that vaccine will be administered outside of the community clinic dates.

For a complete list of Pfizer vaccination clinics or for more information on the vaccine, visit the Government of Nunavut’s COVID-19 vaccine website.