“It is with a lot of pain, but Baker Lake Search and Rescue has decided to close the search command post” 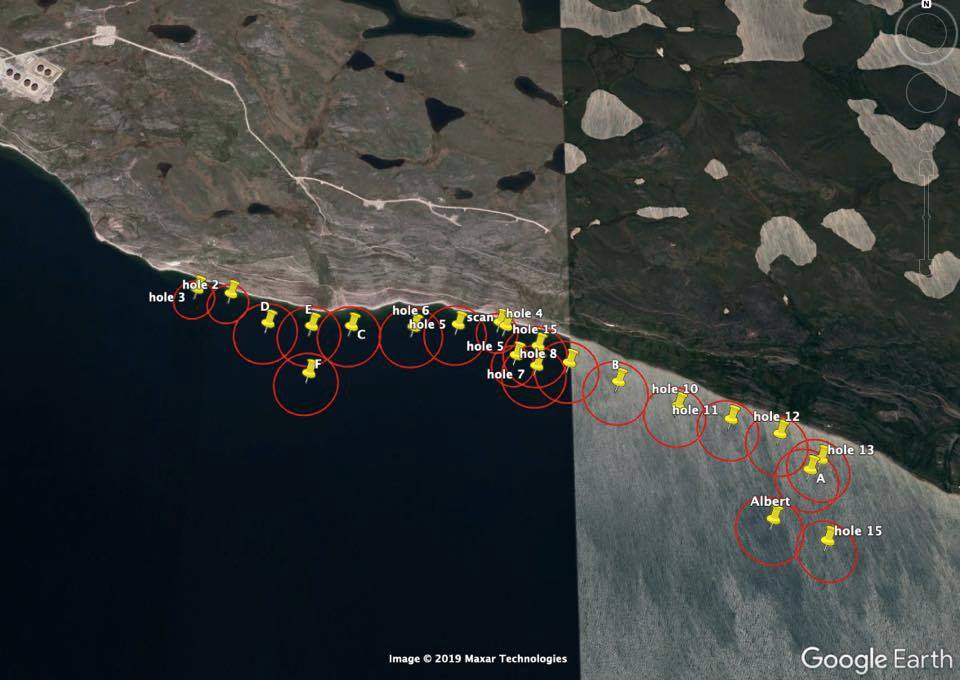 This map shows the sites of the search conducted by an underwater rover team in Baker Lake. Their rover covered 38 kilometres of the lake in 150-metre circles for some sign of 29-year-old Solomon Tulurialik. The search command centre was closed on Monday after days of land and water searches had no success. (Photo courtesy of the Heart team)

The official search effort to find a young Baker Lake father, Solomon Tulurialik, who went missing in a boating mishap, is now over.

Late Monday, Aug. 12, Richard Aksawnee of Baker Lake’s search and rescue effort said in a public message that “it is with a lot of pain, but Baker Lake Search and Rescue has decided to close the search command post, effective tonight.”

A final search with boats in a single-file drag was planned for Tuesday, along with prayers on the dock before their departure.

The search for Tulurialik, 29, had been ongoing since July 31.

That’s when Tulurialik headed out boating about five kilometres east of the Kivalliq community of about 2,000.

When his boat ran out of fuel, he attempted to swim ashore.

Nunatsiaq News has confirmed that there were two young children in the boat, waiting, who were later safely picked up by another boater.

Involved in the long and intensive search for Tulurialik were more than 200 volunteer searchers, with 70 boats and about 50 all-terrain vehicles, along with a volunteer group of certified divers from the Oak Bluff Hutterite Colony.

The members of the Heart (Hutterite Emergency Aquatic Response Team) team from Morris, Manitoba, a non-profit group that provides emergency water search, rescue and recovery, travelled to Baker Lake to participate in the search.

They operated a remotely operated underwater drone, weighing about 200 pounds (90 kilos), shipped up with them by Calm Air, which provided transportation to their team and equipment. 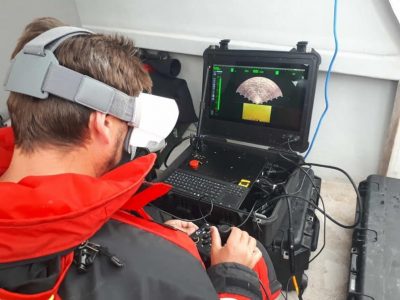 “It’s heartbreaking you set out on a mission. We believed it was going to be a quick recovery,” said Paul Maendel of the Heart team, speaking from his home in Manitoba on Tuesday.

The land search had found no sign of Tulurialik, so, by the time of their arrival in Baker Lake, the effort had turned towards recovering the young man’s body.

The sonar used by boats in Baker Lake had appeared to show something on the bottom, Maendel said.

“But it was a rock,” he said. “You did the search and you discovered there are a million rocks at 60 feet in front of the rover.”

The Heart team searched the lake for more than six days, 12 hours a day, over 1.5 square kilometres of the lake, covering 38 kilometres with the rover in 150-m circles.

Maendel said he believes Tulurialik ended up in deep water.

“Though the outcome wasn’t what we hoped it would be, we leave knowing we gave it our all. Unfortunately, this is a reality for many families in this situation. They have to find peace and closure some other way but with faith comes healing, and that is our prayer,” said Manuel Maendel, Paul’s brother, in an open message to the community.

To assist with the search, many donated items for sale and money from community events to continue the search. An online fundraising page continues to receive contributions.

Tulurialik, a haul truck driver for Agnico Eagle Mines Ltd., who was working most recently for Arctic Fuel, in Baker Lake, was known as a great guy, residents say. Avid hockey fan Solomon Tulurialik, 29, of Baker Lake poses with his son in this photo shared on Facebook. (Photo courtesy of Facebook)

Known by the nickname “Salahockey” or Sala, he coached minor hockey this past year in the midget division and was also involved with the Senior Men’s hockey league.

“Not only was he a good role model for his players and his community, but also a good singer and musician,” said Karen Yip, who co-ordinated communications for the search effort in Baker Lake.

A grieving social media poster said God must have decided he needed a hockey coach for the kids in heaven.

A memorial and funeral service in Baker Laker for Tulurialik was set for Thursday, Aug. 15.

In an Aug. 14 release on the unsuccessful search for Tulurialik, the Nunavut RCMP urged everyone to follow safe boating practices by wearing life jackets, filing a travel plan with a responsible adult and carrying food and emergency equipment on board such as oars, communication devices, flares, rope and extra gas.