For Rupert Cordeux, painting the hamlet and its surroundings has been a way to engage with the community 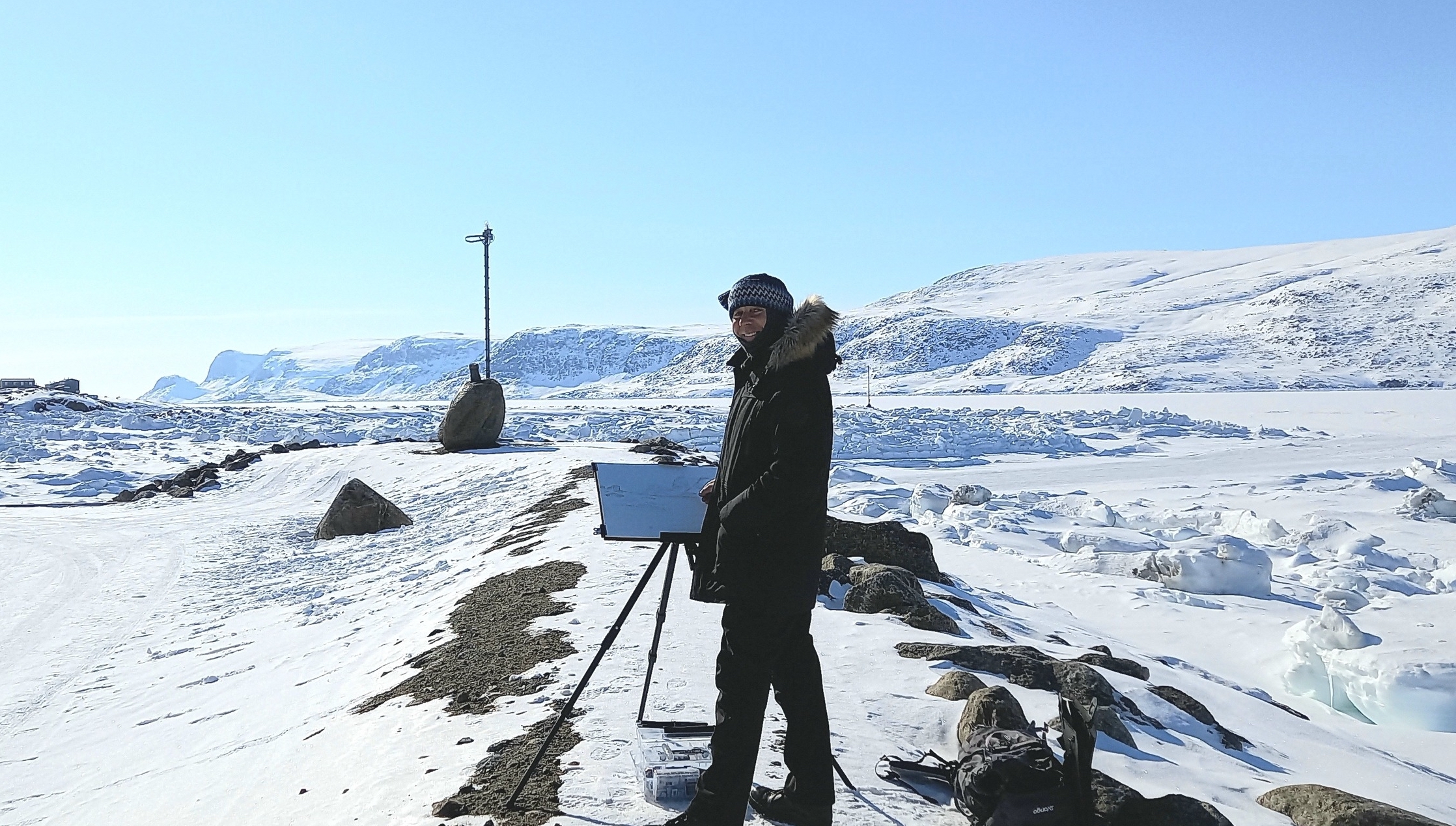 Even before he got to Pangnirtung, watercolour artist Rupert Cordeux says he knew the community would be like nowhere he has ever been before in terms of climate and inaccessibility. (Photo courtesy of Rupert Cordeux)

The coldest temperature Rupert Cordeux has ever painted in is -18 C.

He was outdoors and fully covered, except for his hands. While not too cold himself, Cordeux says his paints were telling a different story.

The watercolours were beginning to freeze, turning into a thick paste flecked with ice, and so was the plastic pot of water that his paintbrushes were in.

“I’ve never seen water freeze instantaneously,” he says. “But you get the water out of the pot and you look at the brush, and it’s frozen solid.”

This was some weeks ago, when he was painting the Pangnirtung landscape. 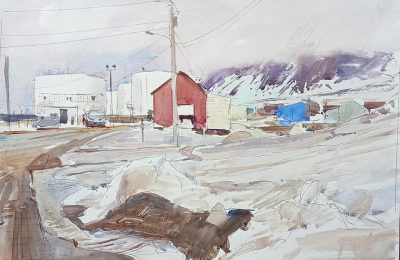 Born in 1966 in the U.K., Cordeux studied fine art and printmaking at the Wolverhampton Polytechnic School of Art.

In 2000, he became a professional painter, going so far as to win a popular British TV show called the Watercolour Challenge where amateur artists are given three hours to paint the same scene or landscape, often with widely different interpretations.

At the end of each episode, the guest professional artist for the week selected a winner, who would then appear in a regional final and, if successful there, would compete in the season finale.

In Cordeux’s case, the finale took place at Highgrove House, home to Prince Charles, the Prince of Wales.

More than two decades later, Cordeux says he found himself in Pangnirtung after meeting his partner, who works in the hamlet.

He travelled to Canada to be with her, after spending much of the previous two years staying connected through social media due to the pandemic.

Even before he arrived, Cordeux says he knew Pangnirtung would be like nowhere he has ever been because of its climate and inaccessibility.

“When I flew from Iqaluit to Pangnirtung, the remoteness of the place really hit me. I suddenly realized how [the hamlet] wasn’t just an abstract concept, it was real,” he said.

“I was absolutely awe-stricken by the view.”

Upon his arrival, Cordeux says he was conscious of not being from the community and was aware of Nunavut’s history of colonization. He wasn’t too sure about reaching out to the community, and decided to simply step out of his home and paint the environment instead. 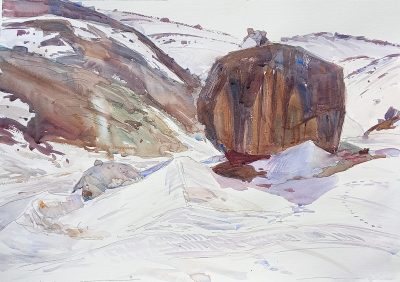 Cordeux says kids in the Pangnirtung are deeply fascinated by his work and often come out to watch him paint. When the weather gets too difficult, some of them help out. (Photo courtesy of Rupert Cordeux)

“From the very first time I stood outside to paint, people have been coming over to me to see what I am doing,” he says.

“Our conversational exchanges usually take the form of me telling people what I am doing and then me asking about the likelihood of encountering a polar bear.”

Children in Pangnirtung have been helpful. Cordeux says they have been deeply fascinated by his work and often come out to watch him paint.

And when the weather gets too difficult, some have helped.

“On one occasion while painting a picture of the bridge, my hands were so cold that I was unable to pack away my art gear,” he said.

“Within seconds, my small audience was on it and in no time at all they had stowed all of my equipment for me, which was such a relief.”

Recently, Cordeux met the administrator of a Pangnirtung Facebook group. It was a turning point, he said, because they gave him permission to post about his art as a way of thanking the community for making him feel at home.

His post made big waves in the group. More than 200 people liked his work, with some saying they’d like to buy his paintings.

It’s different from the U.K., where people have come to see his art but declined to support it by making a purchase or championing it online.

Cordeux will be in Pangnirtung until August, then he will head home to the U.K. with his partner for a while.

It’s just a matter of time until he comes back to paint Pangnirtung again. Perhaps this time, it will be in the summer.

“As much as I love the snow and ice, I long to see the water flowing,” he said.