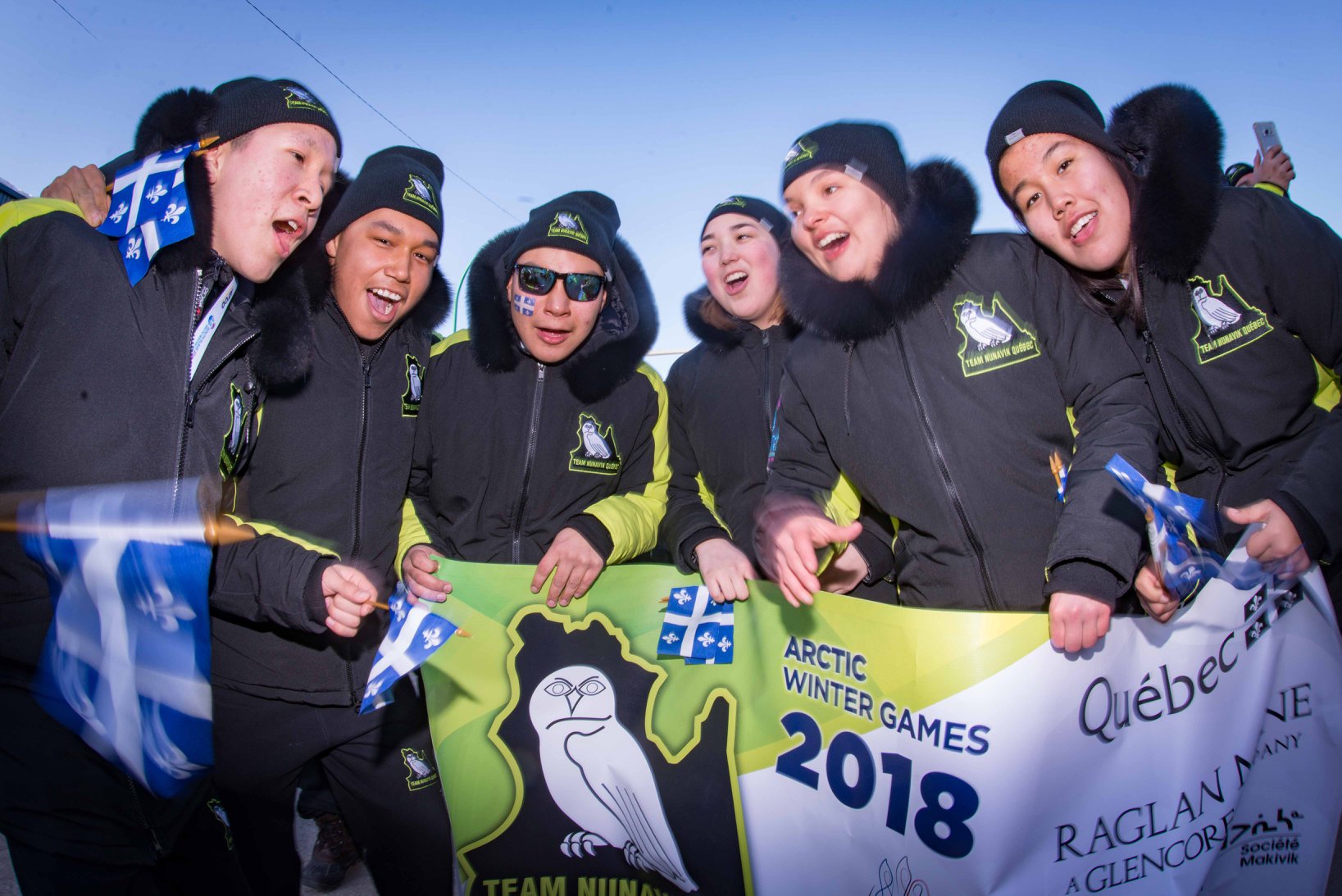 Members of Team Nunavik-Québec celebrate at the opening ceremonies of the 2018 Arctic Winter Games in Hay River, N.W.T. The 2022 games have been postponed due to COVID-19. (File photo courtesy of KRG)

Event was to be held in Wood Buffalo, Alta., next March

The Arctic Winter Games International Committee has decided to postpone its 2022 games.

Next year’s Arctic Winter Games were originally set to be held in Wood Buffalo, Alta., from March 6 to 12.

The committee called the decision a “proactive response to the global COVID-19 pandemic” in its announcement Wednesday.

This is the second Arctic Winter Games affected by COVID-19. On March 7, 2020, four days before the World Health Organization declared a pandemic, organizers cancelled the event, which was set for March 15 to 21 in Whitehorse.

The games are usually held every two years, welcoming some 2,000 athletes from around the circumpolar world, including Canada’s northern territories, Nunavik, northern Alberta, Alaska, Russia, Greenland and Finland.

The Kativik Regional Government expressed disappointment in a news release Wednesday, but said the organization supports the decision to postpone the 2022 games.

The regional government oversees Team Nunavik-Québec, which was training a delegation of approximately 60 Nunavik athletes to participate in the games.

“The KRG shares the frustration of the athletes, coaches and organizers of Team Nunavik-Québec who for the second time in less than a year must deal with a setback caused by the COVID-19 pandemic,” states the release.

“The KRG encourages all those involved in the event to continue their hard work in preparing Nunavik youth for the Wood Buffalo games that will be held at a later date.”

No decision has been made yet on new dates for next year’s games, the committee said.