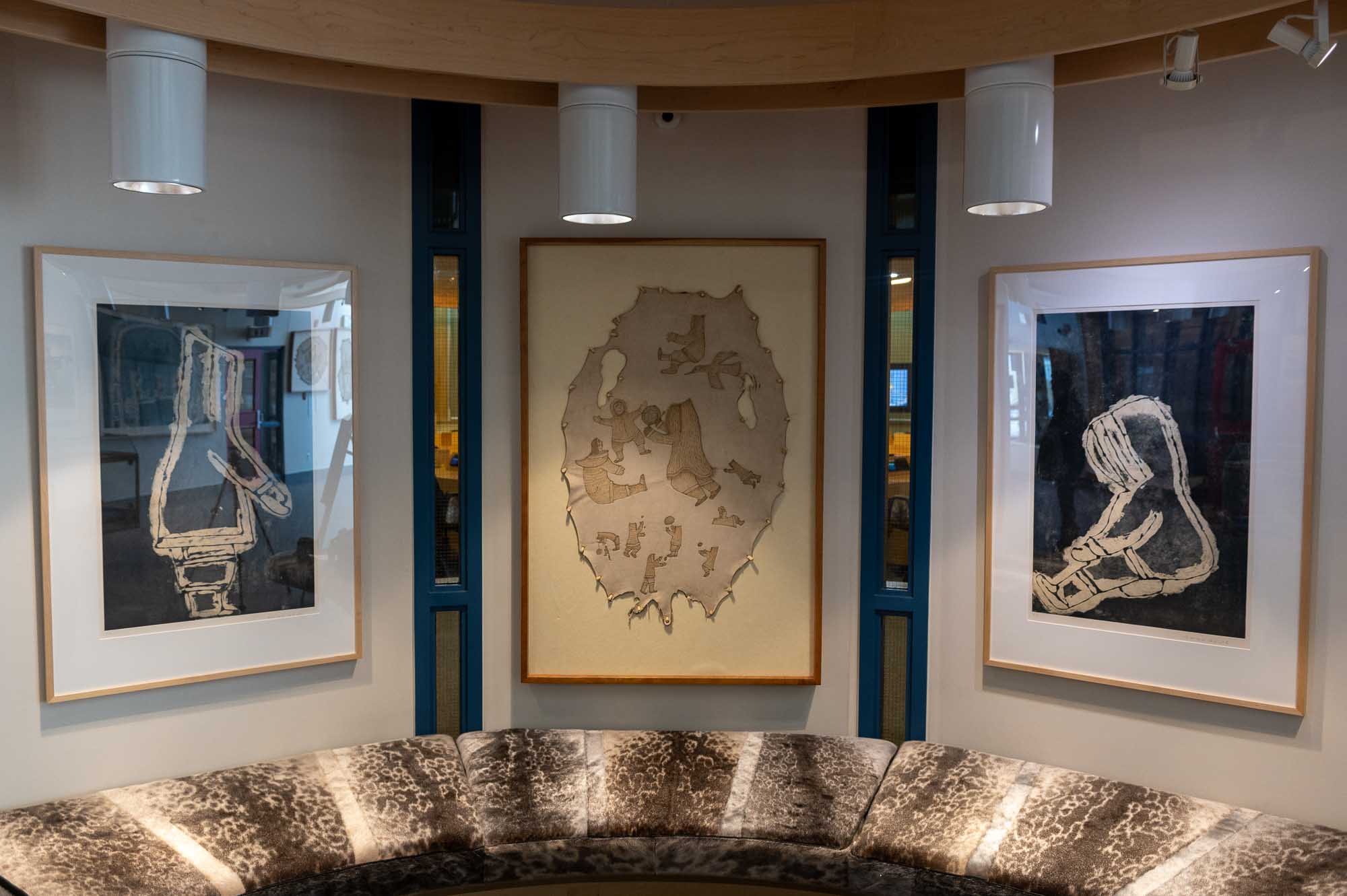 Artwork by Elisapee Ishulutaq hangs in the legislative assembly of Nunavut in Iqaluit. In the centre is a pyrographed, or burned, design on sealskin, and on the left and right are sugar-lift prints titled Mother (left) and Daughter (right). (Photo by Dustin Patar)

Over a dozen prints and sealskin pieces by the late artist Elisapee Ishulutaq, who was born in Pangnirtung, have come home to Nunavut with the help of her printmaker.

“So much of the work is never seen by even the artist, let alone the family or friends … the art should be in its own neighbourhood,” said Paul Machnik, the Montreal printmaker who worked with Ishulutaq for years.

Seventeen pieces by Ishulutaq, donated by Machnik to the territory’s Department of Culture and Heritage, are now on display in the lobby of Nunavut’s legislative assembly.

Machnik worked with Ishulutaq’s art from start to finish, from creating prints to getting them to market.

“For her to trust me all these years has been very, very special,” he said. “I owe her a debt of gratitude for that.” 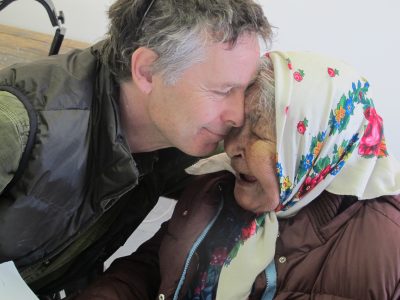 It was the sealskin pieces, in particular, that he wanted back in Ishulutaq’s home territory. Over the years, some of these pieces had made their way to Vancouver and others stayed in Montreal, where Ishulutaq created them.

“I was determined, I wanted them to come back to Nunavut,” Machnik said.

Machnik and Ishulutaq met in the 1990s when he travelled to Pangnirtung to run printmaking workshops. He said there was an immediate bond between the two, despite their speaking different languages and having to communicate through an interpreter.

“I felt that kinship,” he said.

Machnik said she spoke with him about the struggles her family faced growing up, like having to eat animal hides to survive because they couldn’t afford meat, “yet they persevered.”

Through her art, she expressed her love for her people and her culture, and wanted to show how Inuit used to live, he said.

The pieces on display in the legislature depict scenes like community whale hunts and children playing inside an igloo.

“She has a deep love for her people … there’s joy that comes through the struggles.” 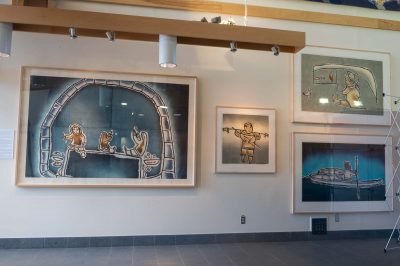 Large prints by artist Elisapee Ishulutaq are hung on the walls of Nunavut’s legislature in Iqaluit. The print on the left depicts children playing in an igloo. On the bottom right is the piece titled On My Father’s Kayak. (Photo by Dustin Patar)

In one print, it looks like an animal is strapped to the back of a kayak at first glance, but the figure is meant to represent Ishulutaq herself, Machnik said. He described a story she told him about her father strapping her to a kayak to cross choppy waters, since there wasn’t enough room in the kayak for two.

“She spoke a lot about her dad … taking care of the family.”

Ishulutaq and Machnik collaborated with other forms of art over the years. The sealskin pyrography pieces — designs burnt into sealskin — came after Machnik was inspired by wood burning art done by Indigenous artists in Australia and suggested she try it on sealskin.

She made the eight sealskin pieces in 2016 during a workshop with students at Pangnirtung’s high school, where she also did a four-piece mural addressing teen suicides.

Ishulutaq’s prints are done with a method called sugar-lifting. She would first paint her designs directly onto steel plates with a sugar-based liquid. Then, she would use her hands to paint over the sugar-based image. 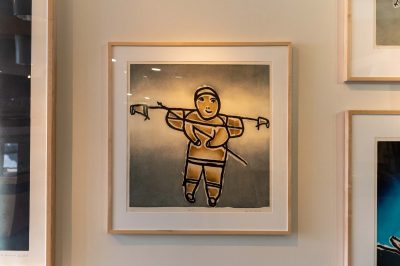 Next, the entire steel plate would be dunked in nitric acid to etch the image onto the plate. Finally, ink was added and the design was transferred onto damp paper in an etching press.

Two of the prints on display are so big — about a metre and a half high by two metres wide — they had to be done in four pieces, on four separate plates.

Ishulutaq completed six of the sugar-lift etchings on display at Machnik’s studio while on a layover in Montreal, when she was travelling to receive the Order of Canada in 2014.

Alex Stubbing, the Nunavut government’s director of culture and heritage, said after a few months in the legislature, some of Ishulutaq’s pieces might be displayed in Iqaluit’s airport while others, specifically the sealskin pieces, may go to the Winnipeg Art Gallery to be properly conserved.

Ishulutaq was born in 1925 in a seasonal camp outside of Pangnirtung, then moved to the hamlet permanently with her family in the 1960s. She was widely known within her community and across the country for her prints, sculptures, drawings and oil stick paintings, with pieces in the National Gallery of Canada, the Winnipeg Art Gallery and other collections. She continued creating art until she died in 2018, at the age of 93 in her home in Pangnirtung. 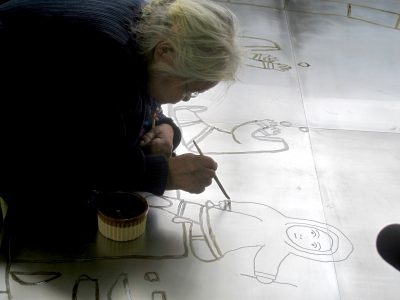 Artist Elisapee Ishulutaq is seen here at the Studio PM in Montreal in 2014, working with the sugar-lift medium on steel plates that would later be used to create prints of her work. (Photo provided by Paul Machnik)

The legislature is currently closed to the public because of COVID-19 restrictions, so Ishulutaq’s art cannot be viewed in person at this time.