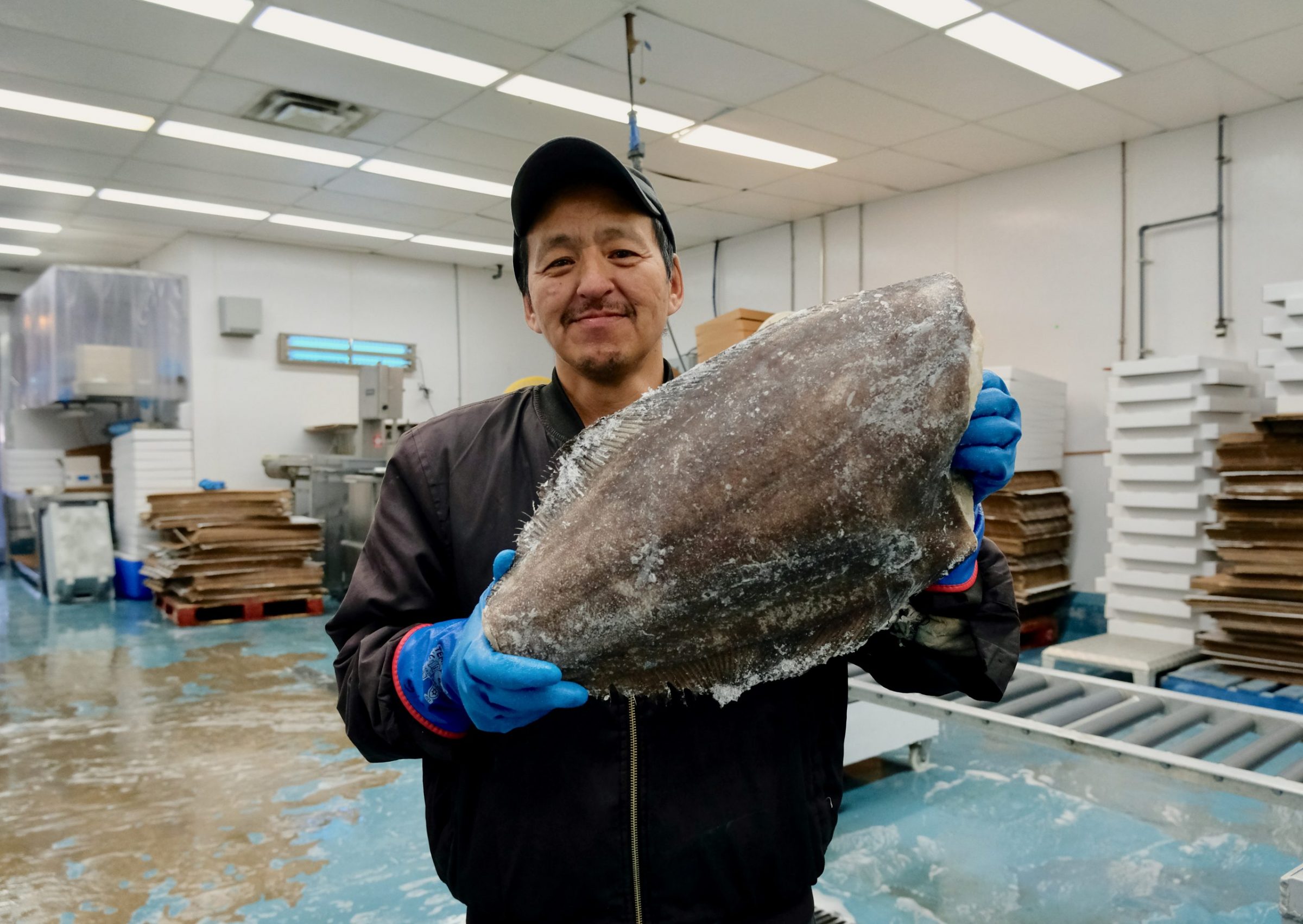 The production supervisor of Pangnirtung Fisheries, William Shoapik, is seen holding a flash-frozen turbot, ready to be packaged and shipped. (Photo by Mélanie Ritchot)

PANGNIRTUNG — With turbot season wrapped up and production slowed to a halt, the Pangnirtung Fisheries plant is quieter than usual — but not for long.

Within a couple of weeks, about 10 local fishermen will start bringing their hauls of Arctic char to the processing plant at all hours of the day and night, said Keaton Guy, the company’s production manager. 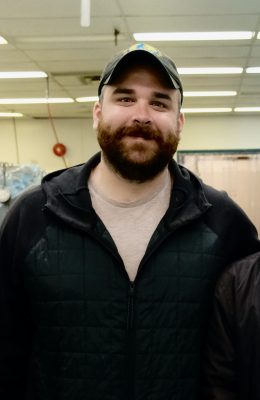 Keaton Guy is the production manager of Pangnirtung Fisheries. (Photo by Mélanie Ritchot)

Guy predicts about 25,000 lbs. — or about 11,500 kilograms — of char will come into the plant by the end of the month to be processed and packaged, and will be sold out by the end of September.

“It’s crazy, there’s such a demand for char,” he said.

Pangnirtung’s char all stays in Canada and is sent out to restaurants and individual buyers across the country.

Turbot — or Greenland halibut — on the other hand, which typically gets processed at the plant between February and April, gets exported to countries including China, Japan, Indonesia and Taiwan.

Like many Canadian businesses, the fishery was not immune to the effects of COVID-19 over the past year, especially after the virus made its debut in Nunavut.

In January, the company introduced free shipping to cities where Canadian North airline flies. But in the spring, the pandemic and reduced flights resulted in a pause in the new initiative and a surplus of product stocked at the plant.

The free shipping resumed about two weeks ago, Guy said, and staff are now working on getting boxes of fillets out to customers in Nunavut, Montreal, Ottawa, Winnipeg, Edmonton and Whitehorse between turbot and char season.

“With our online [sales] we’re able to keep people employed all year, which we’ve never done before,” Guy said.

In one of the plant’s many freezers, boxes of turbot heads weighing over 100 lbs. are stacked high on pallets. 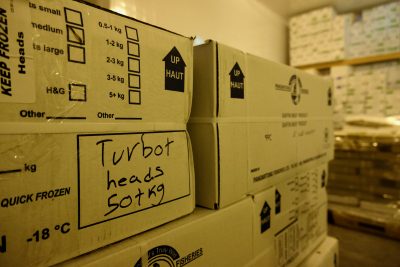 Pangnirtung Fisheries has started buying turbot heads off fishermen so they don’t go to waste. Productions supervisor Keaton Guy said there’s a big market for the product in Asia. (Photo by Mélanie Ritchot)

Before this year, the fishery didn’t buy the heads off fishermen, meaning they were left on the ice and went to waste, Guy said.

Now, they are bought off harvesters for the same price the fishery sells them for.

“We don’t make any money off them, it’s just a little conservation effort.”

The fishery also hired local high school students for the first time during the winter.

Seven students came in to work on evenings and weekends during turbot season, and summer students have been hired for the upcoming char season, Guy said.

The students “really saved us,” Guy said, explaining how the processing plant is chronically short-staffed, currently with about 30 of 50 potential positions filled.

The student employees have the same role as the rest of the team, which includes cleaning, inspecting and sorting fish. It also needs to be weighed, packaged and flash-frozen before it’s ready for export.

To make the sorting process easier, the plant got a second-hand machine last year, which automatically drops fish into different bins depending on their weight. Before this, the bins of fish had to be weighed manually. 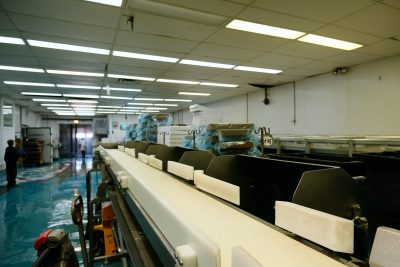 A second-hand machine repurposed to sort fish by weight is the newest addition to Pangnirtung Fisheries’ processing plant, eliminating the need for employees to weigh them manually. (Photo by Mélanie Ritchot)

Fish with quality defects like certain marks, or objects inside them, are taken off the assembly line.

“We have a very good reputation for some of the best, cleanest fish in the world and we’re not going to ruin that.”

“The bright side to that is we pay the fishermen for every single fish they get whether it’s good or bad.”

Despite being short-staffed and operating out of a relatively small plant, Guy said they could be processing and exporting much more fish.

The main hurdle to expanding is the airstrip at the Pangnirtung airport. 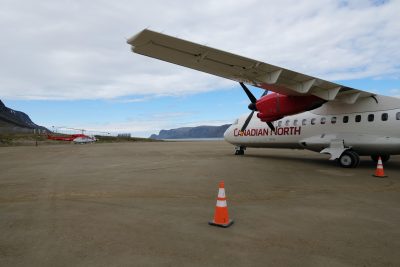 The landing strip in Pangnirtung is too short for bigger jets to land, meaning the fishery can’t ship out as much product as it otherwise could. (Photo by Mélanie Ritchot)

Being too short for large jets to land, the fishery is limited to exporting about 200 boxes, or 5,000 lbs. of fish on the smaller planes daily, seven days a week, Guy said.

The amount the plant can export is also affected by flight cancellations related to weather, for example.

“As soon as two or three planes are cancelled, we’re backed up.”

As a possible solution, Guy said a proposal to build a runway on the ice in the wintertime has been sent to the Government of Nunavut.