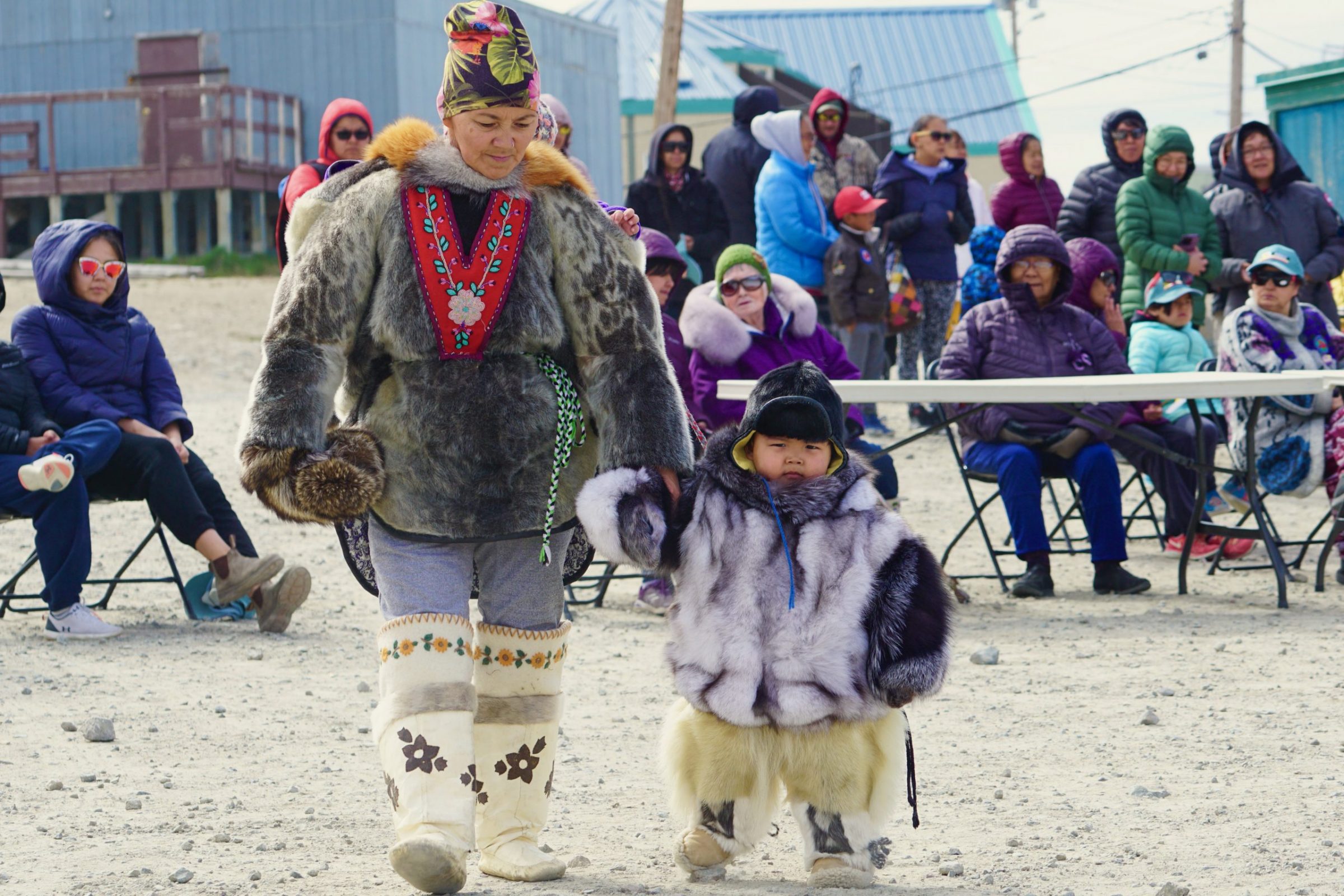 Dressed in polar bear pants and a fox fur coat, one-year-old Michael walked down the runway at the Nunavut Day fashion show in Pangnirtung with his mother Lorna Atagoyuk. (Photo by Mélanie Ritchot)

PANGNIRTUNG — Despite cloudy weather and winds, Pangnirtung residents came together to celebrate Nunavut Day in style.

After picking up Nunavut flags, stickers and hats at the hamlet office, kids lined up beside the road for a morning parade and candy toss — with one of the trucks winning the prize for best decorations.

“Getting to gather, seeing people we don’t see every day, that’s the part I like the most,” said resident Tommy Kunilusie. 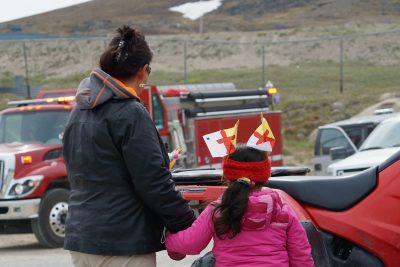 The RCMP held a free community barbecue, setting up an afternoon full of activities.

After lunch, a fashion show was the main event with residents of all ages walking the runway in both traditional and creative outfits.

Some donned sealskin parkas, while others wore amautis they crafted out of garbage bags for a contest.

O’Lassie Machmer made her garbage bag amauti with the help of her daughter. 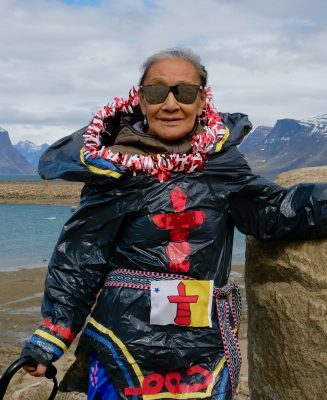 O’Lassie Machmer is seen here wearing the amauti she crafted out of garbage bags with the help of her daughter as part of a contest. (Photo by Mélanie Ritchot)

Later, groups got into circles near the port to play dice games, and a cake-decorating contest took place in the community centre.

Throughout the day, elders called in to the local radio station to share stories and radio staff held call-in guessing games.

Anauligaaq, or Inuit baseball, was also on the roster, depending on how the weather turned out.

Looee Mike, one of the organizers, said it really was a day for the community to come together and gather after being cooped up amid COVID-19 restrictions.

“We have been coming to work every single day and following COVID rules religiously,” she said.

“A celebration like this means we can come out and be outside [together].”

The hamlet’s mayor, Eric Lawlor, said not being able to gather as a community and be social has been one of the hardest parts about the pandemic.

In past years, they usually held a community picnic and would all gather in one place instead of being split into smaller activities, and there was often live music, Lawlor explained.

But despite some COVID-19 restrictions remaining and the weather turning chilly, the organizing team was able to pull off a successful Nunavut Day and more activities will come throughout next week.

Nunavut Day marks the anniversary of the Nunavut Land Claims Agreement being passed by Parliament in 1993. Nunavut formally came into being later, on April 1, 1999.