Markus Wilcke has hosted guests from across the world since 2016 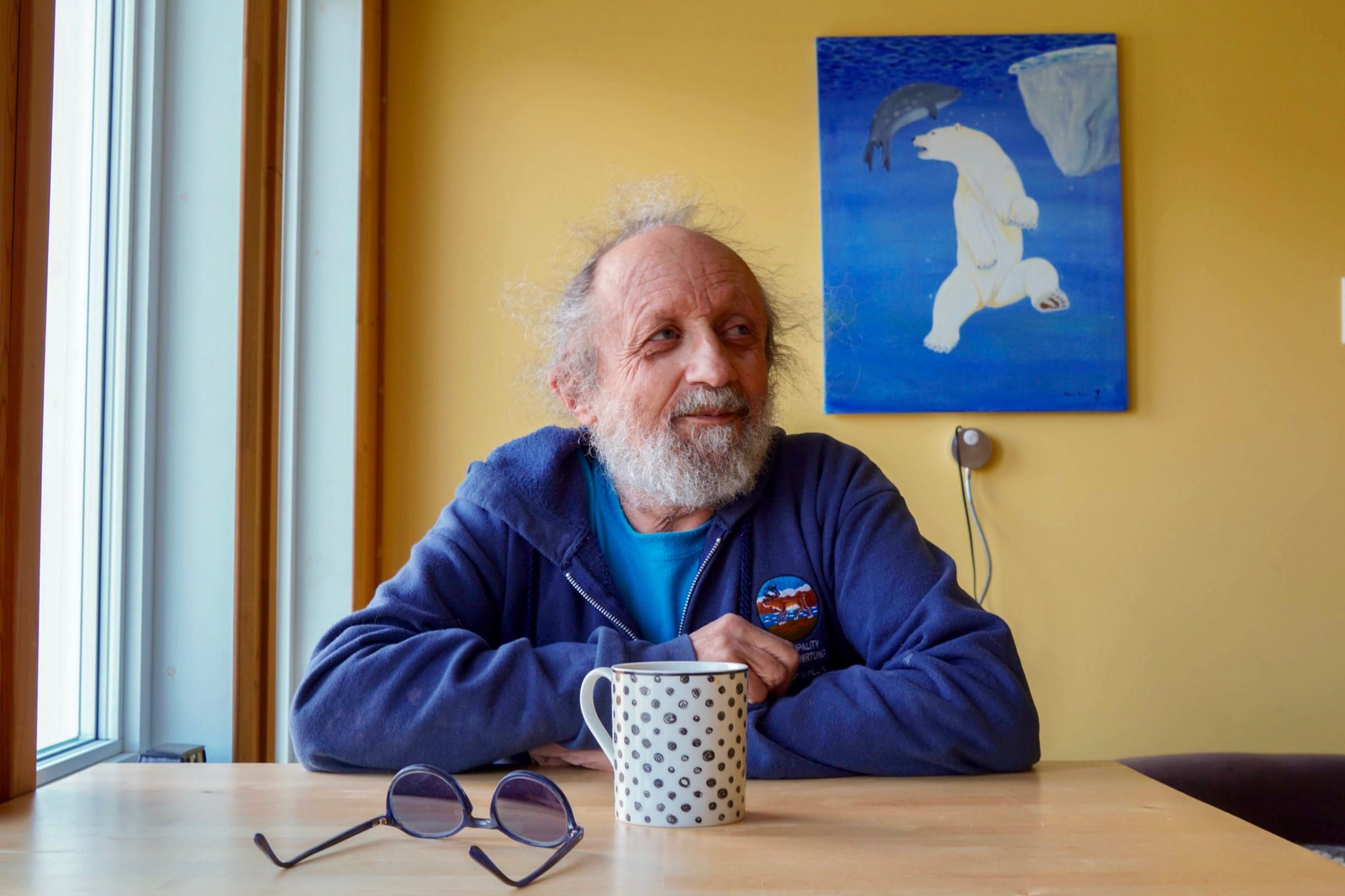 Pangnirtung’s Markus Wilcke has been running the community’s only bed and breakfast since 2016. (Photo by Cedric Yves Denis)

In a bright yellow house facing the mountains in Pangnirtung, the hamlet’s only bed and breakfast operator, Markus Wilcke, spends most mornings making omelettes or pancakes for his guests.

In the afternoons, neighbour kids stop by for slices of homemade bread spread with peanut butter, and to greet Wilcke’s dog Moritz — named after a prankster from a classic German novel.

Originally from Germany, Wilcke moved to the Western Arctic in the early 1980s, worked as a nurse, and made his way to Baffin Island about a decade later before making Pangnirtung home in 2000. 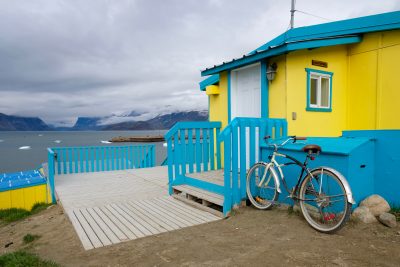 Wilcke chose to paint his house bright yellow and blue to brighten up the street, he said. (Photo by Mélanie Ritchot)

When he retired in 2016, Wilcke said he knew he wanted to stay in the community.

“It’s the most beautiful community geographically,” he said, “and excellent people to live with.”

Wilcke started planning Pangnirtung Fjordview Bed and Breakfast shortly after retiring, with hopes of making enough income to stay in the North, while having enough free time to focus on community work, he said.

Now, he’s capping off five years running the Fjordview and plays an influential role in Pangnirtung.

“I’m in the fortunate situation where I have a lot of experience of living in the North, knowing the challenges, having a good understanding of what changes are needed from the community’s perspective,” he said. “So I can effectively advocate.”

For example, Wilcke recently co-ordinated the creation of a new group to support and advocate for Pangnirtung residents with disabilities.

He also played a key role in establishing a soup kitchen that ran for three years in the community.

After about six months of renovating his three-bedroom home, mostly by himself, Wilcke was open for bookings that same year.

The first year was slower in terms of business, he said, but bookings increased year-by-year as guests spread the word about the accommodations.

Soon, workers and tourists from across Canada, the United States, France, Germany and Japan were staying in the yellow house.

“My place attracts people who like a more informal setting, they like to have a home away from home,” he said. 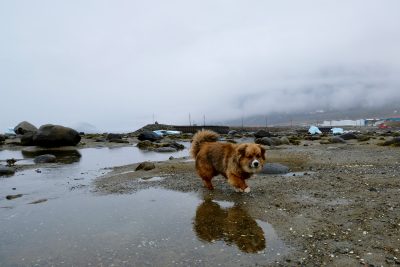 With a shared kitchen, plenty of Inuit art, personal touches like seat covers made by a local seamstress, and stock-full bookshelves, Wilcke said his house fosters conversations.

As a host, Wilcke’s main goal is to help visitors make the right connections.

“It’s my role to help them get connected to the people, to the artists, the hunters, outfitters, and to the internet,” he said.

“Many people value making a personal connection to somebody who can connect them to the community, rather than just having a room.”

Like many businesses in the tourism industry, Wilcke’s was hit hard by the COVID-19 pandemic.

“There was a considerable slowdown in bookings and for a couple of months I had no guests.”

This past year things have been looking up, Wilcke said, with workers who can travel again — like construction workers and Government of Nunavut staff — booking up the rooms.

If you ask Wilcke, there’s more demand for accommodations in Pangnirtung than he and the inn next door can handle, especially with full construction crews often needing a place to stay for months at a time.

“These days four to five bed and breakfasts would be viable businesses in this community,” he said, encouraging others to establish their own local businesses.

Aside from running the bed and breakfast, Wilcke is also a councillor with the hamlet of Pangnirtung.