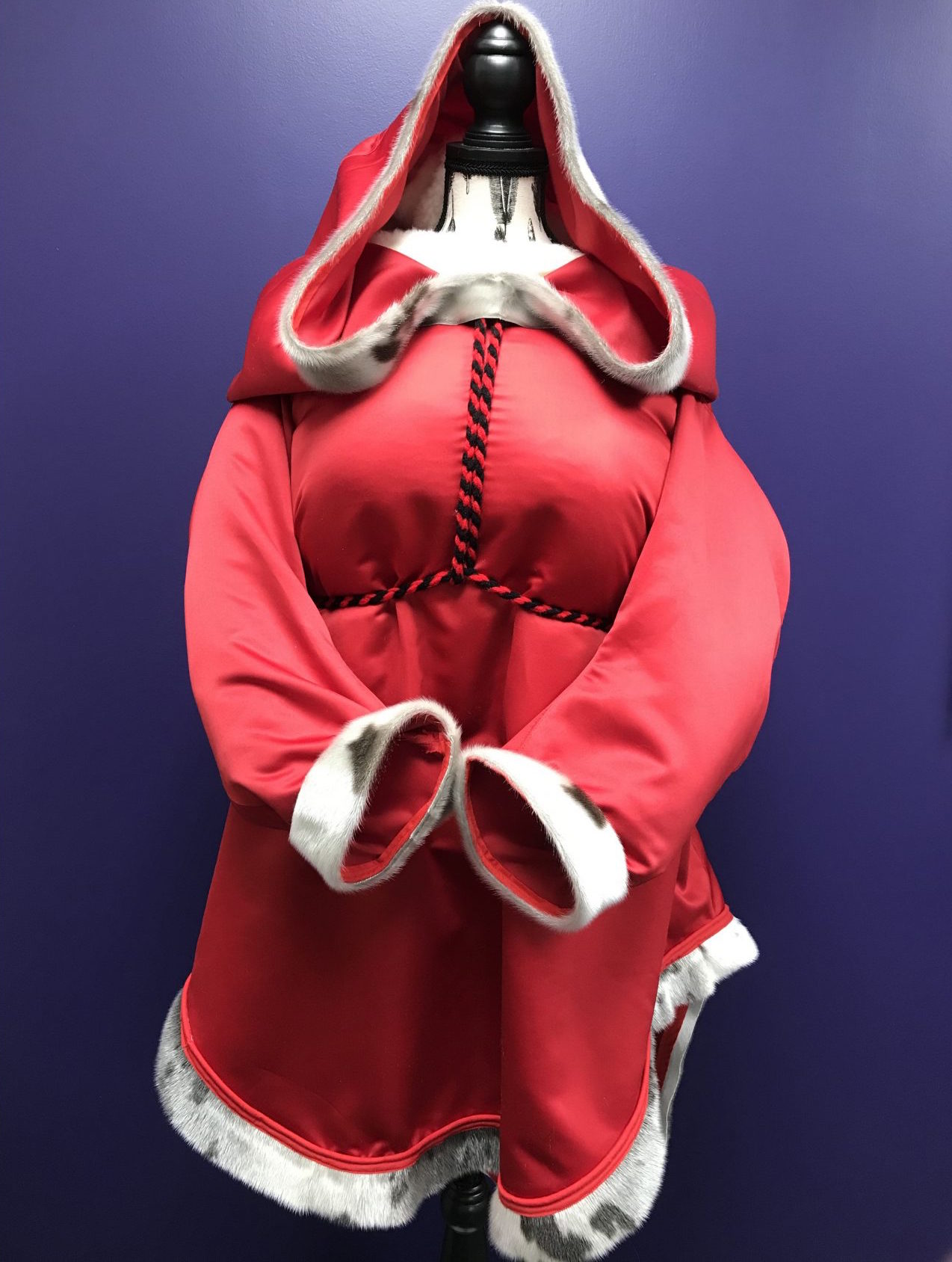 Inuit women in the Manitoba Inuit Association’s Kativiik sewing circle created this red amauti as a symbol of missing and murdered Inuit women and girls in 2019. Now Pauktuutit has developed a national version of that commemoration project. (File photo)

Canada’s national Inuit women’s organization has put a call-out for seamstresses to design a series of amautiit to honour Inuit women and girls who are missing or were murdered.

Pauktuutit Inuit Women of Canada recently launched its Red Amauti Project, which will fund the creation of an amauti for each of the four regions of Inuit Nunangat: Nunavut, Nunavik, Nunatsiavut and Inuvialuit.

“When we were talking about doing a commemoration project, we came up with several ideas,” said Pauktuutit president Rebecca Kudloo. “But in the end, the red amauti made the most sense. It has become a symbol of remembrance.”

The Red Amauti is an Inuit-focused initiative that draws from the REDress Project, a 2011 art installation developed by Métis artist Jaime Black, who collected 600 red dresses from across the country as a memorial to missing and murdered Indigenous women.

The amauti is a traditional Inuit women’s parka fitted with a hood, used for carrying infants.

The design of the amauti varies across Inuit Nunangat, Kudloo said, from the size of the baby’s pouch, to the design of the hem and the different types of embellishments used, such as fringe or beading.

Regardless of the style, Kudloo said the amauti is an unmistakable symbol of Inuit women.

“We’re hoping that when people see these … it will remind them that women lose their lives through violence,” she said. “And we all have to work together to eliminate that violence in our communities.”

Inuit seamstresses or groups have until Sept. 10 to submit their design bid. The seamstresses that Pauktuutit selects to create the amautiit will have until January 2022 to complete their projects.

Pauktuutit hasn’t yet determined where the red amautiit will be displayed. Kudloo said they could be put up in community centres or gathering places, or the parkas could tour through the different regions.

The Red Amauti Project is funded through the federal budget earmarked for commemoration projects that flowed from the National Inquiry into Missing and Murdered Indigenous Women and Girls.