“They shot him so many times. I watched my son die right before my eyes.” 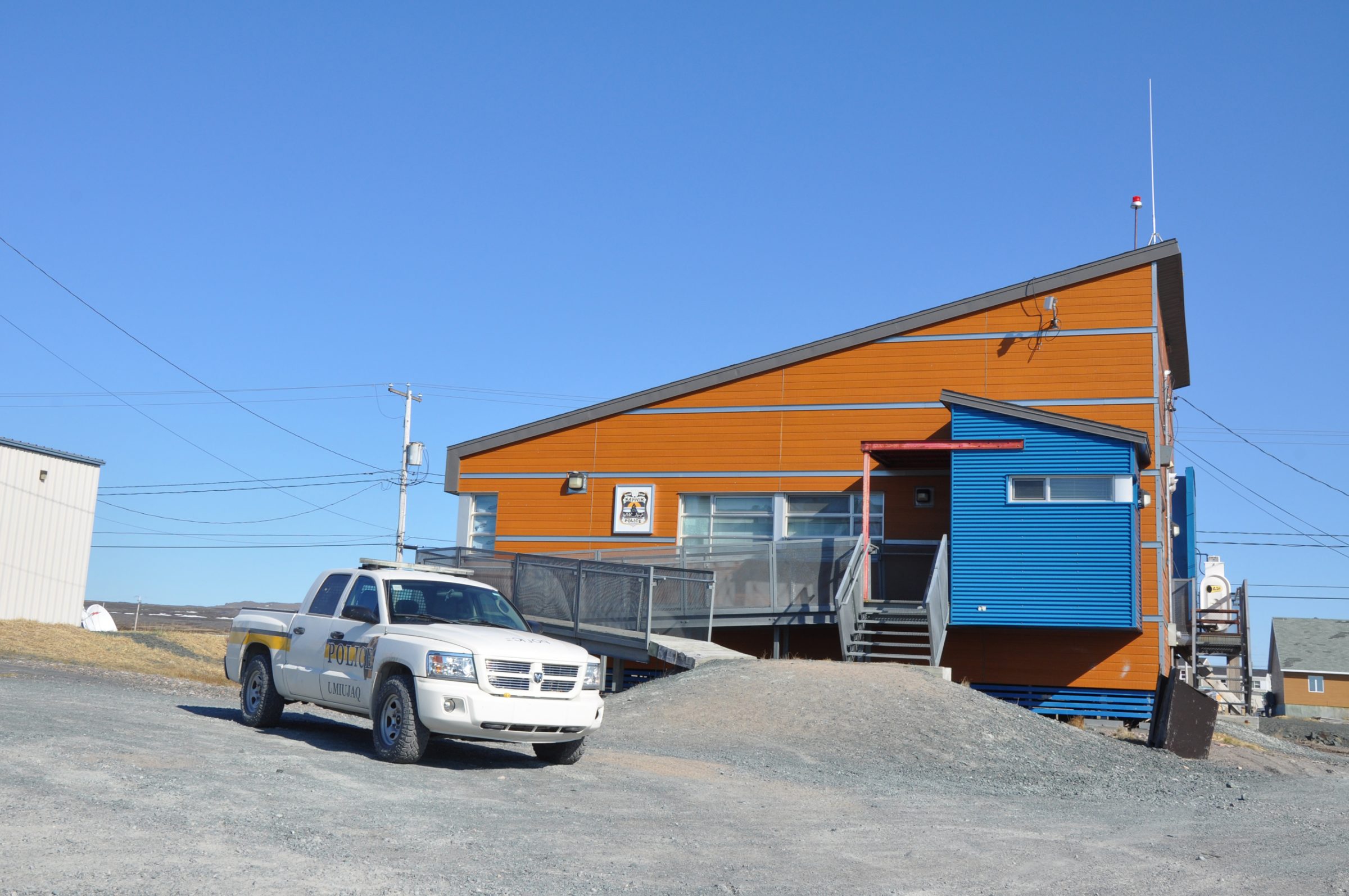 The Kativik Regional Police Force station in Umiujaq is pictured in the summer of 2017. David Sappa, 22, was shot and killed by KRPF officers in December of that year. While Quebec’s independent investigation agency found that officers used reasonable force, Sappa’s father, Paulossie Crow, disputes this. (File photo)

According to Quebec’s independent investigation agency, the Bureau des enquêtes indépendantes, the Umiujaq man was brandishing knives, uttering threats and refused to surrender to the police who had warrants for his arrest.

Sappa was shot three times, and then pepper-sprayed, according to the investigation. In June, the officers were found to have used reasonable force to protect themselves and their colleagues and cleared of any wrongdoing.

The following is a letter sent to Nunatsiaq News by Paulossie Crow, father of David Sappa.

Since his son’s death, Crow says he has suffered from post-traumatic stress disorder and depression.

He asked for his letter to published.

I was there from beginning to end.

I saw the whole thing when my son was shot and killed by the KRPF cops.

I was right there when they killed him.

In the beginning, a female cop came to my house asking me if my son was home. She told me she had an arrest warrant for him. It was almost lunchtime but I told her he was not home. I asked her what was the warrant about. She told me I cannot tell you and left my house right away.

About one hour later while I was home I heard my son yelling outside. I recognized his voice right away.

When I looked through the window I saw my son holding the knives and the three cops pointing their guns at him. I quickly went outside to follow them. But I never saw my son threatening the people of Umiujaq or go to the community centre.

All he did was walk all over the road in our community. Never threatening my people. I followed them throughout the whole time. This went on for a long time.

But at one point, my son went to the ice and the cops didn’t follow him there. He was all alone on the ice. So I went and approached him.

When we were alone on the ice together I tried to change his mind about giving up. But at first he just said, “I’m not going back to prison, dad.”

I tried to tell him you know everything will come to pass. We started talking to each other, saying I love you, son, and he said the same thing. I love you, dad. And we hugged and cried with each other. But that was our last time together.

Then he said I want to go home for the last time before I go to jail and we started walking back to the community. And the cops came right away yelling at us. Drop the knives. Yelling and screaming.

We ended up near my house and the whole thing got much worse because the cops didn’t know how to handle the situation. All they did was yell and scream at my son pointing their guns at him. That made my son more angry. All he did was try to go home for the last time.

But the cops, they already made their mind to shoot him.

They didn’t try to calm him down or try to negotiate with him. I tried to go in front of the cops when they were pointing the guns at my son, because I didn’t want my son to get shot. I did that a lot of times. And in my mind I was thinking, “Please somebody come to help.”

And nobody came to help. A lot of people were just watching. Please help. I even went to one of my family members asking for help. But no. Nobody helped me.

I went back to my son and the cops. This went on for hours. I tried and failed to get my son to change his mind. But the cops kept yelling and yelling at him. Like I was saying earlier, they didn’t try to calm him down or negotiate with him. In the end, they shot and killed him right in from of me and a lot of people.

They shot him so many times. I watched my son die right before my eyes.

It completely destroyed my life.

I believe he had a death warrant for my son.

And to make it all worse the BEI investigators and Crown prosecutor will not charge the cops for killing my son right in front of me.

They were only concerned about the cops. Was that justice, to kill my son like that? I want justice for my son too.