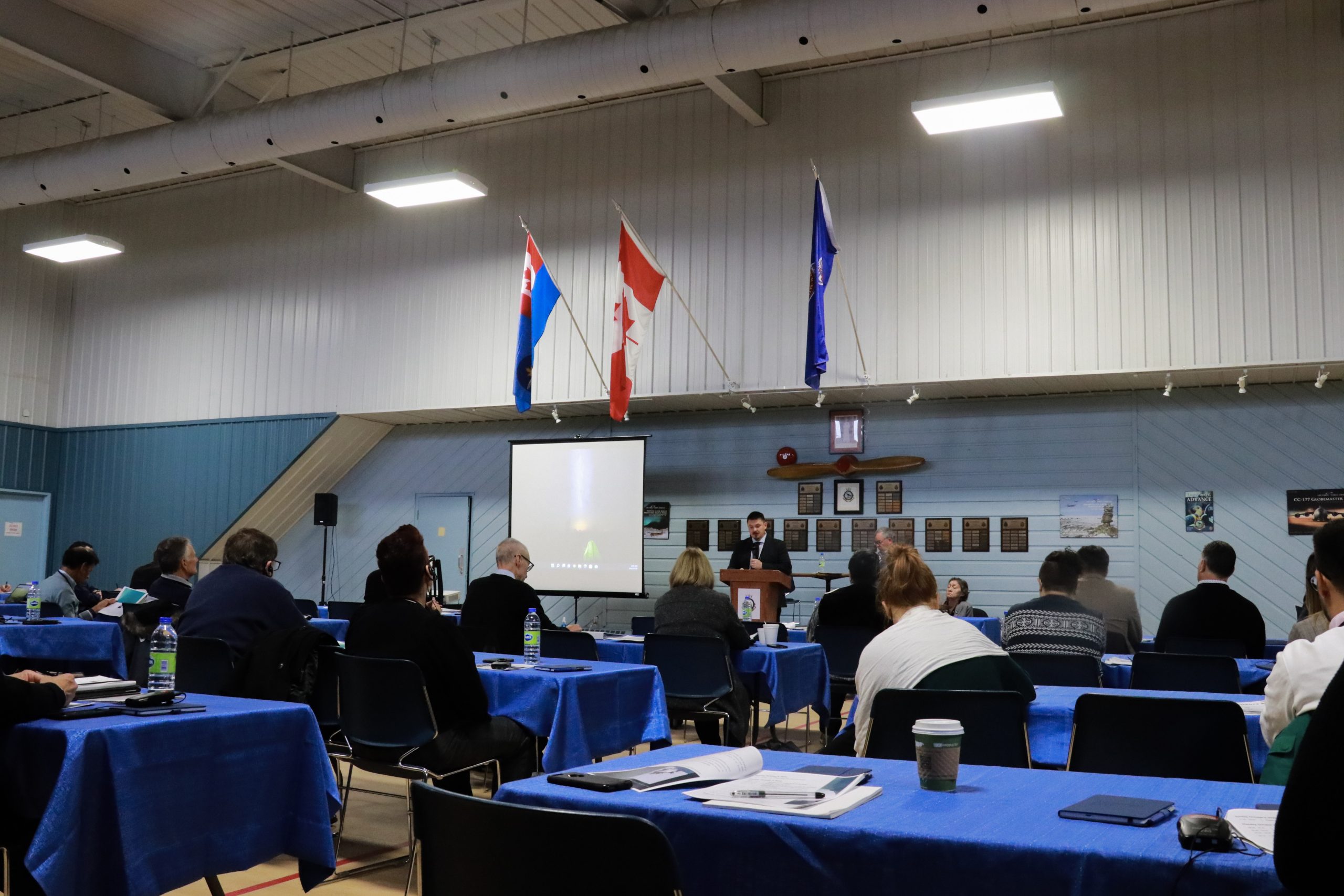 Senators, policymakers and analysts from across the country gathered for a summit on security and sovereignty in the Arctic in Iqaluit on Oct. 3. Key themes at the event included partnership with Inuit and Northerners, the need for better infrastructure, and the need for Canadians in the south to pay attention to morthern issues and challenges. (Photo by Meral Jamal)

Arctic sovereignty and how to strengthen it was the focus of a one-day summit of policymakers, analysts and political representatives in Iqaluit Monday. 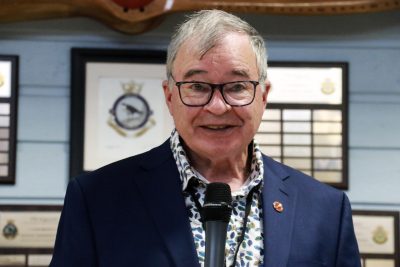 The Iqaluit event was hosted by Nunavut senator Dennis Patterson and local and regional organizations such as the Inuit Development Corporations Association and Nunasi Corp. (Photo by Meral Jamal)

The event was in response to $4.9 billion in funding, spread over six years, for modernization of the North American Aerospace Defense Command announced by Anita Anand, Canada’s defence minister, in June.

The defense command is a Canada-U.S. venture that provides aerospace monitoring, sovereignty and protection for both countries.

The money will be used to enhance surveillance in the North.

It’s expected it will help modernize Canada’s defence capabilities in light of autocratic regimes that “threaten the rules-based international order that has protected us for decades, and as our competitors develop new technologies like hypersonic weapons and advanced cruise missiles,” Anand said when it was announced in June.

Speaking to delegates, Nunavut Premier P.J. Akeeagok stressed the importance of strengthening sovereignty and security in the Canadian Arctic given Russia’s invasion of Ukraine earlier this year.

He emphasized the need to include and partner with Inuit and Northerners when making decisions that affect the region.

“Territorial figures have agreed to be a unified voice about [Russia’s invasion of Ukraine] and how investments in Arctic security and sovereignty should truly support healthy, thriving and resilient communities throughout the North,” Akeeagok said.

“The best way [for Canada] to promote and enhance its security and safety is to invest in its people who live here.” 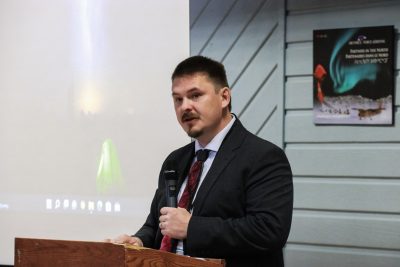 Nunavut Premier P.J. Akeeagok gave the opening address at the Arctic sovereignty and security summit in Iqaluit on Oct. 3, stressing the importance of including Inuit and Northerners in decisions that impact the region. (Photo by Meral Jamal)

In a moderated discussion, panelists discussed ways to reduce the infrastructure gap between the North and southern Canada to better support the aerospace defense command.

They also looked at the importance of implementing an infrastructure strategy, including transportation and telecommunications, and discussed barriers faced in trying to strengthen the North.

“The North suffers because the country as a whole doesn’t understand Northern issues,” said Ken Coates, a history professor at the University of Waterloo.

“Who are we as a Northern nation? What is our identity as an Arctic country,” asked panelist Jessica Shadian, chief executive officer at Arctic360, which on its website describes itself as Canada’s premier Arctic think tank.

“Because the [investment] is so fundamental, Canadians need to be invested and understand why we’re a northern nation.”

Discussions at the event also focused on aerospace defense modernization as part of reconciliation in Canada. It was to conclude Monday night with a keynote address by Inuit Tapariit Kanatami president Natan Obed.

The Iqaluit summit was hosted by Nunavut senator Dennis Patterson in partnership with local and regional organizations including the Inuit Development Corporations Association and Nunasi Corp.