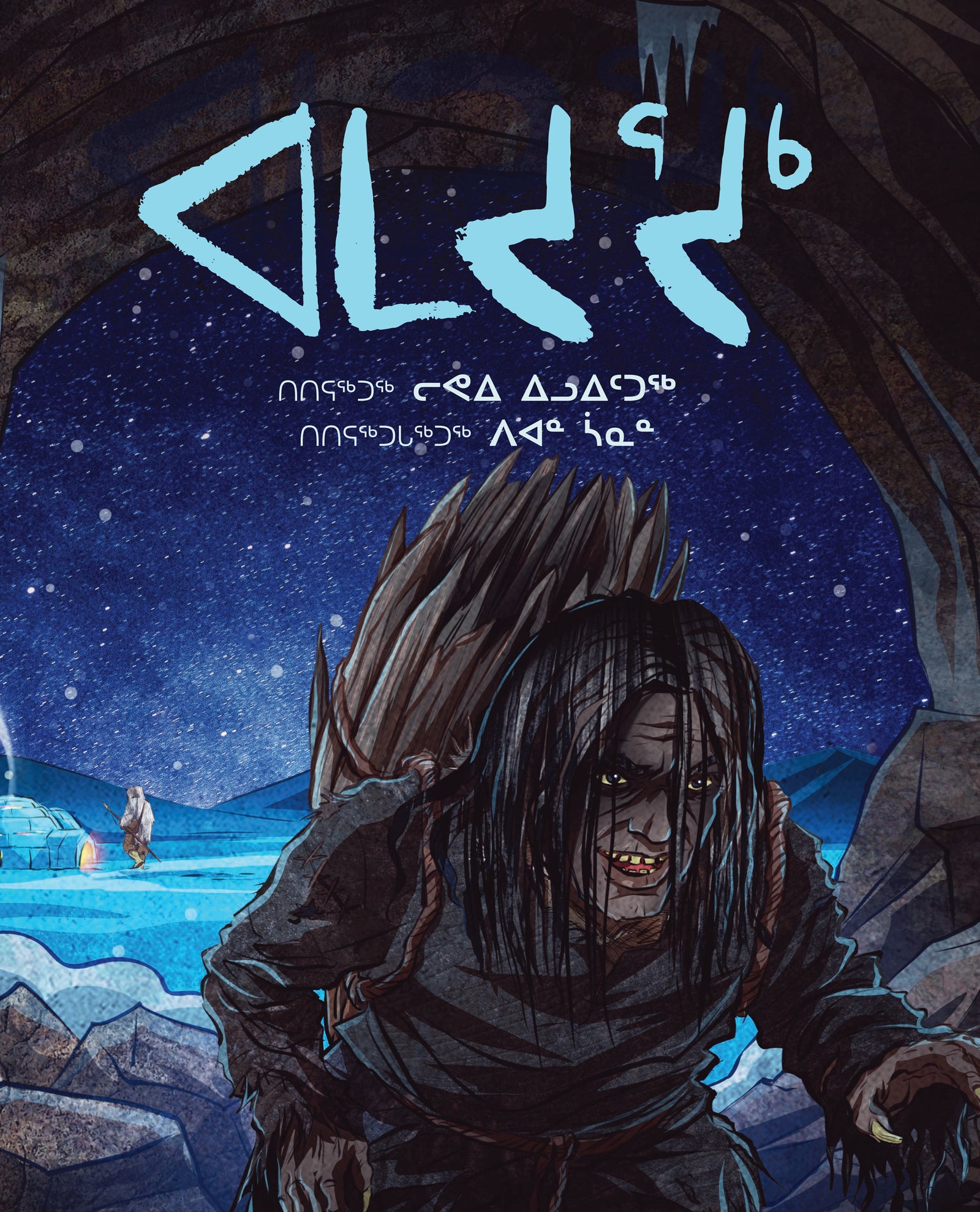 Amajurjuk, an illustrated retelling of a traditional story from the Kugaaruk region, has been published in English and the Nattilingmiutut dialect of Inuktut, spoken in some western regions of Nunavut. (Image courtesy of Inhabit Media)

As the United Nations’ Decade of Indigenous Languages gets underway around the world, so too do efforts to preserve regional and underrepresented Inuktut dialects in Nunavut.

In the western reaches of the territory, several projects are working to preserve and promote the unique Nattilingmiutut dialect, like the Inuktut Language Promotion and Preservation project by the Ikajuqtigiit Society, which operates out of Cambridge Bay.

The Nattilingmiutut dialect, often written with different spellings such as “Natchlingmiutut” or as “Netsilik” in Roman orthography, has had some unique challenges when it comes to being written down.

“Most other Inuktut dialects in Nunavut are able to write their dialect to match the oral language,” said Elisabeth Jansen-Hadlari, co-ordinator of the project.

She said Nattilingmiutut has four sounds that cannot be written using the Inuit Cultural Institute syllabic collection, the standardized writing system for Inuktut created in the 1970s.

“At the meetings for deciding the standardized writing system, there was no representation from Natchlingmiutut speakers, and as result, some of their sounds were missing in the writing system … This has always caused a big issue for literacy development in Natchlingmiutut,” Jansen-Hadlari said.

“The only reliable language resource available to people were the unilingual elders and their oral expertise in regards to pronunciation.”

Then Miriam Aglukkaq, an Inuktut teacher in Taloyoak and Gjoa Haven, approached the society in 2011 for help to organize and publish her collection of Nattilingmiutut terminology.

With that, work began on creating an online dictionary of the dialect.

Jansen-Hadlari said four new syllabic characters were added to the written system. As online fonts are updated over the coming years, she said, all the syllabics required to read and write in Nattilingmiutut will be available on computers and electronic devices.

“[A] standardized writing system only works if each sound has a corresponding letter or symbol, and if each symbol or letter has only one designated sound. That way there is no guessing required in determining the pronunciation of the word,” she said.

Other recent preservation projects include a pilot program by the Nattilik Heritage Society in Gjoa Haven to host a mentorship Inuktitut immersion program and storytelling and cultural evenings, and the creation of Amajurjuk, an illustrated children’s book written in Nattilingmiutut and in English from the Nunavut Bilingual Education Society.

Written by elder Levi Illuitok, the book retells a traditional story from the Kugaaruk region, where a father must save his child from an amajurjuk, an ogre who steals children.

Jaypeetee Arnakak is executive director for the Nunavut Bilingual Education Society. He said creating teaching tools and resources like books that target young learners is one of the best ways to promote interest in preserving regional dialects.

“This graphic novel came about because Natchilik is part of the less-represented regions in Nunavut in terms of reading and teaching materials. I think everyone was very pleased with the outcome,” Arnakak said.

He said one of the long-term goals of his society is to create a library of stories from different regions of Nunavut to help connect young readers with some of the less-represented dialects and regions of the territory.

Arnakak said he also plans to travel throughout the region in the fall to record interviews with elders who speak the dialect, to help with future preservation efforts.

Earlier this month, territorial Culture and Heritage Minister Joanna Quassa spoke about the need to support dialect preservation efforts like those in western Nunavut to help strengthen culture and communities.

“When you know how to speak your own mother tongue, you have a sense of being,” she said.

“Your Inuk roots are a lot stronger when you have that language and you know how to use it. As well, it could be a means of identifying yourself for who you are.”