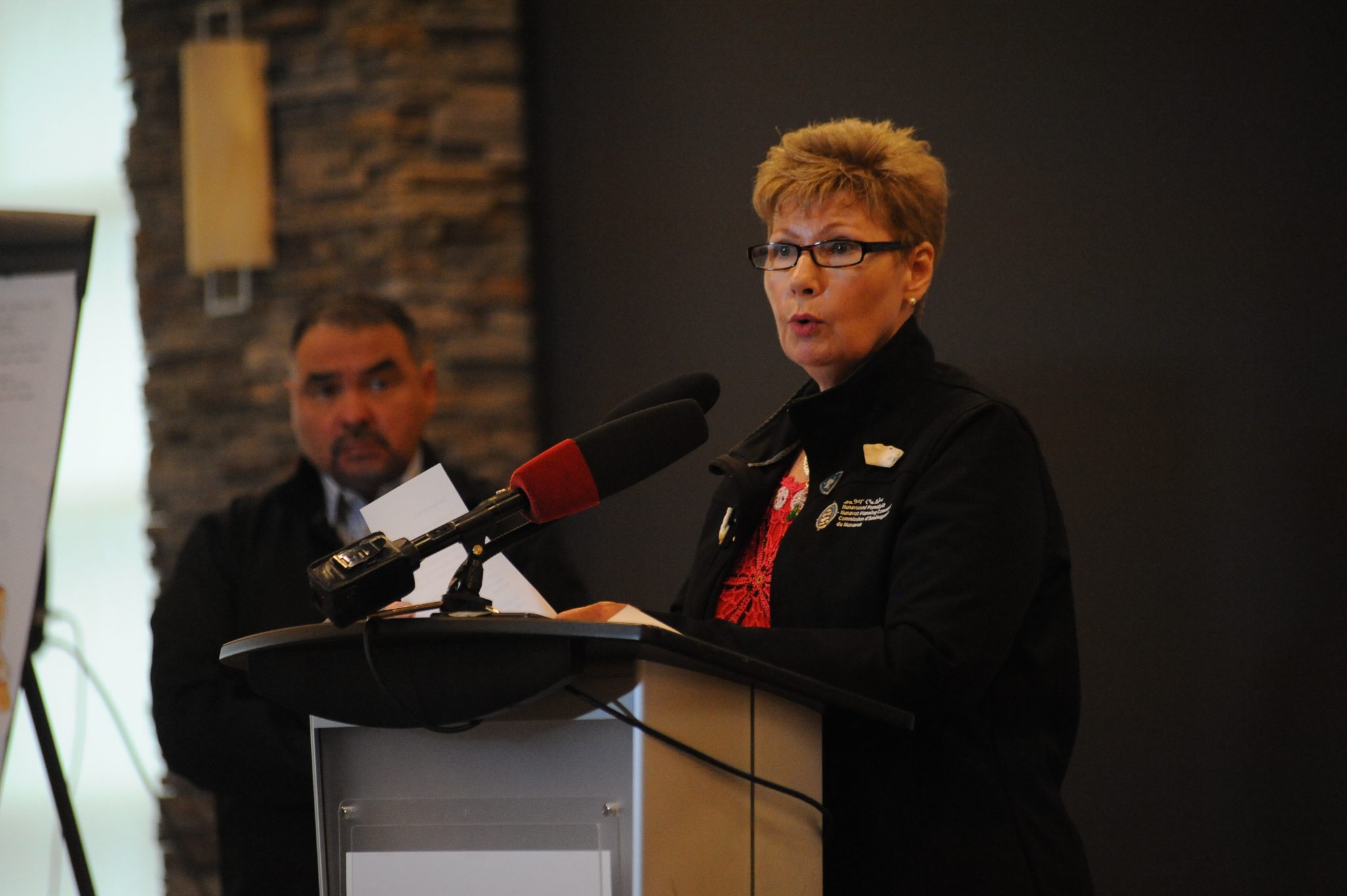 Nunavut Planning Commission executive director Sharon Ehaloak, shown in a 2021 file photo, says a wide range of groups and individuals will be heard from during formation of the Nunavut Land Use Plan. (File photo by David Venn)

A public hearing to gather feedback about a draft plan for land use in Nunavut is scheduled to run all this week in Cambridge Bay.

The Nunavut Land Use Plan proposes where in the territory resource extraction can occur, and what areas should be protected from such development.

Covering one-fifth of Canada, the draft plan is one of the largest in the world, according to the Nunavut Planning Commission, which is in charge of coming up with the plan.

The goal is to create a sustainable environment and economic development, as well as conservation planning, in Nunavut. Its establishment is also a legal requirement in the Nunavut Land Claims Agreement, which helped create the territory of Nunavut.

More than 100 people have signed up to participate in the final public hearings, scheduled to happen through November.

The locations and dates for public hearings are:

“We will hear from Inuit organizations, elders, hunters and trappers, communities, and environment and economic development groups, as well as government representatives,” said Sharon Ehaloak, the commission’s executive director, in a news release.

“They will all have their say on what the final land use plan should include.”

This is the fourth draft of the plan. The Nunavut Planning Commission introduced a previous draft in 2016 but it was not adopted after it drew criticism from Nunavut Tunngavik Inc. and regional Inuit associations.

The plan needs approval from the Government of Canada, the Government of Nunavut and Nunavut Tunngavik Inc. to take effect. The planning commission says it plans to submit the plan to these organizations next year.

The public hearing will be livestreamed with Inuktitut-English-French-Dënesųłiné interpretation at this link.