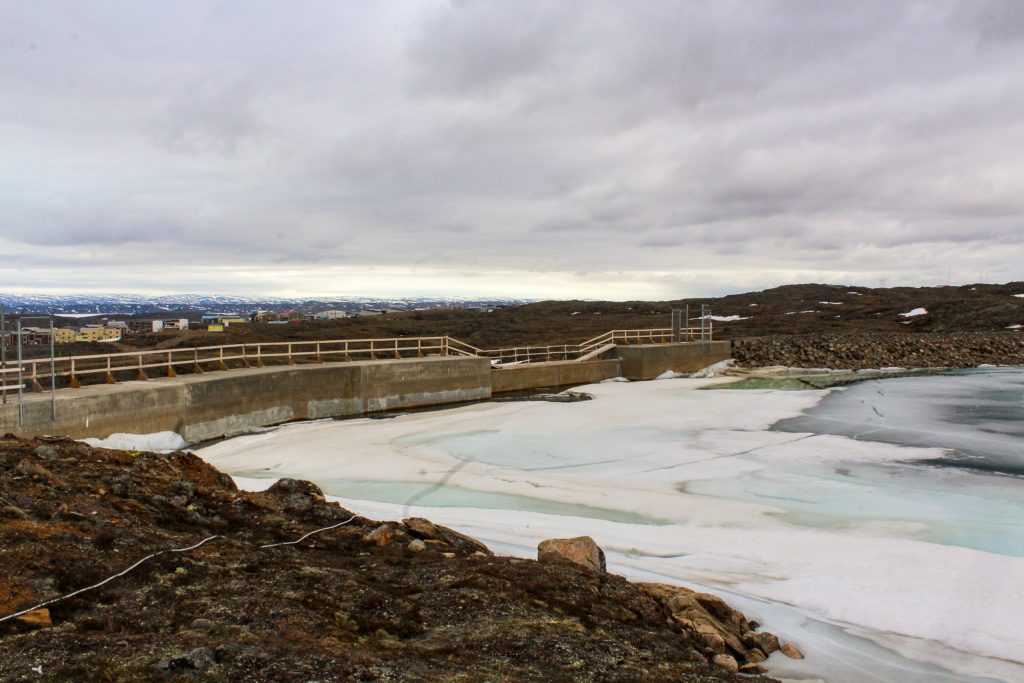 Prior to pumping from the Apex River into Lake Geraldine, seen here on June 24, water levels were increasing as a result of normal spring flow. (Photo by Meagan Deuling)

Pumping from the Apex River into Lake Geraldine has begun.

This is the first time the City of Iqaluit’s pumping operations have commenced in the spring and without the declaration of an emergency.

“We have achieved our goal of being able to pump during freshet,” said chief administrative officer Amy Elgersma during a briefing to Iqaluit city councillors on June 23.

After several summers of low water levels in Lake Geraldine, and the subsequent emergency pumping operations to make up for that, the Nunavut Water Board approved an amendment to the city’s current water licence, allowing the city to pump 500,000 cubic metres seasonally from the Apex River to Lake Geraldine until 2026 when the licence expires.

In the first 48 hours of pumping, which began on June 21, a total of 849 cubic metres of water was transported from the river to the lake.

On June 22, the city commissioned a second pump to begin operations.

The average consumption rate for the whole city per day in June, so far, is 3,030 cubic meters, which is a reduction of roughly 3.5 per cent from the same time last year.

Pumping water earlier means that the city will likely not encounter the same situation it has over the last few years, including having to pump out of Unnamed Lake, said Elgersma.

For some, the pumping may bring other good news later in the summer.

“We hope to be able to look at putting the car-wash ban using city water on hold,” said Elgersma.

“But we’re not quite ready to make that recommendation to council yet.”

The next council meeting will be on July 14.