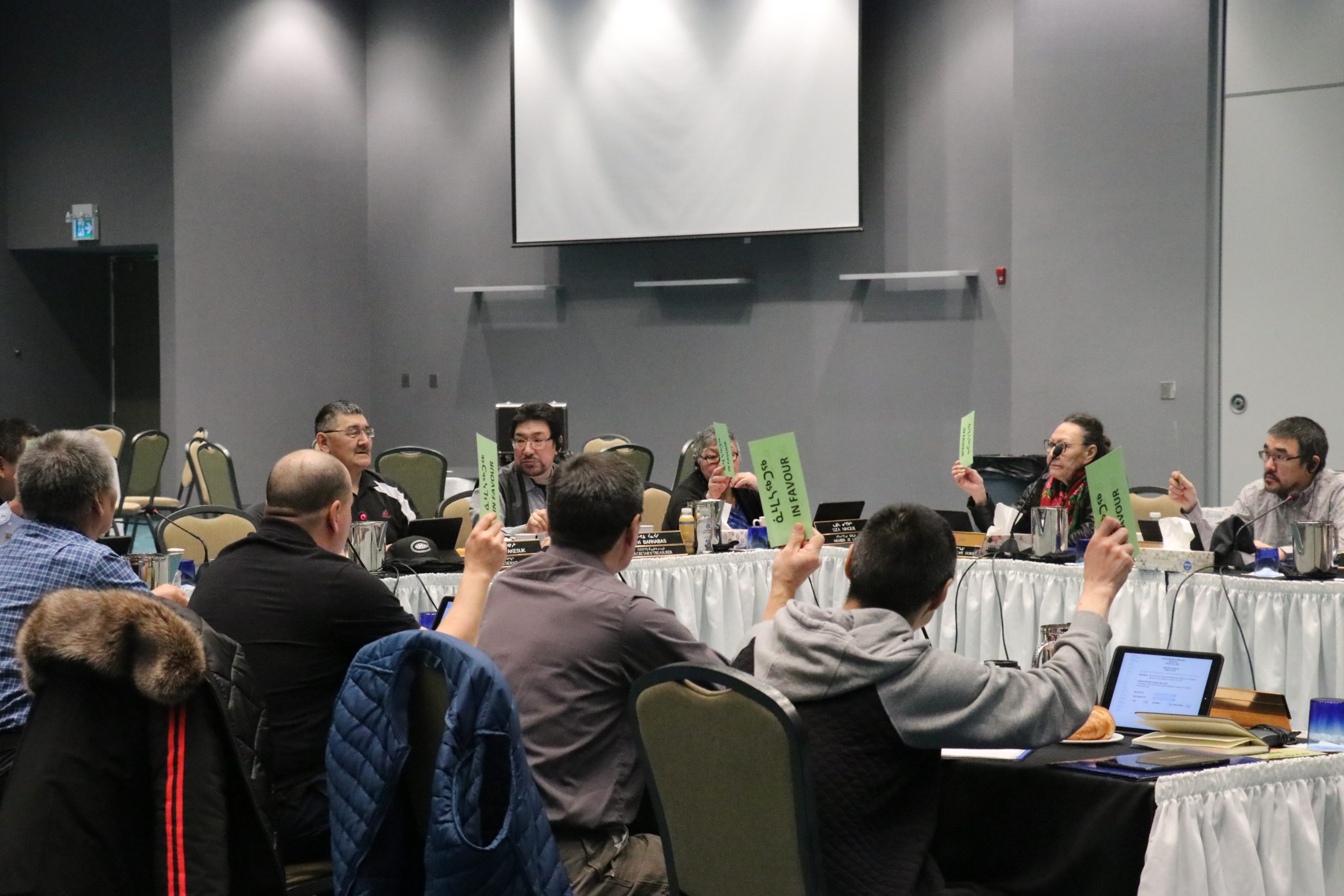 Board members of the Qikiqtani Inuit Association vote in favour of a resolution approving $46.8 million in funding for five infrastructure projects at a general meeting in Iqaluit on Friday. (Photo by Meral Jamal)

Qikiqtani Inuit Association plans to spend $46.8 million to fund five infrastructure projects across four communities over the next four years.

The organization is working with $79 million over four years that it received from the federal government’s Indigenous Community Infrastructure Fund, which was part of the 2021 federal budget.

At QIA’s general membership meeting in Iqaluit Friday, its board approved the plan to fund the five following ongoing projects with that money:

The projects are at different stages of development and construction, and it all “just needs a bit of an influx of capital to be successful,” said QIA’s assistant executive director for infrastructure and development, Matthew Hamp.

For example, he said, the training centre in Pond Inlet has been in the works since 2018. Due to inflation, especially around construction costs during the pandemic, Hamp said it needed “some [more] money to make sure that we secure the project.”

Now that the spending was approved, Hamp said, construction on the training centre can begin later this year.

He said QIA is looking into infrastructure projects that can be funded with the approximately $30 million remaining, as part of its capital planning process.

It’s in the process of securing more funding in this year’s federal budget through the federal Indigenous fund, and has identified priority areas such as improvements in renewable energy, daycare and shelters, through a proposal it submitted in October.

“This is just the [initial amount] of money we received, so we identified projects that are currently ongoing,” Hamp told Nunatsiaq News.

As part of the 2021 federal budget, Minister of Northern Affairs Daniel Vandal announced $517.8 million for infrastructure projects across Inuit Nunangat as part of the government’s $4.3 billion Indigenous Community Infrastructure Fund.

Nunavut Tunngavik Inc., the territorial organization for Nunavut Inuit, received $259 million from the $517.8 million. QIA’s $79 million came from the $259 million received by NTI.