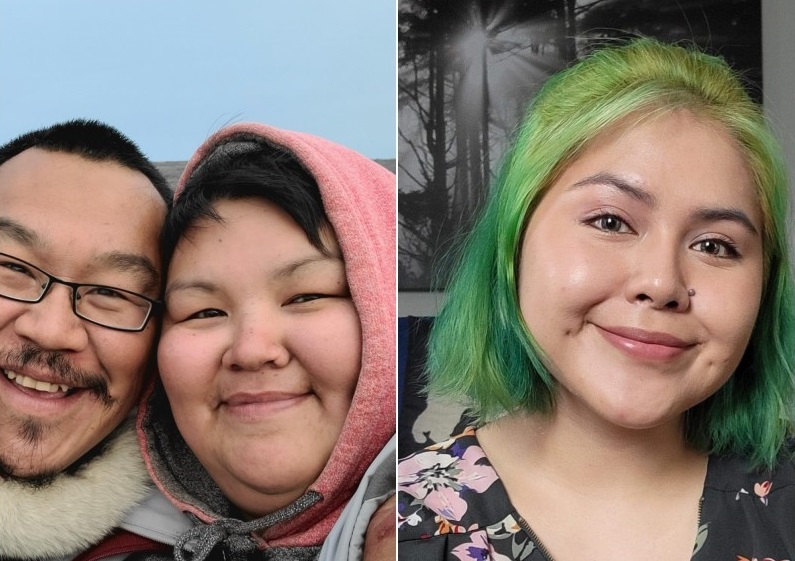 Each year, Qulliit honours women for their outstanding contributions to their communities as volunteers, advocates, leaders and counsellors.

This year, it awarded its Wise Woman award to Eunice Laura Panigayak of Taloyoak and its Outstanding Young Woman Award to Jukipa Kotierk of Iqaluit.

Panigayak, 35, grew up in Naujaat, but moved to Taloyoak 16 years ago, met her husband and stayed.

She’s a counsellor at Netsilik School, where she offers one-on-one and group counselling to students from kindergarten to Grade 8.

“Over the 10 years I’ve been working there, I’ve learned to put on a different hat with every age group,” Panigayak said.

“I deal with a lot of issues of bullying. [They know] that I’m there for them … just being a listening ear and giving some advice if they do need it.”

“I just love helping people. That’s what I saw growing up, that’s what I know,” she said. “Just being there for youth, basically.”

Panigayak said she’s grateful and honoured to win this year’s award, giving a nod to her husband Lenny for the nomination.

“When I found out it was just one woman a year who wins this, I was shocked,” she said.

Kotierk, who uses the pronouns they and them, was nominated for the award for their work co-founding Ivviulutit, a network for youth who identify as queer and Black, Indigenous or people of colour.

Ivviulutit, which means “to be who you are,” has hosted a number of arts-focused events in Iqaluit since its creation.

“So far, we’ve been trying to amplify and create spaces for Inuit who are part of the queer community, and give them space to use their voices,” said Kotierk.

“So far, a lot of our events have centred around creativity, so that’s been one of our grounding themes.

They note that Ivviulutit is community-driven — it was co-founded with a friend, Jasleen Jawanda.

Kotierk, 26, did an undergrad in Indigenous Studies at Trent University in Ontario, and has worked with the Government of Nunavut’s Qualify of Life Secretariat. They start a new role as child and family advocate with the Umingmak Centre next month.

Since high school, Kotierk said they’ve been drawn to volunteering for different community initiatives, many of them specific to Inuit mental health and wellness: suicide prevention and front-line community services like the soup kitchen and thrift shop.

“I find myself being active in my role as a community member out of the needs I see that aren’t necessarily being met,” they said.

“When I noticed there was an area that wasn’t getting enough attention, we decided to create Ivviulutit.”

Kotierk recognizes the strength and role of Inuit women as the “backbones” of many households. But as an Inuk, they’re also try to open up conversation around a broader gender spectrum.

“Hand in hand, women, non-binary folks, non-gender-conforming folks can all have a place in our communities, and that’s been my understanding of how it’s been in Inuit tradition,” Kotierk said.

“It’s a lot of revitalization, it’s a lot of remembering that Inuit are naturally inclusive of the larger gender spectrum. So it’s just re-opening that conversation and moving away from some western ways of knowing.”