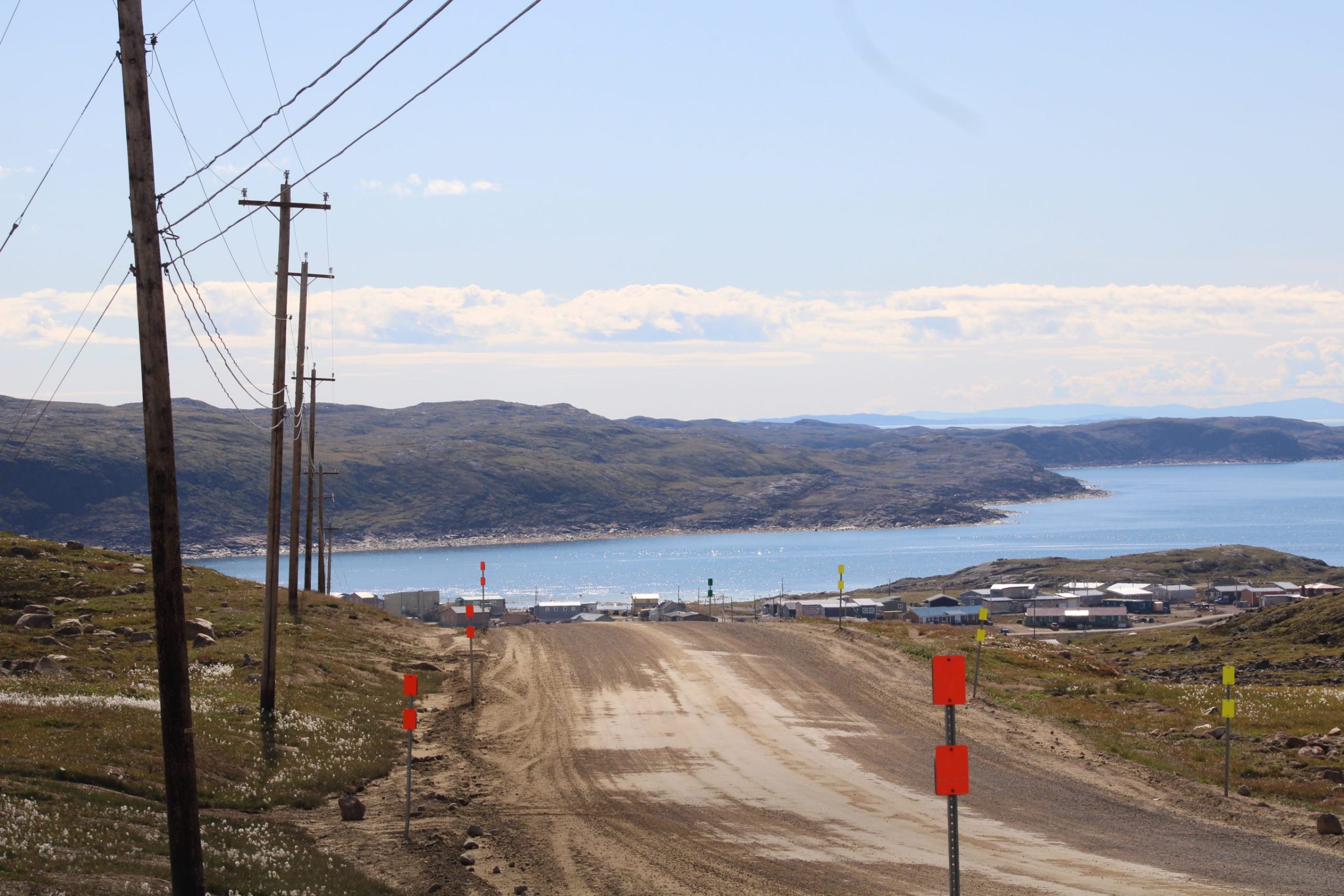 The Road to Apex will see seven lights added to these existing poles after council voted Tuesday to hire the Qulliq Energy Corp. to improve the street lights around Iqaluit. (Photo by David Venn)

The City of Iqaluit has hired Qulliq Energy Corp. to upgrade its street lights.

Councillors voted unanimously to spend $131,788 for the upgrades in 17 areas of the city, including the Road to Apex, lower Iqaluit and along Sivumugiaq Street (formerly Federal Road) during Tuesday evening’s council meeting.

Eight new poles and lights will be placed along the beach behind the Amaruq Hunters and Trappers Association, one for each playground on the Upper Plateau and one on the creek trail, near the bridge heading into the Frobisher Inn.

In other areas of the city, lights will be added to existing poles.

As well, 37 lights will be replaced with new bulbs, such as 18 on Sivumugiaq Street, six between City Hall and Baffin Gas Bar and one at the four-way stop in Happy Valley.

The project comes in about $32,000 below what the city had estimated in its 2022 capital budget for street light repairs, according to Sumon Ghosh, the city’s director of engineering.

During a public safety committee meeting last fall, participants mentioned that increasing streetlights, specifically around the beach, would help with safety.

Qulliq is scheduled to start working on the upgrades in the fall, Bell said, which will give the city enough time to see how much it should budget for upgrades next year.