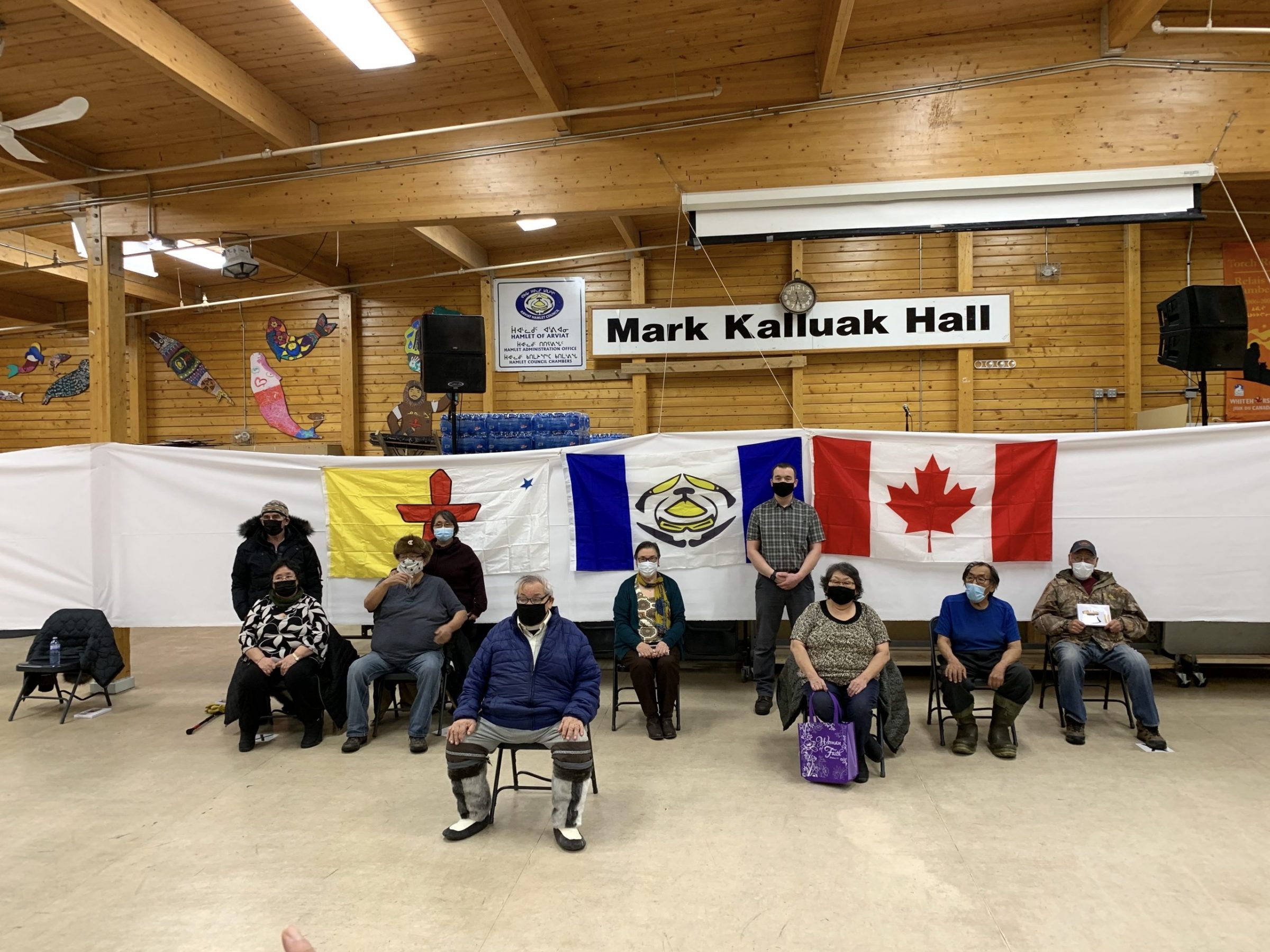 The mayor of Rankin Inlet is defending a broadcast he made on local radio this week, saying he just wants to keep the community safe.

“If people are coming from Arviat, we recommend that they don’t go visiting when they are in town for a while,” Harry Towtongie said. “I have nothing against Arviat.”

Towtongie told Nunatsiaq News late Wednesday his advice to people in Rankin Inlet was to be “cautious and careful” when around people from Arviat and Winnipeg.

Many on social media interpreted Towtongie’s message differently. Word spread that passengers travelling from Arviat should remain in the air terminal and that hamlet bylaw officers would stop them if they tried to go into town.

Towtongie said he’s been pressured to do that, but Arviat residents have the right to come into town.

Rankin Inlet saw 19 cases of COVID-19 among its population of about 3,000 last year, while Arviat has been the hardest hit community in Nunavut, with 315 cases to date. Arviat and Rankin Inlet have roughly the same population.

Joe Savikataaq Jr., the mayor of Arviat, did not hear Towtongie’s radio message, but wanted to make it clear that Arviammiut have the right to go into town.

“People that go through Rankin do not pose any risk to the public,” he said. “If they posed any risk, they would not travel.”

Travel to and from Arviat continues to be restricted until the outbreak is over and, for now, all travellers need prior written permission to leave or enter the community.

“It’s not a free-for-all,” Savikataaq said. “You can absolutely not leave town if you pose risk to the public.”

No reason for fear

As of Thursday, there were 14 active cases of COVID-19 in Arviat, up by six from when Savikataaq spoke to Nunatsiaq News on Wednesday.

The local state of emergency, declared Feb. 24, has worked well, he said, and only one verbal warning has been issued to someone who wasn’t respecting the lockdown.

Arviat needs understanding and respect for its efforts, Savikataaq said, and there’s no need for Rankin Inlet’s residents to be afraid.

Savikataaq added the military doesn’t need to come to Arviat to assist with the community’s recovery, either.

That was suggested by Arviat North–Whale Cove MLA John Main last week as a way to help resolve overcrowding in homes and to supply relief to health workers.

Savikataaq said that option was discussed in the hamlet council back in November, but ultimately rejected.

Hotels are available for residents who need to isolate, he said, but they have not been used.

“We’re fine on our own. I don’t know what the military would do here. I hope they would buy carvings and wall hangings to support the local economy,” he said.