Reflection: Kinngait textiles have another moment 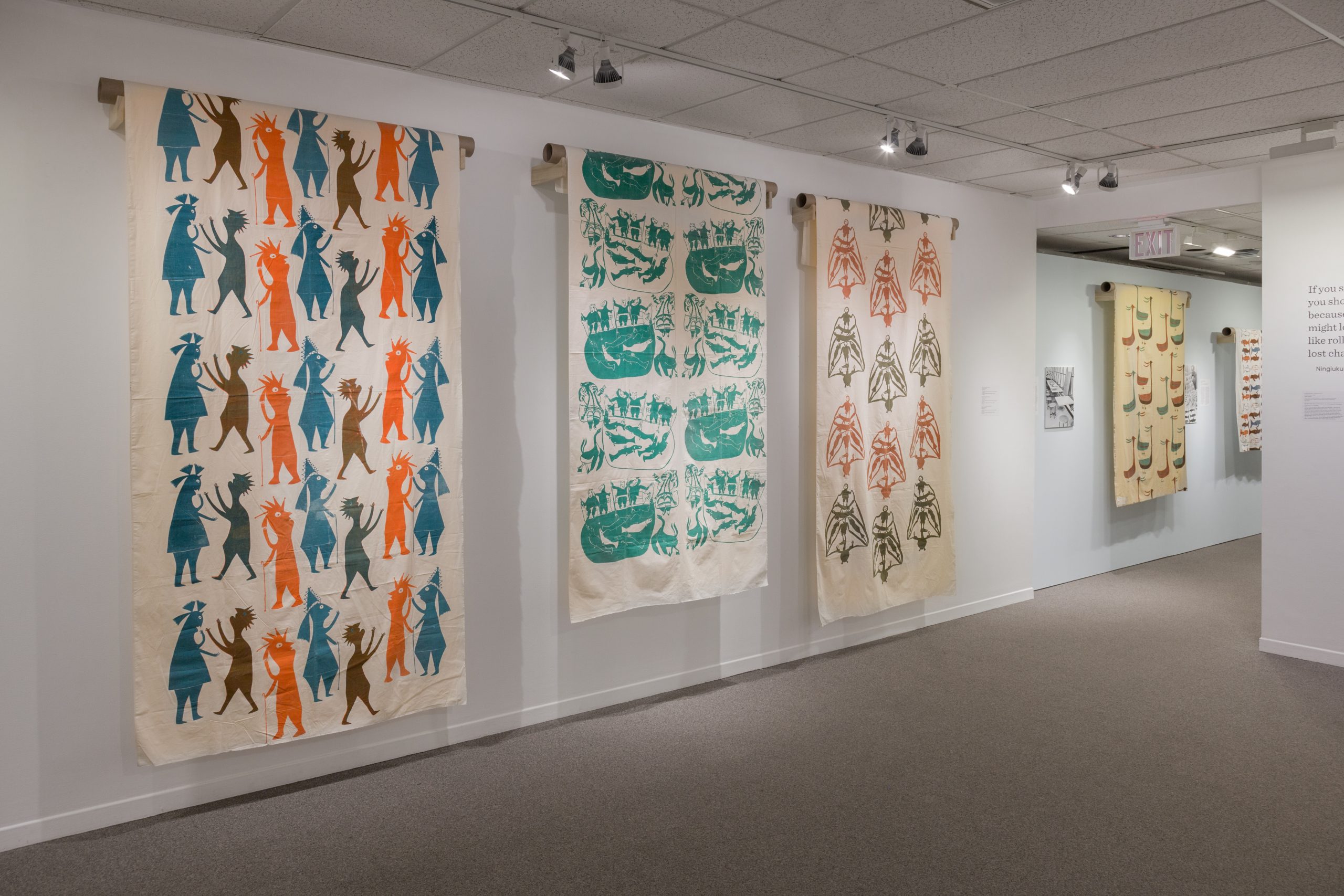 I joined Nunatsiaq News in September, and it has been both exciting and challenging to learn more about the communities and culture of the people of Nunavut and Nunavik.

Although I would never have described myself as a particularly “artsy” person, the depth and breadth of the Inuit arts and cultural landscape has offered me ample opportunities to dig deeper into the rich history of creators and artists in the North.

From music to carving, live theatre to sewing and beadwork, creators across Inuit Nunangat, and urban Inuit across Canada are producing stunning and award-winning creations that have caught the attention of galleries, museums and organizations around the globe, and not for the first time.

One of my favourite stories this year was a celebration of Kinngait Studio for its contribution to the Printed Textiles from Kinngait Studio exhibition developed with the Textile Museum of Canada.

The exhibit was recognized for winning the Governor General’s History Award of Excellence: History Alive!, at a gala affair in Quebec City in November, shining a light on a forgotten piece of arts history.

There were many elements of this story that drew me in: the cross-cultural collaborations; the innovative nature of the artists and the studio; and, the fleeting nature of trends and public interest.

Print textile as an art form was initially introduced to artists in Kinngait in the late 1950s by a Canadian artist from Ontario who travelled to Japan to learn the art of block print-making and bring the techniques back to Kinngait. A truly cross-cultural endeavour!

Block print-making, first on textile and then on paper, was both an evolution and innovation of traditional sewn sealskin pictures on skin clothing, and the drawing skills used by carvers.

I was inspired by the way Inuit artists of the West Baffin Eskimo Co-operative fully embraced the opportunity to learn and create in this new medium. It contributed to the growth of the reputation of the studio’s creative community and as a commercial enterprise.

It shut down the fabric-printing business in 1968, licensed the designs, and moved on to focus on other projects — which brought to mind the experience of so many start-ups and entrepreneurs who are forced to close shop because of lack of money.

The 250 textile prints, and their history, were rolled up and stored in a cardboard box, completely forgotten until the bolts of fabric literally fell back into the creative consciousness in 2015.

This story has led me to consider deeply what it takes for a cultural moment to become a sustainable cultural movement, and to reflect on the fleeting nature of trends and public interest.

It also helped me to appreciate just how challenging it is to find long-term commercial success in the arts, most particularly for Inuit artists who have to overcome many barriers to access the tools, training and supplies needed to produce their art.