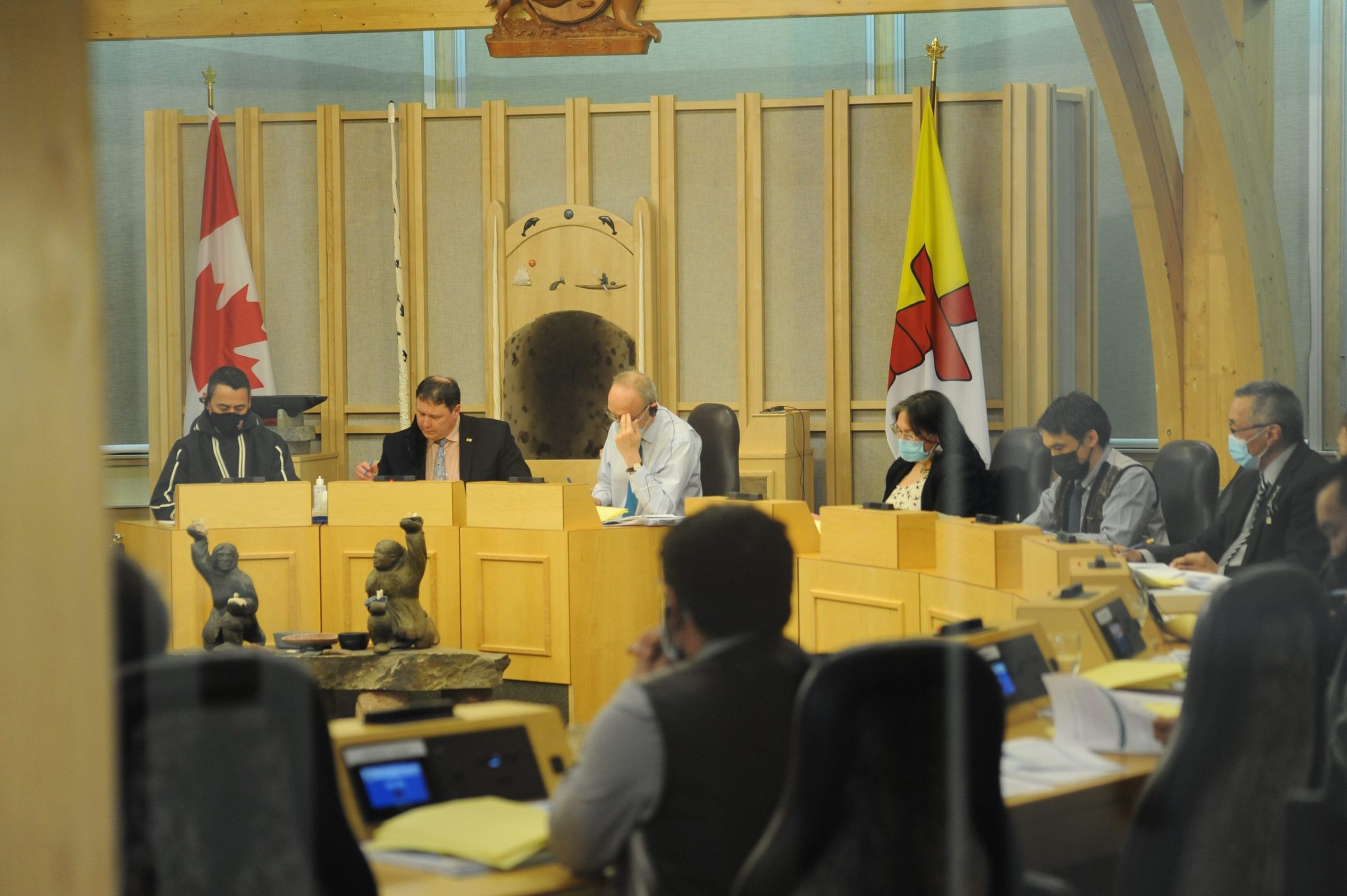 Nunavut MLAs on the Standing Committee on Oversight of Government Operations and Public Accounts directed questions to Nunavut Justice Department officials Tuesday and Wednesday about the state of the territory’s corrections system. (Photo by David Venn)

A legislative committee reviewing efforts by Nunavut’s Justice Department to improve its correctional system practices finished its two-day hearing Wednesday, and MLAs will continue to track its progress.

The hearing was held to allow MLAs to question Nunavut deputy Justice Minister Stephen Mansell and corrections director Mickey McLeod on the department’s progress in implementing Auditor General of Canada recommendations to improve the territory’s jails.

Those recommendations, contained in two separate reports released in 2015 and 2021, include improving how the department determines inmate suicide and security risk, developing better plans to offer rehabilitation programs, and changing its segregation policy, among others.

In releasing the 2021 report last September, the principal of the Office of the Auditor General of Canada was critical of the department, saying “they haven’t made satisfactory progress” in addressing concerns raised in 2015.

The Standing Committee on Oversight of Government Operations and Public Accounts met Tuesday and Wednesday at the legislative assembly building.

It’s typical for hearings like this to happen shortly after a report is released, said committee chairperson and Iqaluit-Tasiluk MLA George Hickes. It allows MLAs to check on the department involved and its progress in answering concerns raised in the report.

Some of the topics discussed at Wednesday’s hearing concerned staff — how they are trained in working with inmates who have fetal alcohol spectrum disorder, challenges they face in working in small community jails with the possibility of being related to inmates, and mental health resources available for them.

Mansell said the department has come a long way in improving the corrections system in Nunavut’s eight jails, but there is more work to be done.

“I think we have made some significant improvements since the completion of this report, and we’re working hard to continue to do better and address the valid concerns raised by the auditor general,” he said Wednesday afternoon.