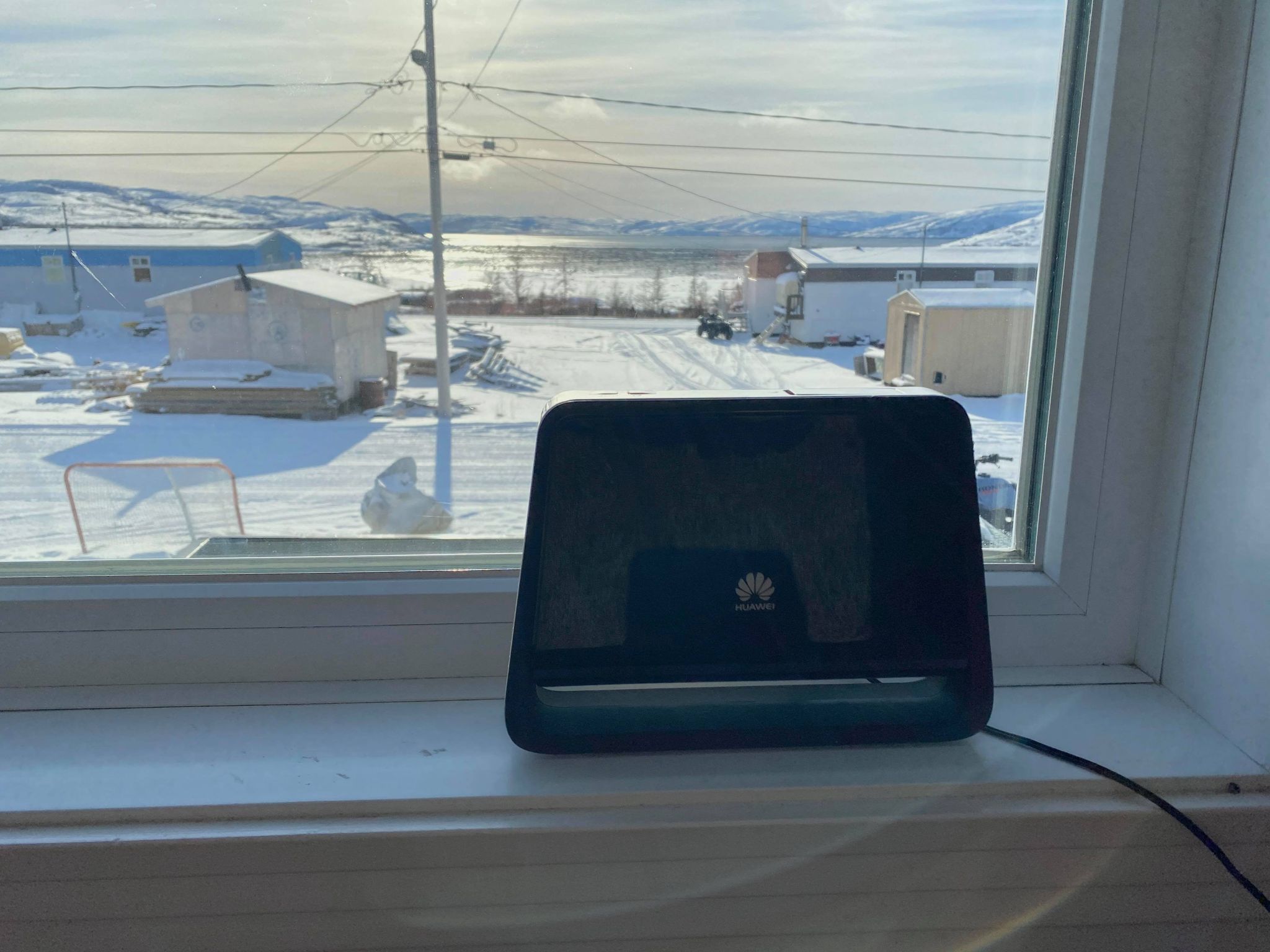 A modem sits by a window. Nunavummiut have complained about slower internet, particularly in the evenings, through January. (Photo by Felix St-Aubin)

The new year has brought slower internet to Nunavut, spurring some to call for better communications infrastructure in the North.

At home, Ottenhof said he has struggled to do simple tasks such as check email or Facebook updates. “It’s simply not working,” Ottenhof said.

Those problems also extend to his mobile phone apps for online banking and instant messaging.

For Mary-Lee Aliyak, slower internet is hurting her ability to earn an income.

As a stand-up comedian, master of ceremonies and someone who performs qulliq lighting ceremonies, Aliyak depends on the internet to do her work virtually during COVID-19.

“I haven’t been able to do that because of the (internet) connection problems,” Aliyak said, who is also a single mother to five children.

Aliyak accesses the internet through her Bell cellular data plan. Customers of Northwestel and Bell both operate on Northwestel’s Tamarmik Nunaliit satellite network.

Aliyak said her internet began to slow down in late November.

Her children also have problems with the internet. For example, one of her daughters relies on an app on her phone for learning, but struggles to download it. And when downloads continuously stop and restart, it results in data overages.

When Aliyak contacted Bell, she said the company told her that there was a problem with one of their connection towers. She said Bell halved the normal price of her data bill, which is around $490, for January.

In Rankin Inlet, Amanda Arsenault said she and other people she knows in the community have complained about the slow internet connection over the past four weeks. Arsenault is a Northwestel customer.

Both Arsenault and Ottenhof said the slow internet is most noticeable during the evenings.

“It just feels like the network is overwhelmed. They’re throttling people during peak hours,” Arsenault said.

Northwestel’s director of communication, Andrew Anderson, said the company is seeing significant shifts in internet usage as more people are working and studying from home. Specifically, more devices are being used on the same internet connection.

Anderson said Northwestel made network changes Monday evening that the company expects to improve service. He added Northwestel is working to get more satellite capacity in the coming months.

He also said that Northwestel implemented a permanent $20 per month price decrease and increased monthly data last year in anticipation of the challenges COVID-19 is bringing to internet service.

Ottenhof said the changes in speed he noticed this week have been marginal if at all, adding he still has trouble using mobile internet.

Arsenault said her internet speed had improved a small amount on Thursday.

Regardless, both Ottenhof and Arsenault say better internet infrastructure is needed for the territory’s connection problems to go away.

The Government of Nunavut has been trying to build a fibre optic connection to the territory for years, with help from the federal government. Last year, the plan was to connect via an undersea cable to Nunavik. CanArctic Inuit Networks, a private business, has also been working on bringing fibre-optic undersea cables to the territory.

While not yet available, Starlink and Oneweb have said they intend to bring faster internet to Nunavut through low orbit satellites.