Some Kivalliq beneficiaries ineligible to vote in upcoming KIA election

Premier of Nunavut does not meet eligibility requirements 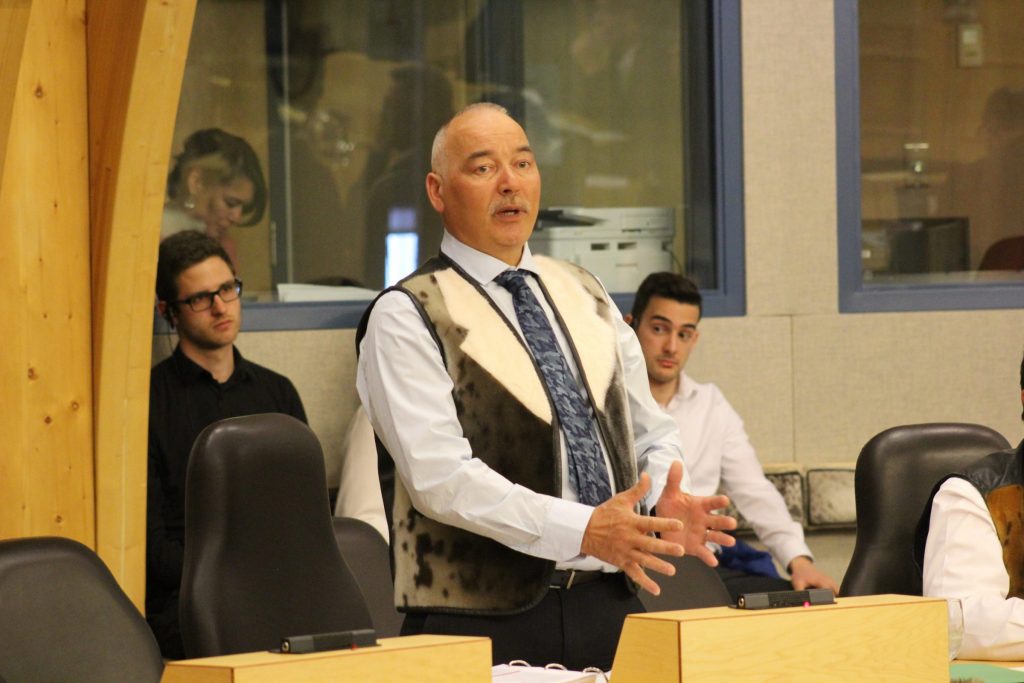 Nunavut Premier Joe Savikataaq is one of the Kivalliq residents ineligible to vote in the upcoming Kivalliq Inuit Association elections due to the association’s election eligibility rules. (File photo)

Kivalliq beneficiaries voting in the upcoming Kivalliq Inuit Association elections will only be eligible to vote if they have resided in the region for 12 consecutive months, according to the KIA’s voting rules.

Section 3.1 (c) of the KIA’s election policy states that a person is eligible to vote in a KIA election if the person “has been physically and actually resident in the Kivalliq region for at least 12 consecutive months immediately preceding Election Day.”

Nancy Karetak-Lindell, the election’s chief returning officer, confirmed that a number of people are ineligible to vote, including cabinet ministers and students studying outside the region.

Karetak-Lindell said after reading through the KIA’s voter eligibility requirements, she asked the association for clarification on the rules, but has since confirmed that the 12-month rule of residing in the Kivalliq will apply.

“So if someone leaves the region, they lose that 12 consecutive months requirement.”

Among the list of Kivalliq residents ineligible to vote is Nunavut Premier, and Arviat resident, Joe Savikataaq.

Savikataaq said he will be in Yellowknife on election day. His wife, who would also not be home to vote, called Karetak-Lindell to see if they could vote through a proxy instead, he said.

“That’s when we were told that we would not be able to vote and nobody in cabinet for the Government of Nunavut would be able to vote because they have not been in the Kivalliq for 12 continuous months before the election date,” Savikataaq said.

“I just found that pretty odd. That means any student going to school down south or in Iqaluit would not be able to vote either.”

Although cabinet ministers from the Kivalliq will not be able to vote, regular MLAs will be, Karetak-Lindell said.

“MLAs can still vote because they go back to their communities.… They don’t have a secondary residence,” she said.

In an email to Nunatsiaq News, the KIA said “until the elections are done and the board of director’s vacancies are filled, no changes can be made to the existing KIA election policy.”

“If there are complaints, these should be provided in writing to the executive director to be presented at the next board of directors meeting in the New Year.”

Karetak-Lindell said the voters lists were put up in all seven Kivalliq communities and anyone with changes should contact their community liaison officer.

“Each regional Inuit association has their own election policy,” Karetak-Lindell said.

For example, the Qikiqtani Inuit Association, which represents Inuit in the Baffin region, requires beneficiaries voting in its elections to have “for at least 12 consecutive months immediately preceding the day nominations close been a resident of the electoral community,” according to its election regulations.

The QIA’s regulations defines someone’s residence as “the place of the home or dwelling of the person to which, when the person is absent, the person intends to return.”

The KIA’s eligibility requirements for voting are outlined on its website and are included in the proxy certificate for the election.

Kivalliq beneficiaries will cast their ballots for the KIA president and community directors on Dec. 9, with advance polling on Dec. 2.