Some Nunavut hamlets producing own COVID-19 counts amid testing backlogs 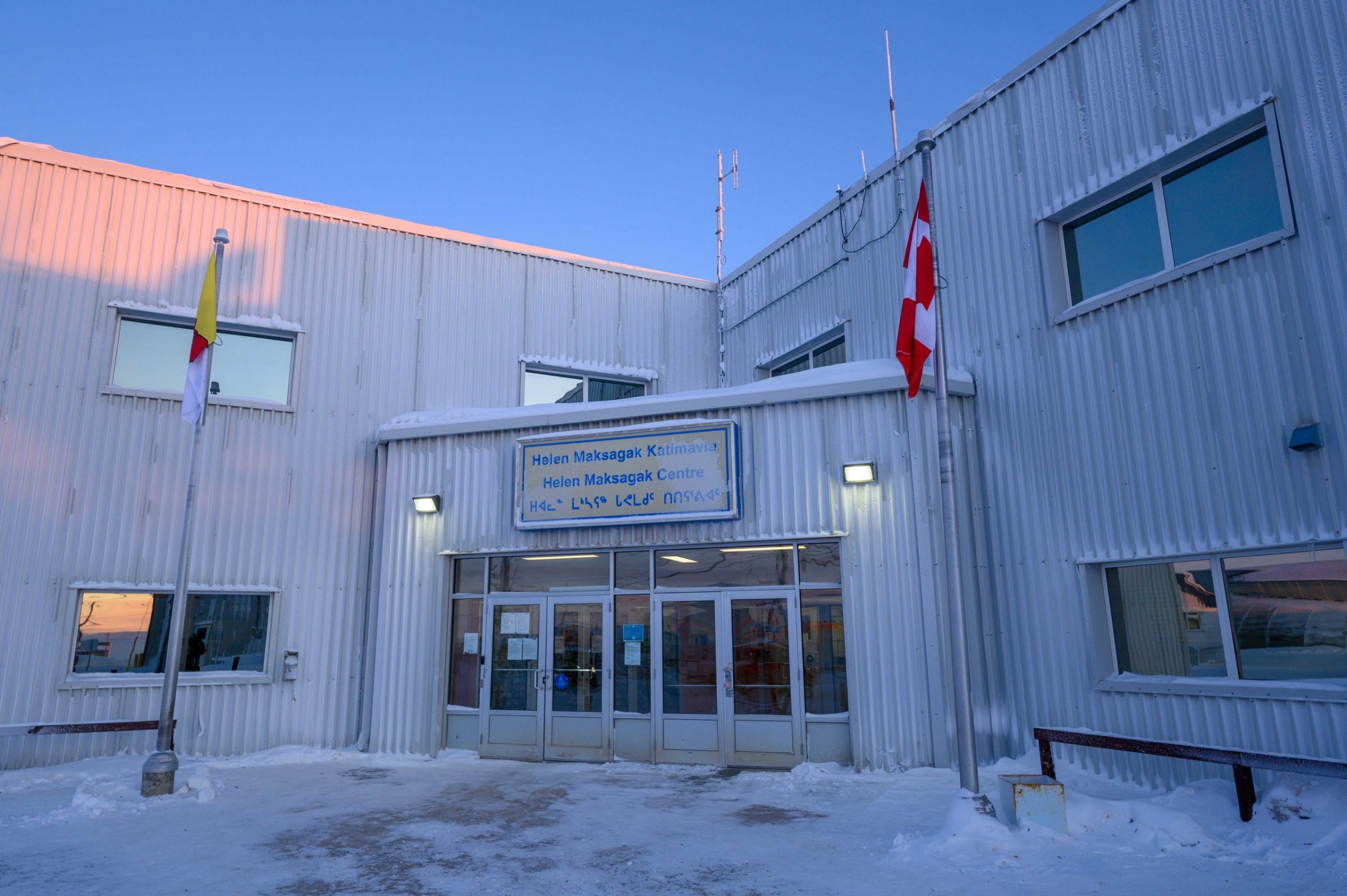 The Hamlet of Cambridge Bay has been adding together confirmed and presumptive cases of COVID-19 to give the community a fuller picture of the outbreak. (Photo by Dustin Patar)

While the Government of Nunavut’s COVID-19 case count no longer provides an accurate picture of its spread in the territory, some municipal leaders are taking reporting numbers into their own hands.

Cambridge Bay’s mayor, Angulalik Pedersen, announced Facebook there were 36 active cases in the community as of Wednesday afternoon.

The GN’s official count of confirmed cases for the community was at 10 on Thursday, but that number only counts cases confirmed by PCR test.

The hamlet’s higher count includes confirmed cases, presumptive cases and symptomatic individuals living with someone confirmed to have the virus, Pedersen said on the official Municipality of Cambridge Bay Facebook page.

“Don’t let the decline in cases from yesterday trick you into thinking that we are winning this battle against COVID-19, we still need to stop visiting one another,” Pedersen’s Facebook post reads.

Nunavut’s chief public health officer, Dr. Michael Patterson, has cautioned against interpreting the Health Department’s official case numbers, because tests are being rationed in the territory and there are backlogs in publishing information about recoveries.

Patterson said he calls community mayors himself when there is a first case of COVID-19 in their community, or a first case after a time without cases. He added some local health centres are communicating directly with mayors to give them results of rapid tests.

“In the absence of other ways to give people a clear reliable picture of what the numbers were and what’s going on, it seemed appropriate at the local level to have those conversations with the mayors,” he said.

Complicating things further, there are people in communities with no confirmed cases of COVID-19 who are in isolation, because they were exposed to the disease, said Patterson, and others are being diagnosed based solely on symptoms.

He added that anybody, whether diagnosed by PCR test or symptoms alone, will be informed of their diagnosis and told how long they need to isolate for.

Patterson said the Health Department will be able to publish more accurate case counts starting Monday, as public-health officials work to clear reporting backlogs. He added he expects results from confirmatory, or PCR, tests and rapid tests done at health centres to start coming back within 24 hours, which will also help make the case count more consistent.

Seven people remain in hospital with the disease.

Confirmed cases of COVID-19 climbed to eight in Baker Lake on Thursday, while Igloolik’s two confirmed cases appear to be resolved.

In Baker Lake, the hamlet addressed Facebook rumours of new cases in town in a social media post on Wednesday.

The post said public health officials hadn’t yet informed community leaders of new confirmed cases, but contact tracing appeared to have identified spread of the virus.

The next day, on Thursday, the additional seven cases showed up on the GNs official count.

“This is a serious matter and we appreciate the manner in which Baker Lake residents have managed themselves in keeping our community as safe as possible,” the message from the hamlet states. It encouraged residents to stay vigilant. 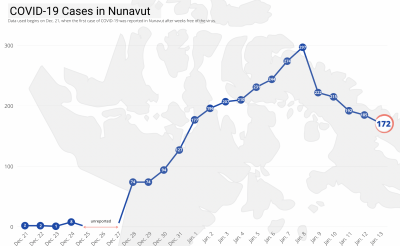 There were a total of 172 confirmed cases of COVID-19 in Nunavut on Thursday. But, with testing being rationed, this isn’t a complete picture of the spread of the virus. (Graphic by Mélanie Ritchot)

Danarae Sommerville, a spokesperson for the Health Department, said infections have been confirmed in Nunavummiut ranging from one to over 75 years old, as of Tuesday.

She also confirmed the department doesn’t have statistics on vaccination status of those who test positive for the virus, since patients aren’t asked to disclose that information.