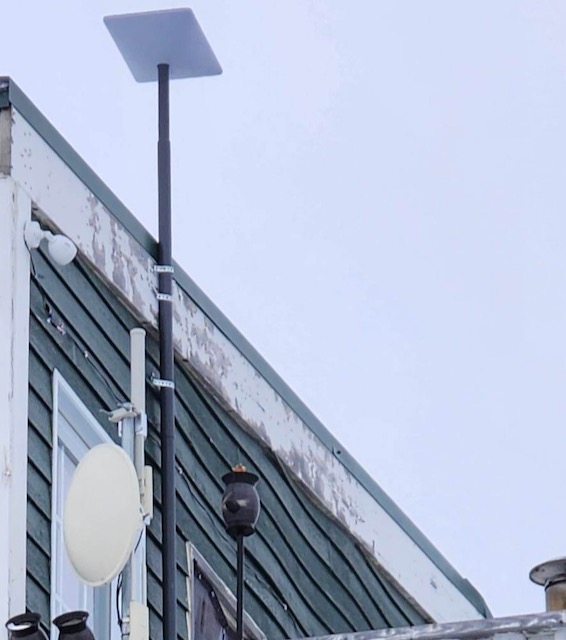 Starlink has survived the Arctic cold and has provided Nunavummiut with a wide range of internet speeds in the nearly three months since the company started providing its satellite internet service to the territory.

Starlink became available for order in Nunavut at the end of October. It uses low-orbit satellite technology to connect with dishes on the ground.

The company boasts speeds that can reach up to 200 Mbps, or megabits per second — up to eight times faster than usual speeds in Nunavut. Before Starlink arrived, Nunavut was the only jurisdiction in Canada to not offer high-speed internet, which is defined as 25 Mbps or faster.

On social media pages such as Facebook’s Starlink Nunavut group, some Nunavummiut have posted that their Starlink dish has provided speeds of over 180 Mbps.

Two Starlink subscribers, both Iqaluit residents, say they have experienced a few issues but their service has mostly been good so far.

Podmoroff speculates that more Nunavummiut getting Starlink might be contributing to lower internet speeds, because more people are competing to get the same satellite reception.

But even with lower measured speeds, Podmoroff says his internet still feels like it works better than with previous provides. That’s because Starlink has better latency, which is the time it takes for data to travel from one device to another.

And the extreme cold has not proven to be an issue, according to Podmoroff.

“It works so well during blizzards,” he said.

But he said he will be interested to see how the dish performs in rainy weather, as it can be more difficult for dishes to connect to satellites in wet conditions.

Having more affordable internet is another reason Podmoroff got Starlink. When Podmoroff or his wife have to do activities like working from home, they are using their own internet. Before Starlink, that would mean getting charged data overages.

“The data caps are the craziest thing [in the North],” he said.

Starlink charges $140 a month. It offers unlimited data right now but a cap of one terabyte will be coming in February.

Affordability is also a reason that another Iqaluit resident, Christian Bourk, bought Starlink.

“I always reaching my (internet) limit,” Bourk said of his experience using Bell Canada’s internet. He added that he was spending approximately $125 for 100 gigabytes of data.

Bourk said his Starlink dish has usually been working at speeds of over 15 Mbps, with his top speed being around 120 Mbps.

“It feels like I have internet from down south,” Bourk said.

Initially, he said his Starlink was slower and had more outages, but both problems have improved over the past couple weeks.

However, corresponding with Starlink is not a fast process. It can take days or weeks to get a response from the company, Bourk said.

Social media groups, such as the Facebook group Starlink Nunavut, has provided a way for Nunavummiut to ask and answer each other’s questions on Starlink.

“We’re trying to build up the community over there and give as much information as possible for new users,” Bourk said of the Starlink Nunavut group, of which he is a member.

Starlink did not respond to a request for an interview for this story, specifically to address customers’ complaints regarding intermittent poor service or the company’s plan to eventually launch more satellites to serve the region.