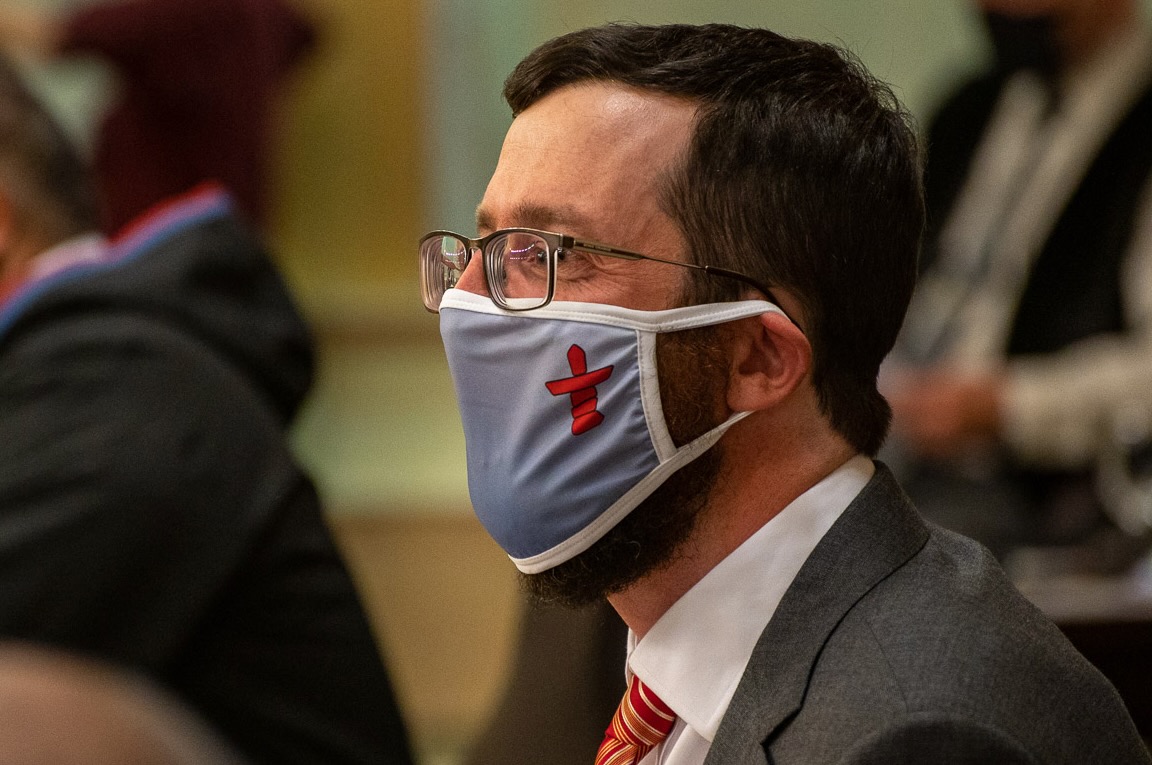 “Lockdowns and closures are very hard, especially on our young people,” he said during the government’s weekly COVID-19 update.

Main jumped into the conversation when Government of Nunavut officials were asked about classes being cancelled due to teachers needing to isolate, and the justification of opening schools while the Omicron wave of the pandemic is still active in Nunavut.

“If we keep that mental health issue in mind, it might help to explain why we’re trying so hard to keep schools open,” he said.

Main also thanked school staff for the work they’ve been doing during the pandemic.

Education Minister Pamela Gross said she doesn’t know the number of classes that have been cancelled, but gave percentages of teachers and school staff who are in isolation.

The department says that teachers must isolate if they have one symptom of COVID-19.

Gross has encouraged all students to go to school.

When asked what parents should do if their kids’ classes are cancelled and they’re not receiving learning packages at home, Gross said “we’ve heard great examples across our schools where the schools are being innovative and resourceful to ensure that learning continues.”

She gave examples like in Igloolik, where local radio is being used to broadcast trivia and math bingo. In other communities, teachers are interacting with students over the phone and coming up with other learning activities, she said.

Rapid antigen tests will be distributed to school staff over the coming weeks, Gross also announced.

Eligible staff include teachers and substitutes, daycare workers and Department of Education employees. More than 35,000 tests will be sent out to communities on a rolling basis starting in early March.

First, shipments will go to Kitikmeot communities, then to the Kivalliq, then Qikiqtani, said Gross.

Across Nunavut, schools are either open at 50 per cent or 100 per cent capacity for in-person learning.

Earlier this month, when Iqaluit’s schools first opened at 100 per cent capacity, about 20 teachers were off work because they had to isolate, which led to the cancellation of classes.

Dr. Michael Patterson, Nunavut’s chief public health officer, has been asked why schools in Iqaluit are open at full capacity while the city has the highest case count in the territory.

He said the capacity limits in schools are based on the risk of transmission inside individual classrooms. Patterson gave the example of cancelling a teacher’s classes when that teacher went into isolation after a COVID-19 exposure.

“We’re not going to reduce that risk by also reducing the capacity of the entire school,” he said.

Earlier in the month, Patterson said there would have to be five cases reported in a single classroom for an outbreak to be declared in a school.