The lonely grave of an Inuit child 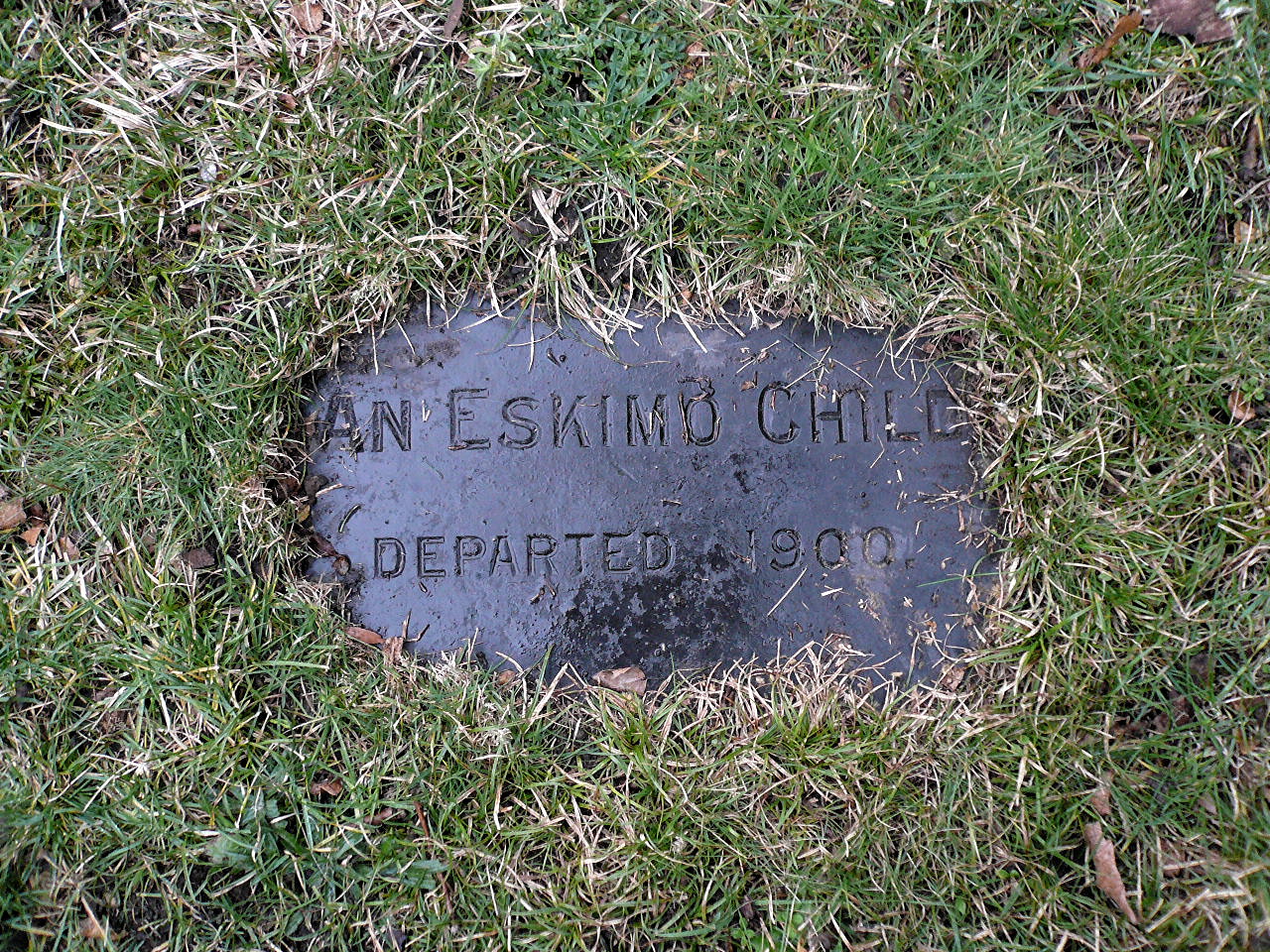 The grave of Sarah Abraha Uvloriak of Labrador at the Chelsea Burial Ground in London. She died in London at age four, on Dec. 21, 1899, after her parents had been taken to Europe to be put on display during an ethnographic exhibition. (Harper collection)

Hidden behind a row of shops and a wooden gate in a busy part of London, England, just off King’s Road, is an unexpected place of peace, a tranquil cemetery of the Moravian Church.

When one steps through the door in the wooden wall, the hubbub of the city is left behind. This is the Chelsea Burial Ground, where the faithful of the Fetter Lane congregation of the Moravian Church have buried their dead since 1750.

The cemetery also holds the remains of missionaries who served in Labrador. But when I went there, on a pleasant December day some years ago, I was not in search of a missionary but, rather, an Inuit child from Labrador.

I had called to make an appointment, and so I was cordially greeted by Rev. David Newman. “So, you’re here to see our Eskimo boy?” he asked.

This was news to me. My information was that the cemetery had the grave of a female Inuit child. I had never heard of the boy. In fact, as I soon learned, there is a young Inuit man buried there, but that’s a story for another time.

A Moravian graveyard is laid out in quadrants, the minister explained. Indeed, a 1795 publication explained succinctly that one quadrant is “appropriated to male infants and single brothers; a second, to female infants and single sisters; a third, to married brothers or widowers; and the fourth, to married sisters and widows.” There are no standing tombstones—grave markers are all flat and of two sizes, “a smaller for children, and a larger for grown persons.”

In the minister’s office, we examined the plan of the graveyard. To the clergyman’s surprise, it showed “Eskimo Child” in the northeast section, Row 10, Number 2, very close to the hedgerow outside the chapel.

While the minister dealt with an interruption, I returned to the graveyard and began my search. Almost immediately, in the row of markers closest to the office, I found the lonely grave.

In 1899, Ralph Taber, the promoter who seven years earlier had recruited Labrador Inuit for the Chicago World’s Fair, returned to that coast to take Inuit for another ethnographic exhibition, this time in Europe.

He enticed Inuit from Zoar, Davis Inlet, Nain and Hebron to accompany him to England. Their first show would be at the well-known exhibition venue of Olympia, in London.

The Inuit arrived in Europe aboard the Hudson’s Bay Co. ship Erik in late October. By Nov. 6 they were at Olympia. The show they were a part of was a grandiose presentation called “Briton, Boer and Black in Savage South Africa.”

Bizarrely, it featured an “Esquimaux Village,” almost as an afterthought. This was the first of many shows in a trip that would, for most, last almost three years and take the Inuit to France, Spain, North Africa and Italy, before they crossed the Atlantic again for a major exhibition in Buffalo, New York.

Not all the Inuit would survive this odyssey. The girl whose grave marker I had sought would be the first to die.

The diary of the Fetter Lane congregation records that “an Eskimo child died at Olympia” on Dec. 21 and was buried two days later at Chelsea. The register of deaths and burials of the congregation provides more information.

The unfortunate child was a girl, her name recorded as Sarah Abraha Uvloriak. She had been born on Dec. 19, 1895, at Hebron in Labrador (although the London church register mistakenly says 1893). 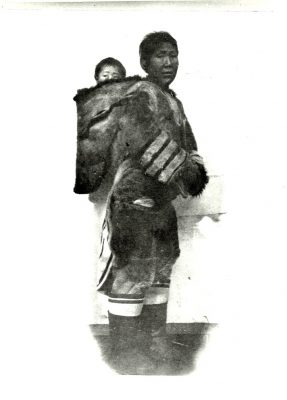 The Hebron church record gives her name simply as Sara. Confirming the diary entry, the death register notes that she “departed” on Dec. 21 at Olympia and was buried on Dec. 21 by Brother Friedrich Nestle. He was on furlough from Labrador and was in London “in order to minister spiritually to the Eskimoes [sic] at ‘Olympia’.”

He was also grieving the loss of his own wife, who was “called home to her eternal rest” in Hopedale, Labrador, only six months earlier, and was buried there along with their still-born child.

Sarah was the daughter of an Inuit couple, Abraham and Juliane. Abraham had been born at Hebron in 1858, Juliane a year earlier. They had married there on April 29, 1878, in a ceremony performed by Brother Kretschmer.

They had come to Olympia with five of their children. And now, two months into their adventure, they had lost one. They would lose two more before their sad European saga would end.

The sparse information on Sarah’s grave marker is a mystery. She did, after all, have a name recorded in the congregation’s records. But no name appears on her marker, merely the anonymous inscription, AN ESKIMO CHILD.

The date, too, is wrong. Sarah died in 1899. Her marker places her demise in another century.

No one remembers Sarah today. I placed a flower on her grave; probably it was the first in over a century.

(This is a revised version of a story that first appeared in the Labrador publication, Them Days, in 2015.)