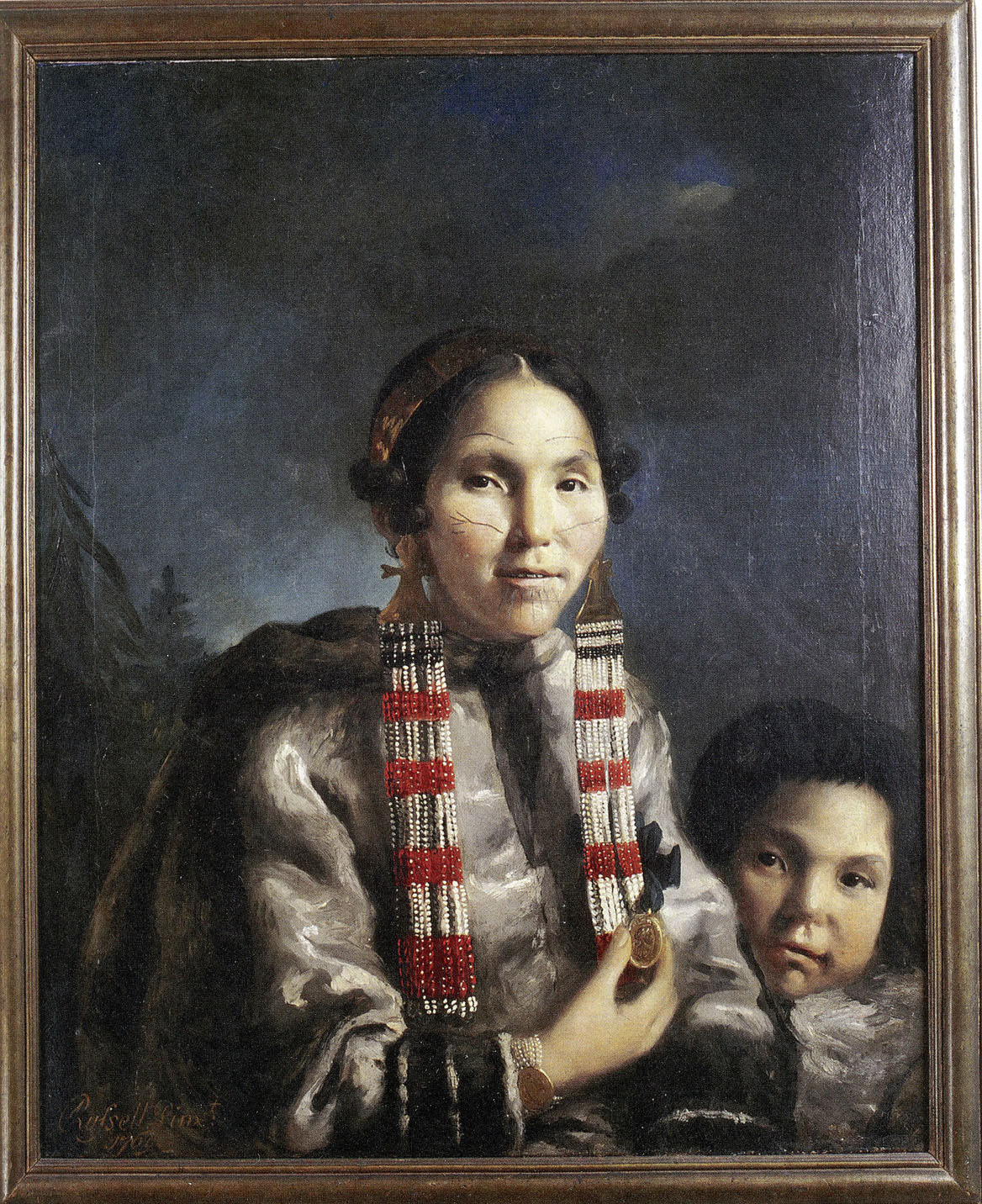 Mikak and her son Tutauk, in a portrait done by the renowned British painter, John Russell, in 1769. (COURTESY OF THE INSTITUTE OF CULTURAL AND SOCIAL ANTHROPOLOGY, GOTTINGEN, GERMANY)

Mikak and the Moravian Church in Labrador — Part 1

Mikak was the most well-travelled Inuk of her time. She was born on the Labrador coast around 1740, but we know nothing of her life until she was 25.

In the summer of 1765, she met the Moravian missionaries, Jens Haven and Christian Drachart in Chateau Bay in far southern Labrador. They were travelling with Hugh Palliser, governor of Newfoundland and Labrador.

He was concerned about the situation of the Inuit in the area near the Strait of Belle Isle where they had fought with European — English and French — and New England fishermen and sealers for at least the previous 50 years.

The Treaty of Paris had been signed in 1763 and led to a reduction in the French presence in the area, but still, Palliser hoped to find a way to remove the Inuit from Labrador’s south coast and have them return to what he thought were their more traditional lands north of Hamilton Inlet.

Mikak had a husband at the time, but his name is unknown to history. She met the Moravian missionaries in Chateau Bay, because bad weather forced them to stay longer than expected; they lived in the tent of Segullia, the brother of Tuglavina, who eventually became Mikak’s second husband.

She was pleased to discover that both missionaries spoke her language, having learned it in Greenland.

The Moravian Church is an evangelical sect bearing the official name of the Unitas Fratrum. One of the oldest Protestant denominations in the world, it traces its roots to the Bohemian Reformation in the 15th century, even before the Protestant Reformation.

It had missionary efforts throughout the world, including among the Inuit of Labrador and Greenland and eventually Alaska. Its first attempt at establishing a mission in Labrador, in 1751, ended in tragedy when Johann Christian Erhardt and six companions were killed by Inuit.

In 1764, Jens Haven led an exploratory summer voyage to Labrador; he returned the following year and met Mikak and other Inuit.

In 1767, Francis Lucas, second in command of a garrison at Chateau Bay, captured three Inuit women and six children in an altercation in which as many as 20 Inuit were killed. It is probable that Mikak’s husband was one of those killed.

Lucas kept his captives at York Fort in Chateau Bay for the winter, and took them to St. John’s the following summer. Later that year, Governor Palliser arranged for Lucas to take three of them to England — these were Mikak, her six-year-old son Tutauk, and a 13-year-old orphan boy, Karpik.

In England, Mikak was introduced to Augusta, the dowager princess of Wales, who presented her with gifts, which included a finely ornamented white dress trimmed with gold. A well-known artist, John Russell, painted her portrait.

While in England, Mikak met Jens Haven again; he was there petitioning the British government for permission to establish a mission in Labrador, and Mikak strongly encouraged this.

She and her son returned to Labrador in 1769; they were not the first Inuit to travel from Labrador to Europe, but they were the first to ever return.

The stories she told of her experiences in England enhanced her status among her own people, and she used her influence to support the idea of a Moravian mission. By the time Haven and Drachart arrived in 1770, she had paved the way for them.

In July of that year, the missionaries met a group at Byron Bay which included Mikak’s father, Nerkingoak; he told them that he had renamed his daughter Nutarrak, meaning—as he explained—“changed or new born” because she was so different on her return from Europe.

Mikak arrived the next day, wearing her prized possession, the “rich Esquimaux Habit which the Princess Dowager of Wales got made for her in London of ﬁne White Cloth laced with Gold and embroidered with many gold Stars & a Golden Medal of the King hanging at her Breast.”

Jens Haven noted that “Mikack now Nutarrak… appears as a great Lady” among her people.

The missionaries expressed some concern for their safety among the Inuit, who had a reputation for fierce behaviour farther south on the coast. Mikak chastised them for these thoughts and assured them that her people would welcome and accept them.

“You will see,” she said, “how well we will behave, if you will only come. We will love you as our countrymen, and trade with you justly, and treat you kindly.”

The Moravians returned permanently the following year and established a mission and trading station at Nain.

Read Part 2 of this two-part series.