Kristen Kownak says family thrilled to see her on TV 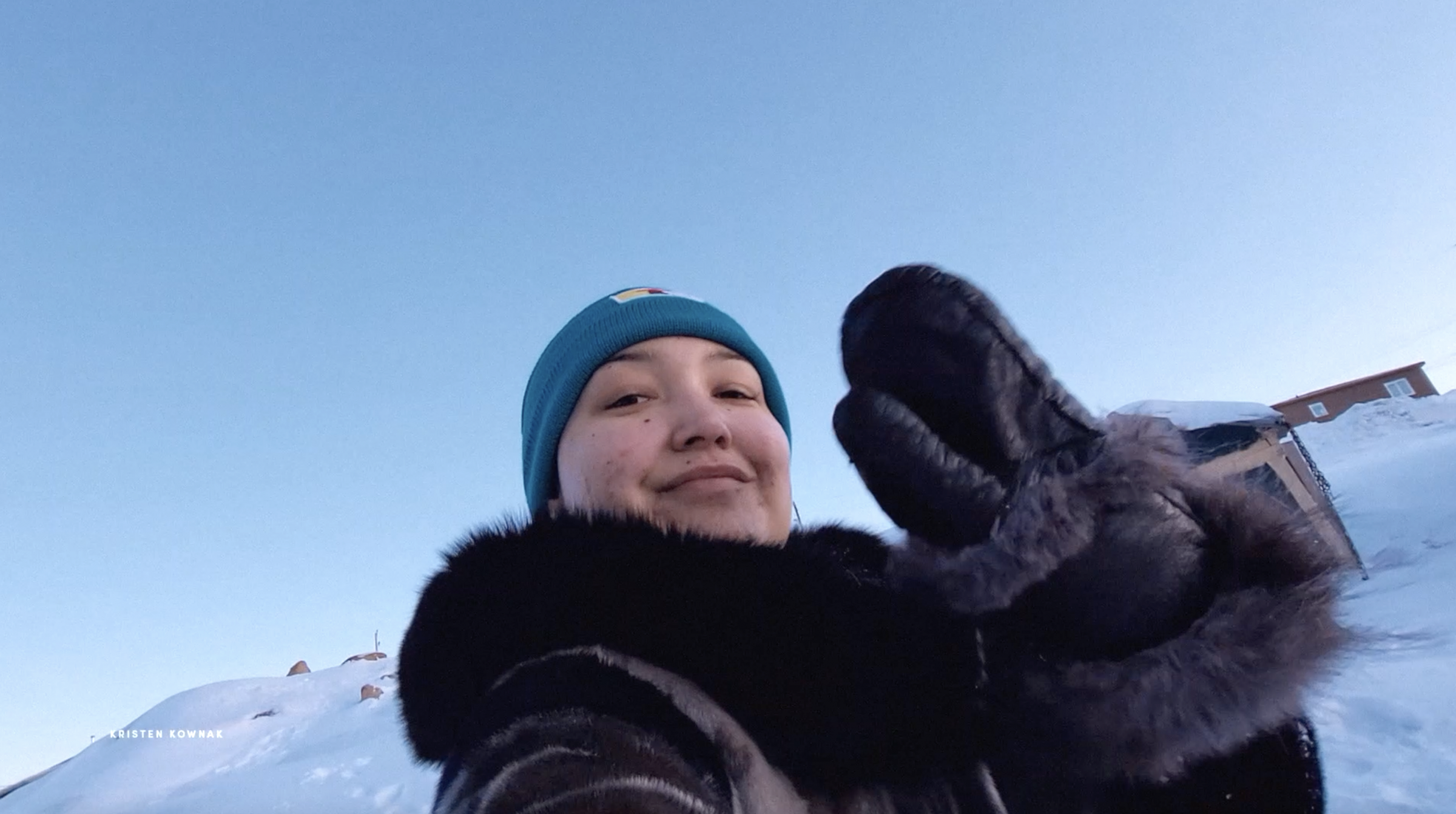 Kristen Kownak of Iqaluit waves in a Tim Hortons ad that includes her snowman, which she dressed in traditional Inuit clothing. (Photo courtesy of Tim Hortons)

A holiday ad by Tim Hortons features an Iqaluit woman and her traditionally dressed snowman.

The one-minute ad — which doesn’t mention coffee — spotlights a cross-section of Canadian families at home, along with their unique snowman designs. 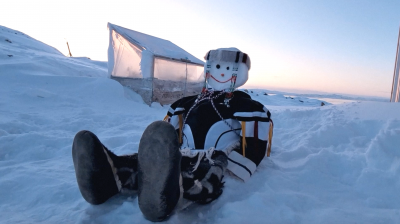 The ad includes Kristen Kownak of Iqaluit, whose creation sports a black-and-white amauti that she used to wear as a toddler, a qaurutik headpiece from a friend and her mother’s kamiks.

Kownak waves to viewers in the ad, with a pink-tinged landscape behind her.

The ad’s director, Goh Iromoto, approached Kownak to apply to be part of the ad, knowing that Tim Hortons was looking for a diverse range of Canadians.

“Inuit aren’t represented as much in casting calls because Inuit don’t know about the process,” Kownak said.

Iromoto first suggested she might to want to submit a pitch to make a snow inuksuk.

But Kownak wanted to incorporate traditional clothing into her submission.

When her application made the final cut from more than 20 across Canada, it was already November.

So Kownak headed out to find the right place to make the snowman, with just enough scenery to make it interesting.

She ended up at a friend’s home in Apex where she piled snow up a slope.

“It was ice-crystally, it was cold, so I had to make a pile of snow and then shape it,” she said.

The pukulik style of amauti, with its longer front and back, helped cover up the snow pile.

To stabilize the snowman, Kownak stuck a hanger in its shoulders. The top of the hanger supported the head, which she carved out a solid block of snow.

Kownak was asked to shoot the snowman looking up at it from below, “for a superhero effect,” she said.

The 24-year-old graduate of Nunavut Sivuniksavut, who also attended Carleton University, works as a land administrator at Crown-Indigenous Relations and Northern Affairs Canada.

But she had previously acted in the CBC television program Nature of Things. For a historical vignette, she played a young Inuit girl who was brought to Europe in the 1800s to be part of a “human zoo.”

Kownak, who is originally from Baker Lake, said when her excited family saw her recently in the ad on television, they posted online, “We just saw you on TV!”

She said she supported the idea behind Tim Hortons campaign because offered a bright spot in what has otherwise been a pretty dark year, with the ongoing pandemic and tough public conversations about systemic racism.

The snowmen in the ad look as diverse as the Canadians who create them — sticks, carrots and spare buttons are alongside snow dreadlocks, eagle feathers and dupatta shawls, along with Kownak’s amauti.

Iromoto said he was inspired by his Japanese-Canadian family’s experiences building snowmen in creating the ad campaign, which is intended to celebrate “the different cultures, diverse backgrounds and inclusivity that runs deep throughout the veins of so many Canadians.”