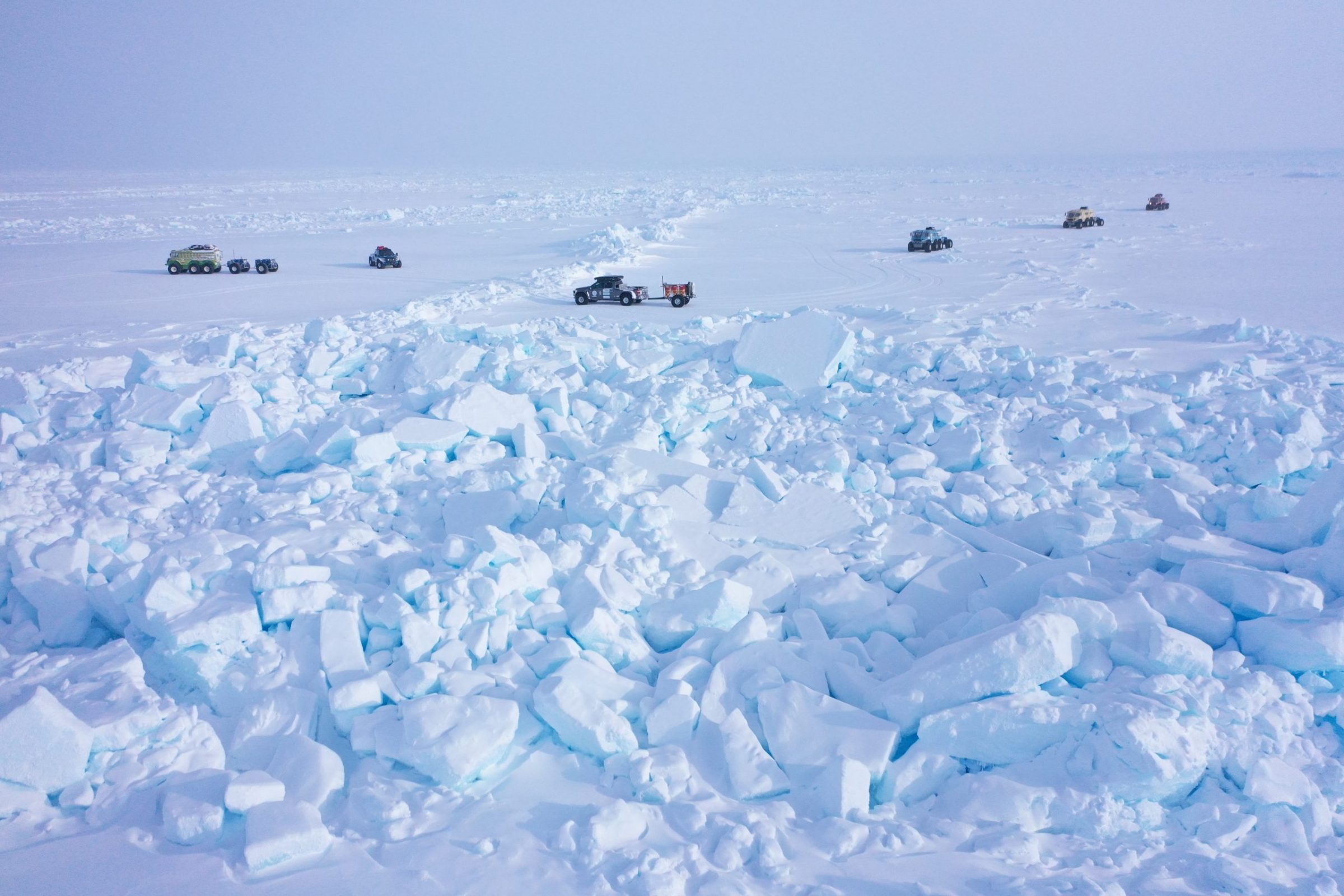 Members of the Transglobal Car Expedition are returning to the remote Arctic this week to recover a Ford pickup truck they lost through thin ice five months ago. 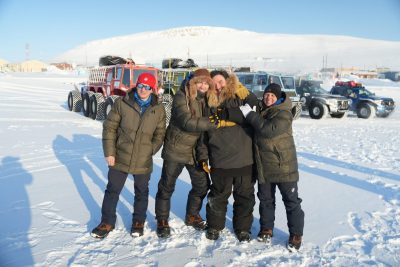 The Ford F-150 was part of an overland excursion from Yellowknife to Resolute Bay when it was lost March 23 during a return trip to Cambridge Bay.

It went into the water near the Tasmania Islands, in the Franklin Strait, and has been sitting on the Arctic sea floor since.

Now, a 12-member team is travelling back for a three-day recovery operation based out of Gjoa Haven, about 300 kilometres from the site where the truck went in. The operation starts Thursday.

The plan is for experienced Arctic divers to attach airbags to the truck, float it, and bring it to shore, according to a news release from the Transglobal Car Expedition.

Then, the team will inspect the truck and get it ready to be airlifted by helicopter to Gjoa Haven.

Local hunters who are knowledgeable about local wildlife and land will also be on site.

Andrew Comrie-Picard, a professional driver originally from Edmonton who now lives in California, was part of the original expedition and is returning to the area as part of the recovery operation.

He said the expedition team has worked with local communities and federal authorities on this project due to environmental impact concerns, including the release of fuel from the truck into the water.

“It’s been a consultative process throughout and our goal is to get [the truck] out so it doesn’t deteriorate or release anything additional into the environment,” Comrie-Picard said.

“This isn’t about getting our truck back. It’s about making sure that the truck isn’t there [and] doing damage.”
According to Comrie-Picard, the whole process has taught his team about how to collaborate with people in the North.

“You have to put yourself out there and talk to people and all get around the same table as much as possible,” he said, adding the team initially found it difficult to reach out to local hunters and trappers organizations and local communities in a useful way.

But through a consultative process spanning a couple of months, they learned “people are actually quick to unite behind this project and quick to be supportive.” 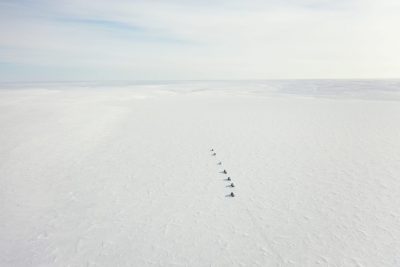 Andrew Comrie-Picard said the expedition team has worked with local communities and federal authorities to plan the recovery operation because of environmental concerns such as the release of fuel from the truck into the water. (Photo courtesy of the Transglobal Car Expedition.

Once the recovery operation is complete and the truck brought to Gjoa Haven, Comrie-Picard said it will be put in a sealift vessel scheduled for Montreal.

The team might try then try to repair the vehicle, use parts of it that still work or ship it to the United States where they’re hoping to display it at the Arctic Trucks factory in Cheyenne, Wyo.

GoodGear, the parent organization behind the Transglobal Car Expedition, is funding the recovery. Comrie-Picard wouldn’t comment on how much it’s expected to cost.

The Transglobal Car Expedition involves a team of 16 Russians, Americans, Ukrainians, Canadians and Icelanders who hope to do the first-ever overland wheeled journey from the continental shelf of North America to the High Arctic.

The team has used seven vehicles for its journey so far. They made international headlines in March when a plane chartered by one of its Russian members was detained in Yellowknife for allegedly violating Canadian airspace rules. Canada had closed its airspace to Russian planes in response to the invasion of Ukraine.

Transport Canada ended up fining the passenger, pilots and charter company a total of $24,000.