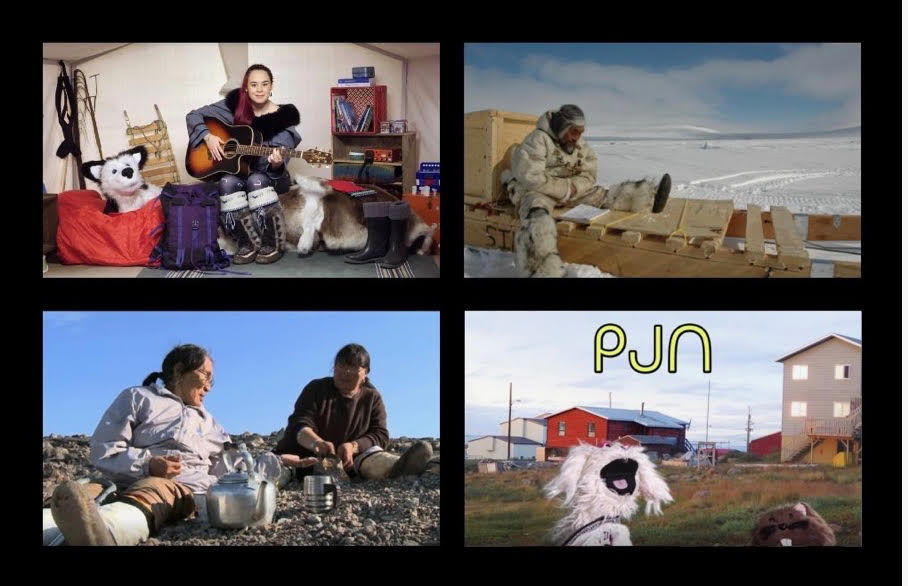 Uvagut TV, currently broadcast in 600,000 homes in Canada, is applying to the Canadian Radio-television and Telecommunications Commission to be added to mandatory basic TV packages in the country. (Images courtesy of Uvagut TV)

Two years after it debuted on airwaves, Canada’s first national Inuktut television channel is applying to be a mandatory part of basic TV cable packages across the country.

Uvagut TV, launched in January 2021 by the Nunavut Independent Television Network, is the first national Inuktut television channel in the country.

However, the channel is eyeing a wider reach.

Earlier this month, the Nunavut Independent Television Network applied to the Canadian Radio-television and Telecommunications Commission to issue a mandatory distribution order for Uvagut TV.

This would mean that Uvagut TV would be included in basic TV packages offered by every Canadian cable and satellite provider.

In its application, the network said Uvagut TV “fills an important void by offering not only programming for Inuit, but also by reinforcing ties and fostering an understanding between Inuit and all Canadians.”

As the first and only national television service devoted to Inuit communities that broadcasts primarily in Inuktut, Uvagut TV is “similar to a public television service that brings significant advantages to an underserved segment of the Canadian population that would probably not have access to such a service without a mandatory distribution order,” the network argues.

The network said being granted mandatory distribution would allow the channel to increase personnel and operations.

The station is now waiting for a hearing date to be set later this year, said technical director John Hodgins.

That includes providing varied and comprehensive programming, offering a balance of information and entertainment programming at an affordable cost, drawing from local, regional, national and international sources, including educational and community programs, and contributing to Canada’s linguistic and ethnocultural diversity.

The last time the CRTC approved an application for a “national, multilingual, multi-ethnic discretionary service” was in November 2017 when Rogers Media Inc. was approved to operate its proposed service OMNI Regional, said CRTC spokesperson Patricia Valladao.