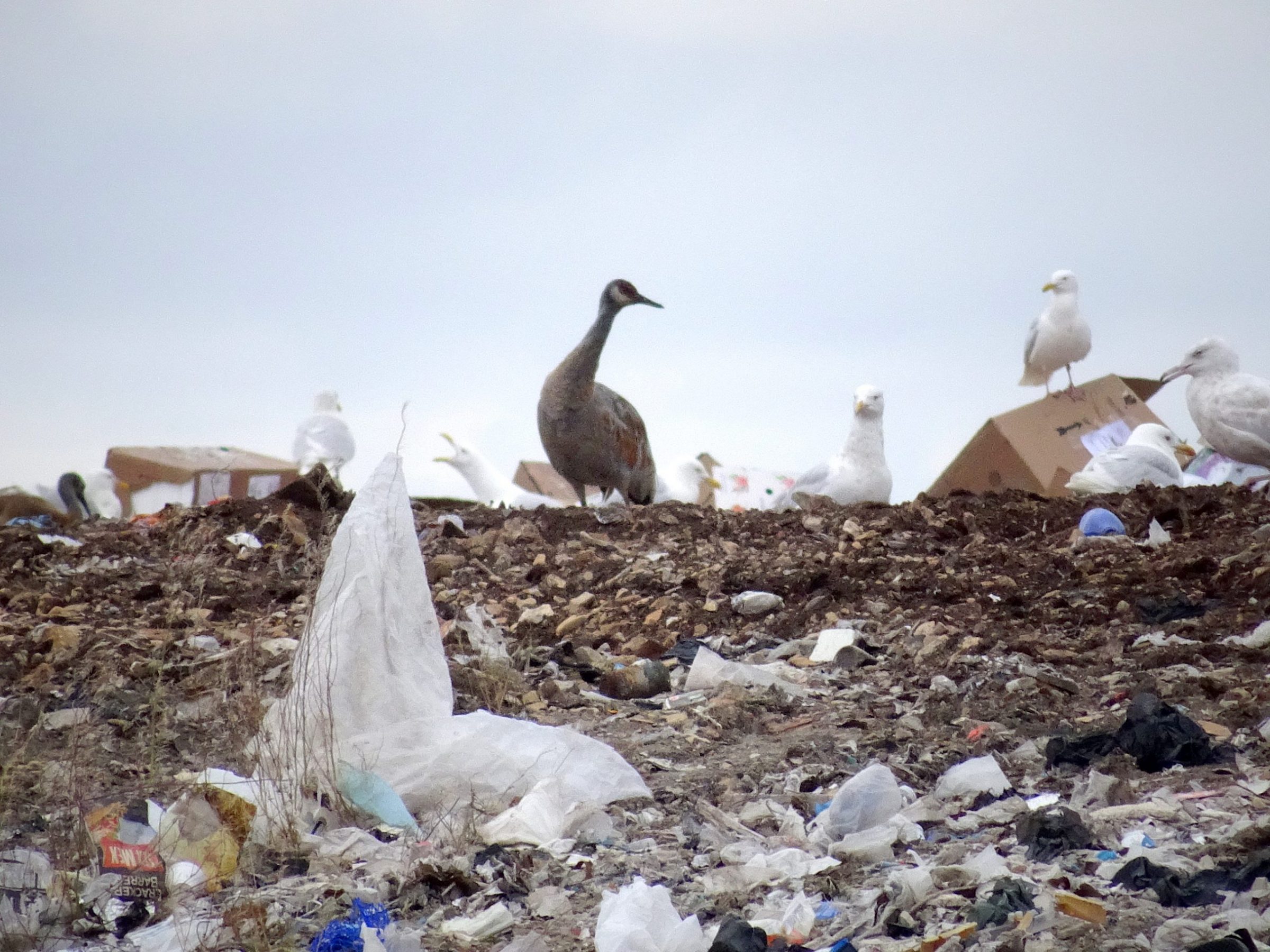 Birds congregate at the landfill in Cambridge Bay. It’s one of the few Nunavut waste management sites which has been upgraded although open burning still takes place. (Photo by Jane George)

It’s time for higher levels of government to clean up an Arctic waste problem they helped create, says a report aimed at halving waste in the region by 2040.

“For decades, colonial government policies have encouraged the growth of static, southern-style communities while failing to create or fund the infrastructure necessary to support them,” states Oceans North, an environmental organization that focuses on marine conservation, in the report, released in March.

Challenges facing communities in Inuit Nunangat include limited or no waste separation, open-air burning of domestic waste and sub-standard facilities.

In looking at the amount of waste accumulated over the last 25 years in Inuit Nunangat, the report found much of what ends up in landfills originates from materials made in the south and brought north for consumption or construction purposes.

It also found most municipal dumps have outlived their intended lifespans, and many are located near the shore, which results in waste flowing to the coast.

Addressing these problems will require national and international co-operation, said Inuit Tapiriit Kanatami president Natan Obed in his introduction to the report.

That co-operation will be needed because the sources of climate change and much of the waste that accumulates in the North originates outside Inuit homelands.

“We currently have little to no direct decision-making involvement in the recycling, reduction or diversion of the paper, cardboard, plastics, hazardous materials and e-waste filling our landfills, threatening our freshwater supplies and locally harvested foods, and directly affecting our local air quality,” Obed said in the report.

His organization provided feedback for its development.

Oceans North points out waste management was not included in the Liberal government’s 2019 Arctic Policy Framework, despite the fact it would take millions to bring the waste management up to par in Nunavut alone.

Consultants from Yellowknife-based Arktis Solutions determined in 2011 that the Government of Nunavut could spend more than $9 million per community to bring its landfills up to scratch.

The study was intended to advise the Nunavut government on how to manage its landfills in a more sustainable manner.

Among other measures, the consultants recommended burn pits as a way to better control open burns, and berms to manage leach water produced at the dumps.

The Nunavut Association of Municipalities said the situation in the territory’s communities remains much the same as in 2021 as in 2011, although Iqaluit has plans to build a new $35-million facility about 8.5 kilometres northwest of Iqaluit, which would also see the closure and clean up of the old landfill.