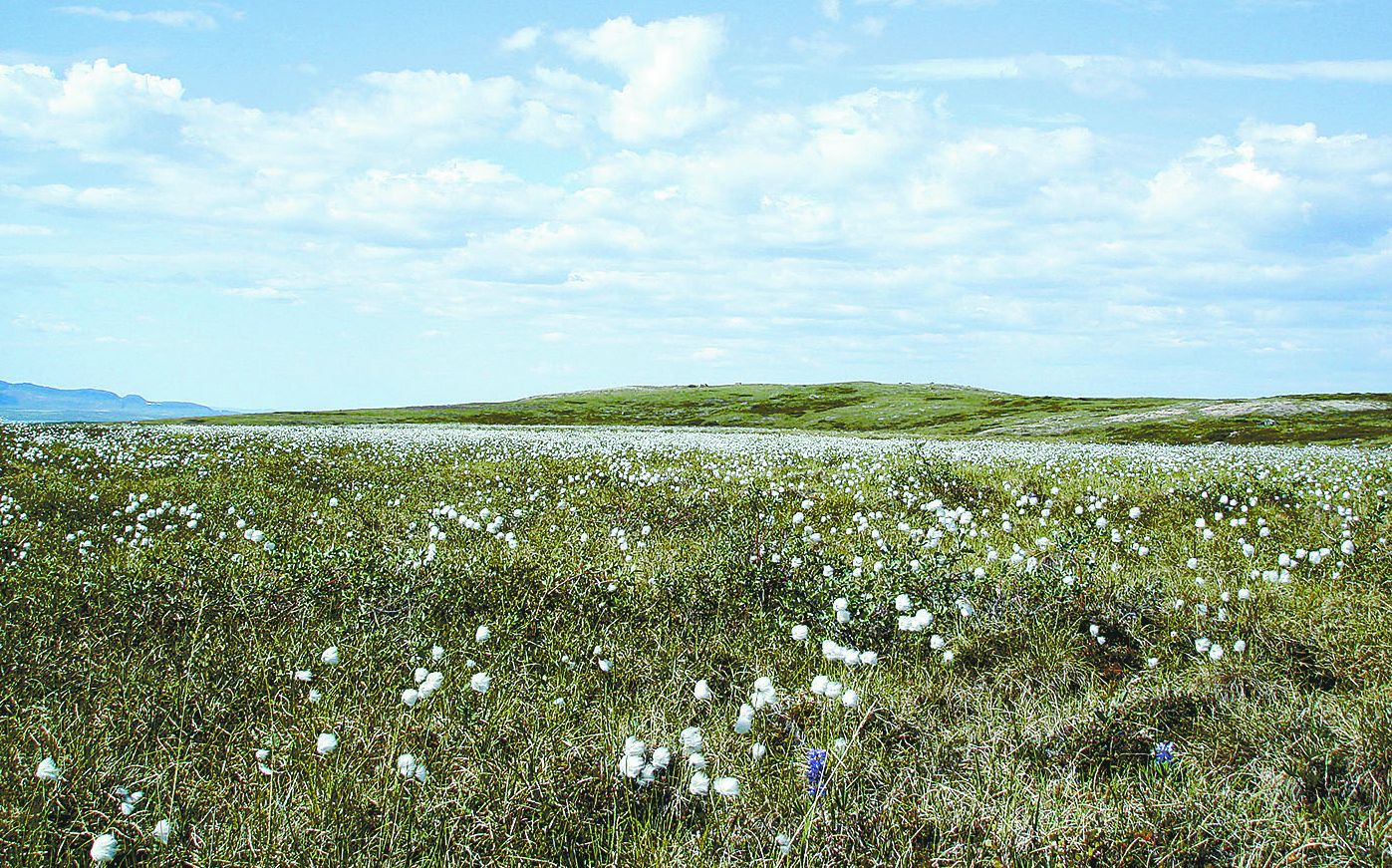 Thousands of Arctic cotton plants cover a meadow near Bathurst Inlet, Nunavut. Just one day prior to the federal election call, the Liberal government has released its long-waited Arctic policy framework. (File photo)

One day prior to the start of Canada’s national election campaign, the Liberal government, with little fanfare, launched its long-awaited Arctic and northern policy framework on Sept. 10.

The document, which represents the first phase of a continuing process, will replace Conservative Prime Minister Stephen Harper’s 2009 Northern Strategy and the Harper government’s 2010 Statement on Canada’s Arctic Foreign Policy.

It’s supposed to serve as a guide for federal policy in the Arctic until 2030—but it contains no implementation plan or governance measures to guide future collaboration.

Those matters are to be dealt with in a second phase, the framework says.

Notwithstanding all that, a foreword from Carolyn Bennett, the minister of Crown-Indigenous relations and northern affairs, claims the policy document represents a “a profound change of direction for the Government of Canada.”

The release of the policy also comes much later than expected. Earlier this year, Bennett said the policy would likely be released in June.

CBC reported earlier this month that an announcement event planned for Yellowknife in August had been cancelled.

At the heart of the Liberal policy are eight “goals,” with accompanying objectives, and 10 “principles.”

When Prime Minister Justin Trudeau, on Dec. 20, 2016, announced his government’s intention to create the new policy, he promised it would be “co-developed” with northern governments and Indigenous organizations.

To that end, more than 25 Indigenous organizations, along with the governments of Nunavut, the Northwest Territories, Yukon, Manitoba, Quebec and Newfoundland-Labrador, joined in on the co-development process.

“In co-developing Canada’s Arctic and Northern Policy Framework, our partners helped us to understand and reflect the unique opportunities and challenges within the different regions, jurisdictional responsibilities and treaty rights across the Arctic and the North,” Bennett said in a news release.

And some of those partners have written their own chapters, which are published outside the main policy document.

But there’s a catch. The chapters contributed by the co-development partners may not actually represent federal policy.

That’s a sign the federal government may have run into problems finding consensus among the more than 31 groups.

“While the framework chapters are an integral part of this process, they do not necessarily reflect the views of either the federal government, or of the other partners,” the framework document says.

The document also suggests that where they did find consensus, it wasn’t easy.

“The ideas, the aspirations, and the goals and objectives are the result of the meeting of many minds and perspectives. This often meant compromise on the part of governments and Indigenous partners as we strove for consensus.”

You can find links to the Arctic policy documents at this webpage.

Here are the eight goals of the strategy, representing what the federal government wants to strive for.

• Canadian Arctic and northern Indigenous peoples are resilient and healthy.

• The Canadian Arctic and North and its people are safe, secure and well-defended.

• Strengthened infrastructure that closes gaps with other regions of Canada.

• The rules-based international order in the Arctic responds effectively to new challenges and opportunities.

• Canadian Arctic and northern ecosystems are healthy and resilient.

Each of those goals is fleshed out with multiple “objectives” listing more specific aspirations.

And to help carry out all those goals and objectives, the policy document lists the following principles below, which were developed to provide “continuing guidance on implementation of the framework”:

• Decisions about the Arctic and the North will be made in partnership with and with the participation of northerners, to reflect the rights, needs and perspectives of northerners.

• The rights and jurisdictions of Canada’s federal, territorial, provincial Indigenous and municipal governments will be respected.

• Development should be sustainable and holistic, integrating social, cultural, economic and environmental considerations.

• Ongoing reconciliation with Indigenous peoples, using the work of the Truth and Reconciliation Commission as a starting point, is foundational to success.

• As climate change is a lived reality in the region, initiatives will take into account its various impacts, including its impact on Indigenous northerners, who continue to rely on the land and wildlife for their culture, traditional economy and food security.

• Policy and programming will reflect a commitment to diversity and equality, and to the employment of analytical tools such as Gender-Based Analysis Plus to assess potential impacts on diverse groups of people.

• The framework will respect a distinctions-based approach to ensure that the unique rights, interests and circumstances of Inuit, Arctic and northern First Nations and Métis are acknowledged, affirmed and implemented.

• The Government of Canada recognizes Inuit, First Nations, and Métis as the Indigenous peoples of Canada, consisting of distinct, rights-bearing communities with their own histories, including with the Crown.

• The work of forming renewed relationships based on the recognition of rights, respect, co-operation and partnership must reflect the unique interests, priorities and circumstances of each people.

• Every sector of society, from the private sector to universities and colleges, the not-for-profit sector, community-based organizations and individual Canadians, has an important part to play in building a strong Canadian Arctic and North.