In the fall of 2021, Iqaluit businesses collected 166 cubic metres of water bottles 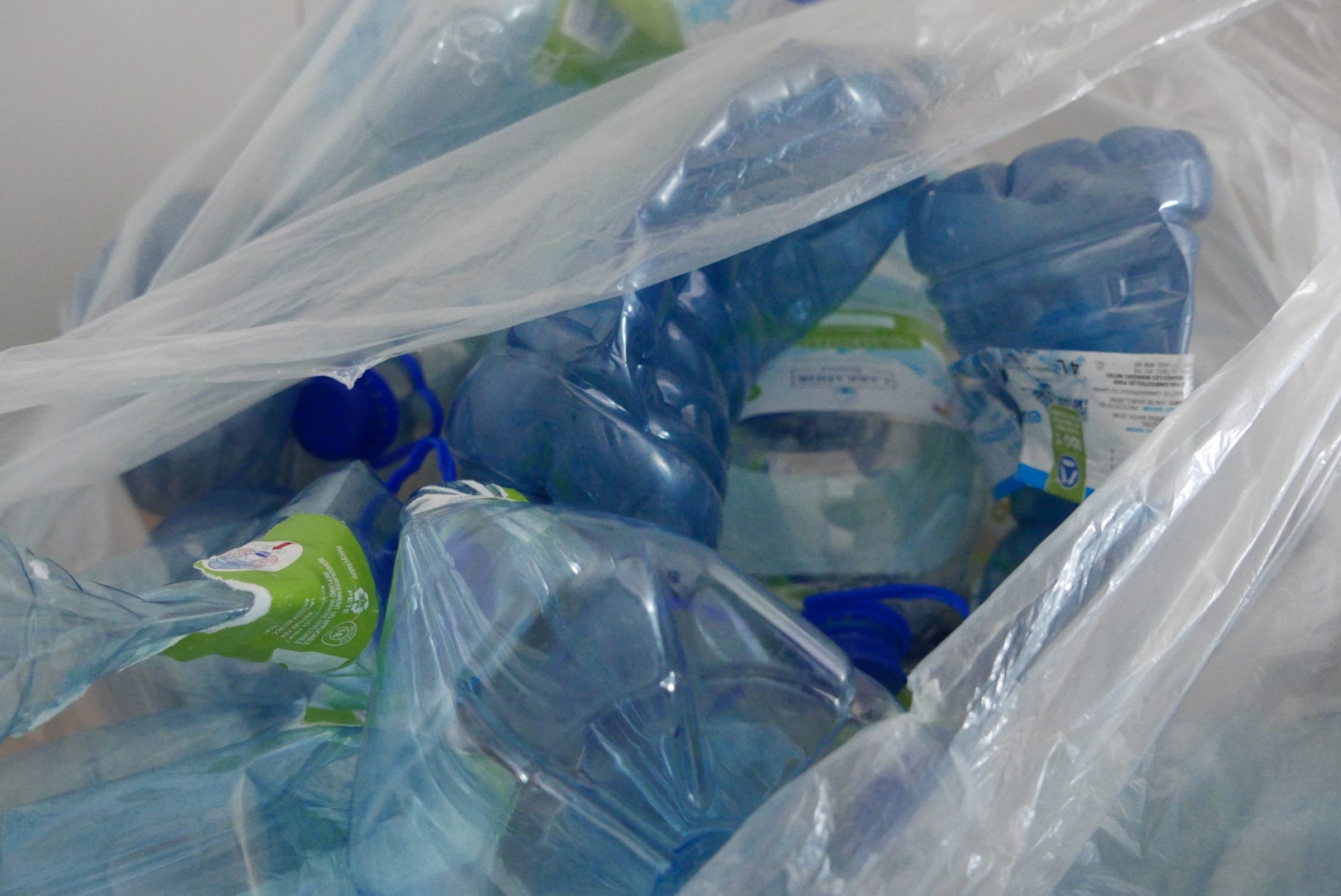 Iqaluit businesses collected 166 cubic metres of water bottles like these in the fall of 2021, during the city’s water emergency. (File photo)

Plastic has next to no value as a recyclable and factoring in the costs of transportation from Iqaluit to a southern processing plant couldn’t turn a profit, said Co-op vice-president of stakeholder relations, Duane Wilson, and there must be a willingness from businesses and levels of government to keep a program like this around in the future.

“It is certainly a net negative proposition without any outside resources,” he said.

Arctic Co-operatives is one of several businesses and organizations that banded together in October to collect and recycle the influx of water bottles that piled up in Iqaluit due to the water emergency.

The Government of Nunavut issued a do-not-consume water advisory on Oct. 12 due to fuel contamination in the City of Iqaluit’s water supply and shipped at least 80,000 litres of water from southern Canada in water bottles.

The government lifted the do-not-consume order on Dec. 10, and in that time, about five sea cans had been filled with bottles.

Arctic Co-operatives had been offering its own resources to help cover the costs of the program, along with Nunavut Airport Services Ltd., Baffinland Iron Mines Corp. and the Qikiqtani Inuit Association, Wilson said.

Nunavut Sealink and Supply Inc. had a ship anchored in Iqaluit when it discussed the possibility of collecting the bottles, said business development manager Brian Tattuinee. The company offloaded four sea cans, which would be filled with water bottles in a month.

“We didn’t really have an idea about how much volume we would be able to do but we needed to commit to something,” he said.

The program came to a halt a month later when the four sea cans were filled and there was nowhere else to store the bottles.

“At that point we were like, ‘We ourselves can’t do this,’” Tattuinee said.

Eventually, the Government of Nunavut pitched in two sea cans that would be placed at Iqaluit’s landfill, and collection resumed mid-December, shortly after the GN lifted the do-not-consume advisory. The city has also supplied a sea can.

Tattuinee said recycling has been the wider conversation around this short-term emergency response program.

“Those conversations are taking place now,” he said, adding that the Nunavut government recently put out a tender for waste management in remote areas.

Tattuinee said he and NSSI would be willing to participate, but it would take all levels of government to pull it together.

“It’s a complicated area. It’s not cheap to process anything,” Tattuinee said.

“This program is currently limited to the collection of additional plastic waste that was brought into the community as a result of the water emergency,” she wrote in an email.

Five sea cans have been filled: four from NSSI and Arctic Co-op, and one from the city, totalling 166 cubic metres, Clark said.

There are two currently at the landfill, and collection will stop once these two are filled.

Clark said NSSI will take on some of the cost of moving the recycling down south, and the rest will potentially be covered by an emergency management fund under the territorial government.

Tattuinee said he isn’t sure exactly where the bottles will be shipped to yet, as the sealift season won’t begin until the summer.