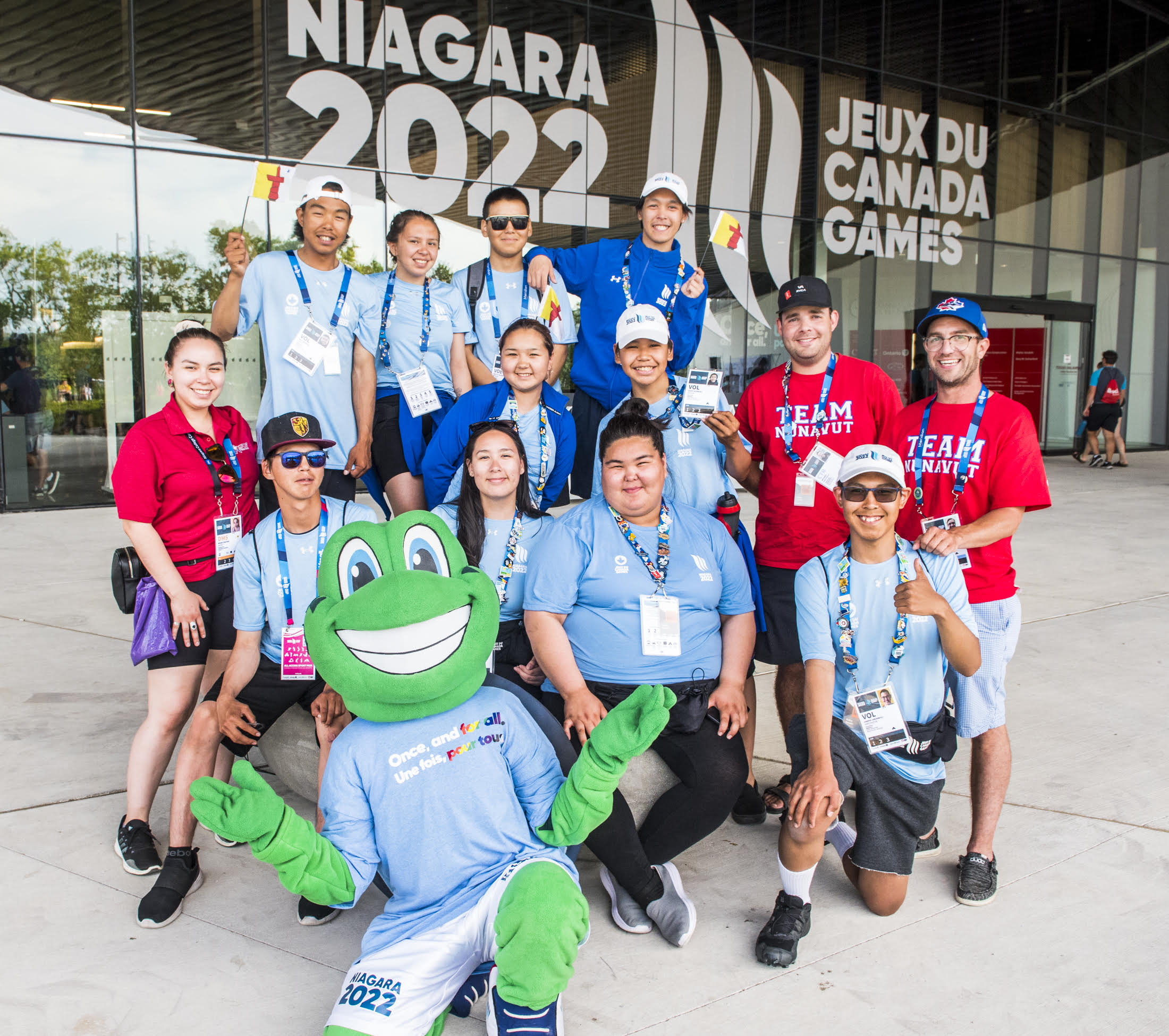 A sports team isn’t just made up of athletes.

And for Team Nunavut at the Canada Summer Games, an important component is the Nunavut Youth Ambassadors.

The ambassadors are a team of two leaders and 10 youth who are volunteering at events and representing their territory at the games.

They help athletes find their venues, check tickets, move hurdles on the running track, host cultural events and of course, cheer the athletes on as they represent Nunavut.

They’re also considered to be official members of Team Nunavut too — each ambassador gets a team uniform.

“We bring them down to the Canada Summer Games just as a good way to end it and also to get them to experience sport on a whole new level,” said Corey Skinner, who leads the Nunavut Youth Ambassador program.

The idea is that the youth learn new volunteer and leadership skills that they can bring back to their home communities, Skinner said.

In the year leading up to the games, participants in the program, all between 16 and 21 years of age, complete a series of modules about northern recreation and plan a special community engagement project in their hometowns.

Gabriel Nimiqtaqtuq, 18, discovered the program through his school. He went on to organize a community engagement project in his hometown of Gjoa Haven where he brought young people and elders together to socialize and stave off feelings of isolation during the early days of the COVID-19 pandemic.

Besides a trip when he was young for medical travel, coming to the Canada Summer Games in Ontario’s Niagara region is one of the first times Nimiqtaqtuq has ever left Nunavut, he said.

The ambassadors hosted a popular booth at the festival earlier this week where they held info sessions about Nunavut and hosted trivia games and Inuit Games demonstrations. 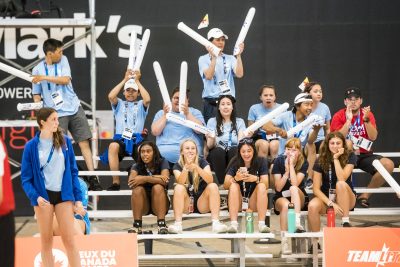 Team Nunavut’s youth amabassadors cheer on the men’s volleyball team at the Canada Summer Games on Aug. 17 in Niagara. (Photo by Denis Cahill)

They also had samples of traditional country food like dried caribou for people to try, and helped visitors to their booth have their names translated into Inuktitut syllabics.

“A lot of the kids are shy but it was really nice,” Skinner said.

“They were just engaging with the public and everything and it was by far the busiest booth.”

Nimiqtaqtuq said the most fun part of the hosting experience has been seeing “the looks on people’s faces” when they learn about what life is like in Nunavut.

He’s also enjoying collecting and trading the team pins sets — Nunavut’s unique pin is considered a hot commodity at the games — and is looking forward to seeing the closing ceremonies on Sunday.

Rachel Tagoona-Tapatai, 20, is an accomplished athlete herself, having grown up playing hockey, volleyball, basketball and table tennis in her home community of Baker Lake.

Her favourite part of being at the Canada Summer Games is exploring the city, getting to watch sports that aren’t easily found in Nunavut and reconnecting with her friends who are competing on the men’s volleyball team.

Back home, Tagoona-Tapatai organized a clothing drive at the youth centre, collecting clothing and household item donations that people could pick up.

“Being a volunteer here has sort of shown me that being selfless can be a good thing,” she said.

Skinner said the culmination of all the youth ambassadors’ hard work before and during the games is great to see.

“A lot of these kids are from completely different communities … but they’re developing friendships that will probably last a lifetime now,” Skinner said.