Arctic Yearbook’s 2018 edition focuses on China in the Arctic 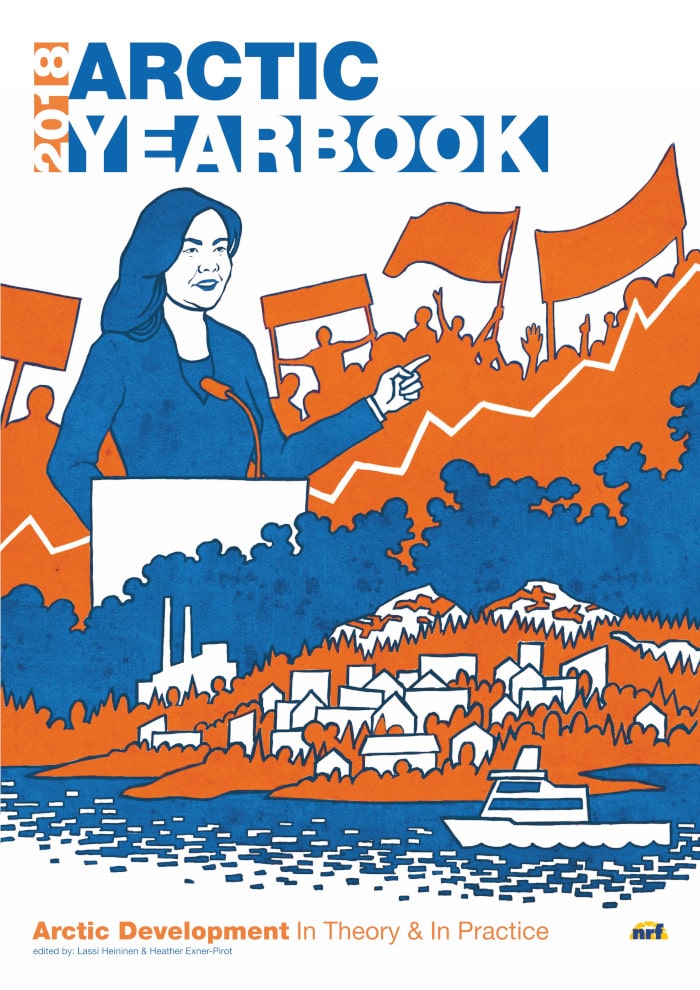 You can download the Arctic Yearbook 2018 online at www.arcticyearbook.com.

China’s role in the Arctic is the focus of the latest Arctic Yearbook, produced by the Northern Research Forum and the University of the Arctic.

This year’s edition of the academic publication, released online last week, puts a spotlight on China’s interest in Arctic resources and shipping corridors.

The 2018 Arctic Yearbook also looks at some of China’s challenges in operating in the Arctic, and at how China’s present reach in the Arctic is sometimes over-hyped.

“In Greenland, like in most other parts of the Arctic, actual Chinese presence and real investments remain relatively limited, but the imaginary visions of what China might mean for the Arctic in the future already loom large,” notes the introduction to the Arctic Yearbook, released on Nov. 1 at the University of Lapland in Rovaniemi, Finland.

The Arctic Yearbook’s contributors also suggest that China has its eye on bigger goals than simply acquiring raw resources from places like Greenland: “the main driving force is Beijing’s long-term aim to ensure great power and influence in the Arctic.”

China has made many overtures to resource-rich Greenland, whose leaders visited China last October, and where China has increasing mining interests and even proposed using an unused naval base as an operations facility.

China also, at one point, proposed collaboration on an Arctic railway through the Saami homelands in northern Finland and Norway.

Although not discussed in the Arctic Yearbook, China has interests in Nunavut, too.

China’s goals in the Arctic were spelled out earlier this year by its “polar silk road policy,” which envisions a shipping trade route around the circumpolar region.

The policy states that China wants “to build a community with a shared future for mankind and contribute to peace, stability and sustainable development in the Arctic.”

The policy also says China wants to seize the “historic opportunity in the development of the Arctic,” by taking a big role in developing tourism, “exploration for and exploitation of oil, gas, mineral and other non-living resources” and fishing.

China was one of the signatories of the recently signed international Arctic fishing agreement to protect the Central Arctic Ocean’s fish stocks.