In Greenland, genes point the way to better prevention and treatment 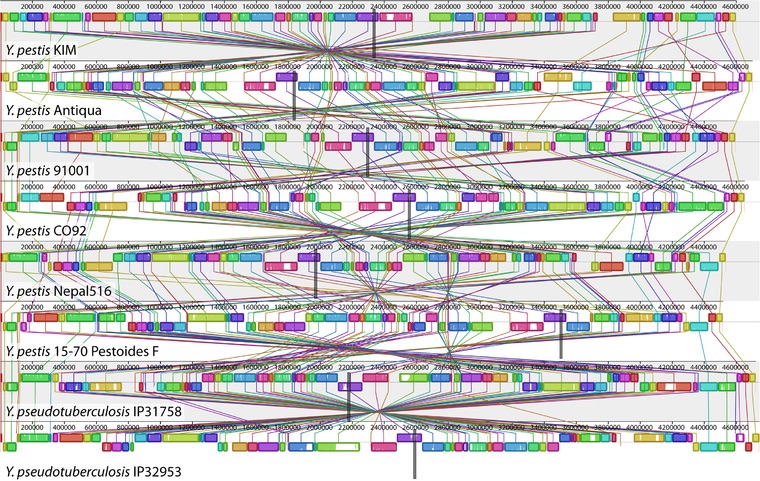 A map of a person’s genome, like the image seen here, may help guide the diagnosis and treatment of chronic illnesses or rare diseases. (IMAGE FROM WIKIPEDIA COMMONS)

COPENHAGEN—Personalized health care is on its way to the Arctic.

This care, using “precision medicine,” will involve the use of genetic testing to guide the prevention, diagnosis and treatment of many chronic illnesses or rare diseases.

The many possibilities of this new targeted health care were highlighted many times during the International Congress on Circumpolar Heath this week in Copenhagen.

By looking at a map of your inherited DNA or genetic materials, it’s now possible to see what kinds of illness you could be at risk of developing.

Genomes—that is, your complete set of DNA and genes—are already being used to help the roughly 10 per cent of Greenlanders who are susceptible to diabetes as they age.

Some 30 to 50 per cent of the diabetes cases in Greenland can be explained by genetics, said researchers speaking at a session on chronic diseases and genetic interactions.

About 80 per cent of those in Greenland who have the TBC1D4 gene variant in their genetic makeup develop diabetes when they are about 60, although if they exercise, they can improve their condition, said researchers Marit Elke Jørgensen and Anders Albrechtsen.

As well, certain medications for their form of diabetes prove more effective than others, they said.

In Nunavut, genetic studies have also pointed to a possible susceptibility to dangerously low sugar levels among newborns.

Seven in 10 infants in the Kitikmeot and Kivalliq regions of Nunavut and about half of the babies from the Baffin region are born with a variant of the CPT1A gene that instructs the body to produce an enzyme that helps the body process fats for energy.

Medical researchers believe this enzyme’s variant probably offered an advantage to people who first migrated to North America from Siberia.

But today there’s a problem.

This enzyme variant can lead people, in some cases, about one in 300, to develop severe low blood sugar, or hypoglycemia, when they are sick or not eating properly.

And that form of CPT1A—also found in Alaska, Nunavik and Greenland—can lead to severe low-blood-sugar complications. These may become worse during illness, with effects that range from seizures to sudden unexpected death.

The CPT1A variant could also be associated with the overall high mortality of infants from one month to one year old in Nunavut. These deaths are nine times higher in the territory than the national average.

Recent research from the health sciences centre in in Winnipeg, presented at the Copenhagen conference, did not identify a direct association between the presence of the enzyme and hypoglycemia among nearly 300 Inuit babies born between 2010 and 2014.

But the links may become clearer with more study.

The project aims to help Inuit, Métis and First Nations draw on genomic technologies to allow medical treatments to be tailored to the specific needs of patients and reduce access barriers to the diagnosis of genetic disease among Indigenous children, Arbour said.

Compared to what is becoming routinely available to other Canadians, Indigenous populations often have little or no access to genomic technologies, she said.

Inuit through Inuit Tapiriit Kanatami will participate, but it’s not clear yet how that will work, Arbour said.

But Inuit children who end up at the Children’s Hospital of Eastern Ontario will be able to participate, she said.