Ice-cool music on offer in Iqaluit this weekend

No two shows are ever the same for Norwegian ice musician 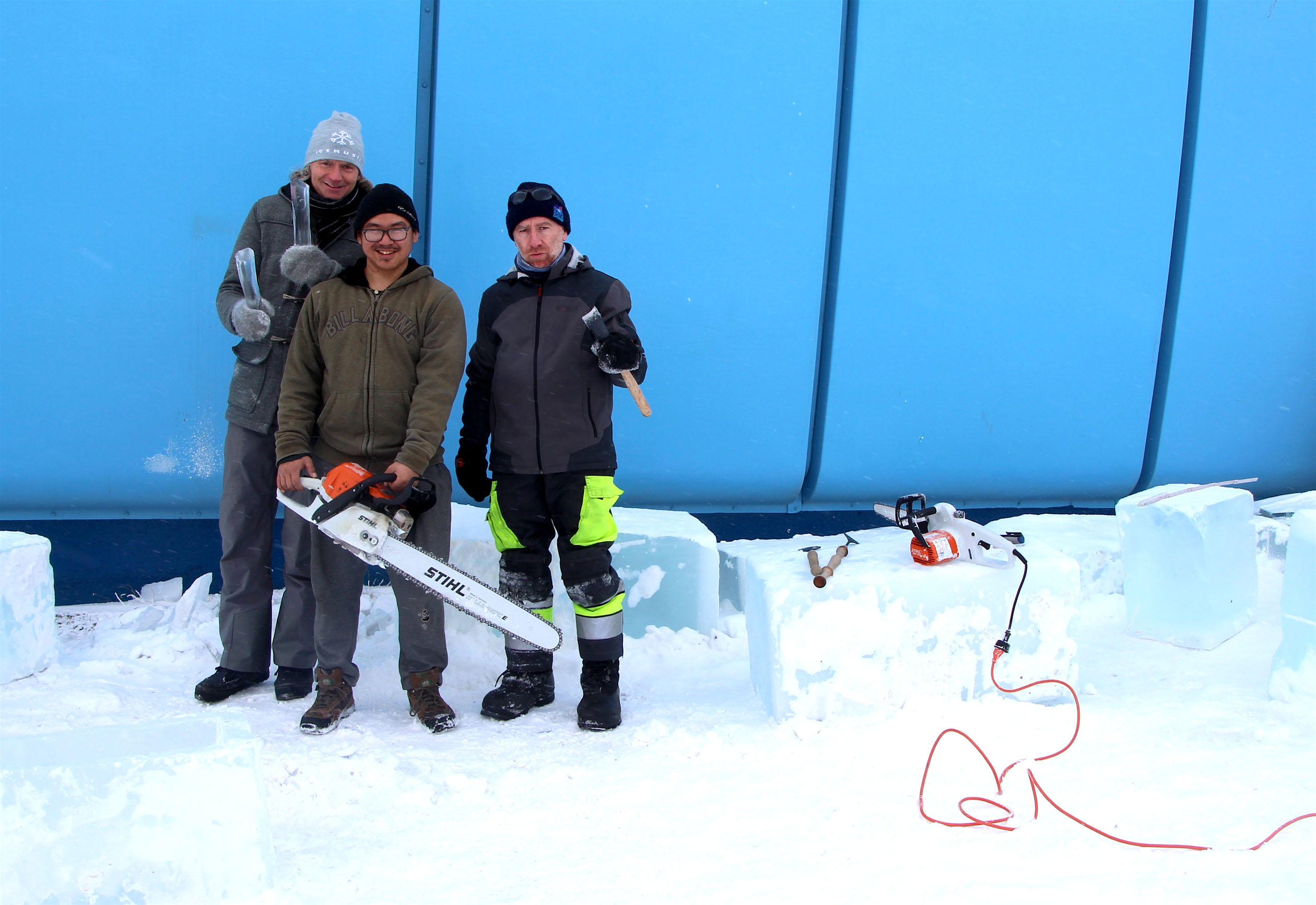 Get ready for some chilling melodies this weekend Iqalungmiut—Norway’s ice musician Terje Isungset is back in Iqaluit.

“The ice is good, it sounds really good,” Isungset said yesterday morning as he was finely tuning the keys of his “ice-ophone” with a small blade.

The keys—like all of the instruments being used in the Saturday and Sunday night Alianait shows at Inuksuk High School—are made of frozen lake water.

The last time Isungset and his group visited Iqaluit in 2015, the lake ice was more difficult to work with, he said, though he isn’t sure what factors make ice good or not.

The March 17 and March 18 shows begin at 7:30 p.m., which is around the time that the freshly carved instruments—including a horn, drum set and other percussion instruments—will be rolled onto the school’s main stage. If they bring them in too early, the instruments won’t last for both shows.

Isungset has been making music with ice for almost 20 years.

On this trip, Norwegian folk and jazz singer Mari Kvien Brunvoll will join him on stage. And ice carver Eric Mutel is the man behind the instruments.

Isungset told Nunatsiaq News that he wants to keep the details of the show a surprise, but he did say he would be working with some local throat singers.

“I want to work with the rhythms—I’m very fascinated by the rhythms of the throat singing—we’ll do some very rhythmical stuff.”

When asked if there would be any new instruments for the show this year, he said, “they are new every time!”

Iqaluit artists Mary Itorcheak and Colleen Nakashuk will be the opening acts for the performance.

The Ice Music performers have been travelling a lot lately, to places like London, Belgium and Tokyo. Isungset recently performed at the 2017 Nobel Prize banquet in Stockholm.

All that to say: you’re in for a world-class show.

Tickets are $26 in advance for adults and $15 for youth aged 13 to 18. You can buy advance tickets at Arctic Ventures Marketplace or online at www.alianait.ca.

The cost is $30 at the door or $18 for youth. Alianait shows are free for elders and children aged 12 and under who are accompanied by an adult.